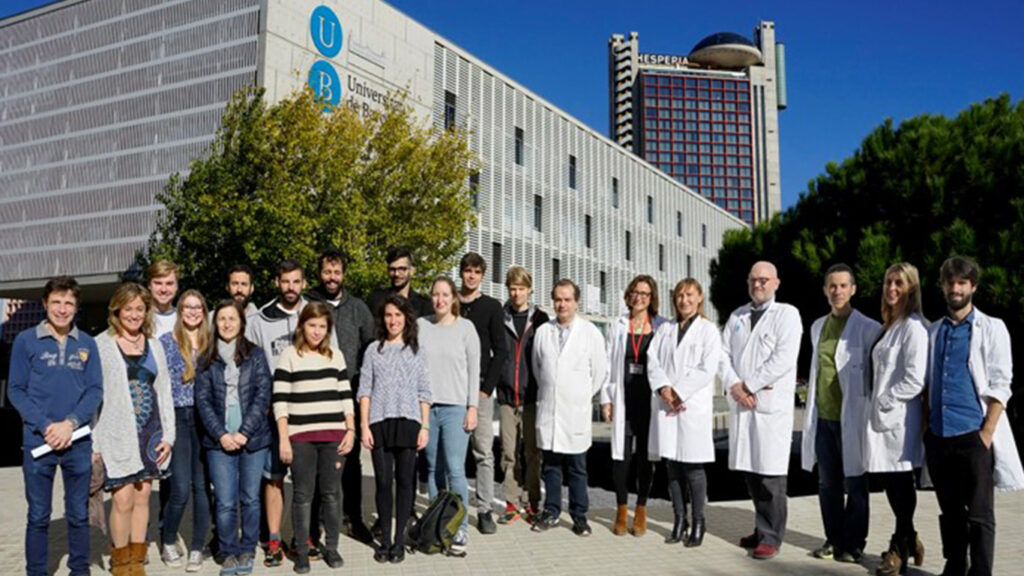 Photopharmacology is an emerging area of ​​science based on the development of photosensitive drugs, in other words, drugs that activable with light. This innovative technology combines drugs with molecules that act as switches and modify the structure, and therefore the biological activity, with light. This modulation enables the drugs to be activated at the desired place, time, and intensity, focusing their action and avoiding side effects due to their unwanted activity on other tissues.

The research group in Neuropharmacology and Pain of the Bellvitge Biomedical Research Institute (IDIBELL), the Faculty of Medicine and Health Sciences and the Institute of Neurosciences (UBNeuro) of the University of Barcelona (UB), led by Dr. Francisco Ciruela, has just presented a photoactivatable derivative of morphine, a photogrug to treat psoriasis locally, and a adenosine fotoactivable that permits the pain transmission study.

Morphine, and the other derivatives of opiates, are currently the most widely used treatments to alleviate pain. Although these are very effective drugs, most have serious side effects such as addiction and dependence. In addition, patients can develop tolerance to their analgesic effects, forcing an increase in the dose. In the United States, it is estimated that each year more than 70.000 people die as a result of an opioid overdose, 30% of patients who are prescribed opiates do not take them in the appropriate guidelines, this makes that 10 % of patients end up developing drug dependence.

Dr. Ciruela’s team, in collaboration with Dr. Amadeu Llebaria (IQAC-CSIC, Barcelona), has designed, synthesized, and characterized a photosensitive derivative of morphine that can be activated locally through light with great precision. This morphine has been shown to have an analgesic effect in mice. Additionally, the remote and local activation of this compound has been shown to prevent tolerance to the analgesic effect and the appearance of drug dependence. The work has been published in the British Journal of Pharmacology.

“Photopharmacology has allowed us to create an opiate-based therapy with an optimal risk-benefit ratio“, says Dr. Ciruela, “photosensitive morphine has proven the same analgesic efficacy than the original, but avoiding the addition, tolerance, and general side effects that are often caused by opiate derivatives“.

A solution for psoriasis

Researchers have also presented a photopharmacology-based psoriasis solution in the journal Pharmacological Research. In this case, they have designed, in collaboration with Prof. Kenneth Jacobson (NIDDK, NIH, Bethesda, USA), a light-activatable molecule that binds to the adenosine receptor A3 inducing a powerful anti-inflammatory effect.

Psoriasis is a chronic skin disease that affects 2% of the population. It is manifested mainly by skin symptoms such as dryness, itching, scaly skin, abnormal spots, and plaques. All of them are caused by the overgrowth of skin cells keratinocytes and by an aberrant immune response. The available treatments are mainly focused on alleviating the symptoms, not the cause of the disease, and in the most severe cases, immune-modulating treatments are used and have serious side effects due to generalized immunosuppression.

“The photodrug that we present is capable of preventing psoriasis symptoms in mice. In addition, its local fotoactivation in the affected damaged skin prevents the appearance of side effects derived from the drug’s anti-inflammatory systemic potential“, comments Marc López-Cano, first author of both articles.

A tool to study pain transmission

Finally, the same researchers have developed a photocommutable derivative of adenosine in collaboration with Prof. Dirk Trauner (Department of Chemistry, New York University, New York City, USA). This new drug permitted them to mapped the contribution of different adenosine receptors in pain transmission.

Adenosine is a fleeting neuromodulator of nervous system cells. It can act as an endogenous analgesic, but the adenosine receptors responsible for this effect were unknown. Now, thanks to this new photopharmacological tool, researchers have been able to find out which adenosine receptors are responsible for the analgesic effect of adenosine at both the peripheral and central levels. This information will be very valuable for the design and synthesis of selective adenosine drugs for the management of peripheral and central pain. Results have recently been published in the journal Bioconjugate Chemistry.