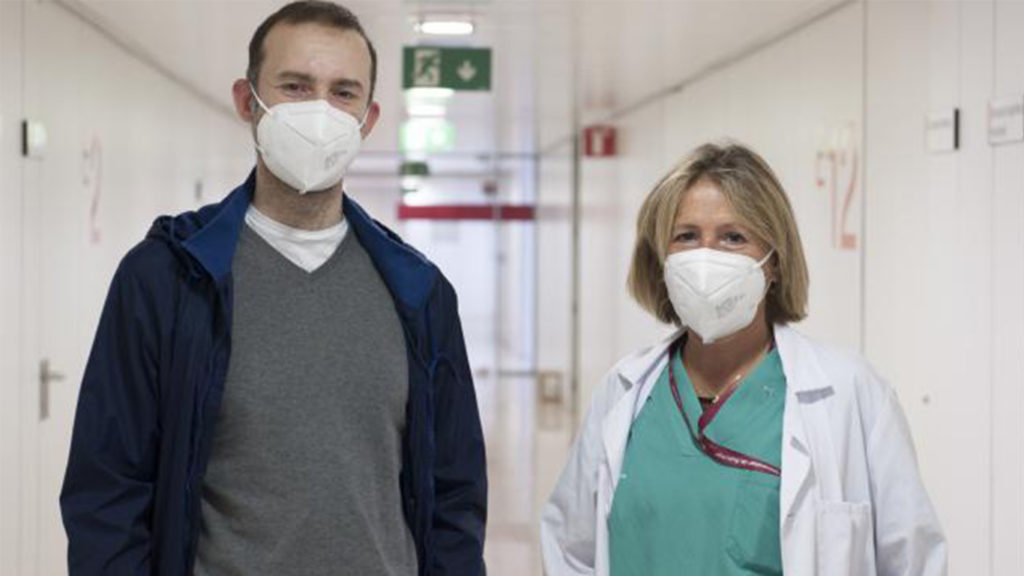 Amyotrophic lateral sclerosis (ALS) is a neurodegenerative disease that is designated as spinal when the first symptoms appear in the spine, arms or legs, or as bulbar when the deterioration of neurons begins in the spinal bulb, located at the base of the brainstem. Symptoms of bulbar involvement are problems with speech and swallowing. The bulbar onset of ALS is minor in relation to the spinal cord, but patients have a worse prognosis. Despite the differentiation in the manifestation of the first symptoms of the disease, 80% of ALS patients end up experiencing articulation problems in speech. Speech impairment can begin up to 3 years before the diagnosis of ALS, making early detection of bulbar involvement essential.

With these premises, the CIMNE researcher Alberto Tena began to develop this project, which is based on the recording and acoustic analysis of the pronunciation of the 5 vowels of the alphabet by 45 patients with ALS in the Hospital of Bellvitge and 18 control people. With the acoustic analysis of the pronunciation of the vowels, machine learning systems (artificial intelligence from supervised learning) were nurtured, which have made it possible to develop voice models or markers with very satisfactory results in identification and differentiation. of study participants with bulbar involvement, those who did not have it, and the control group.

“We still have a lot of work ahead of us, but the first results we have obtained show that bulbar involvement can be detected with automatic models before it is perceptible to the human ear, and that objective measures can be established to facilitate early diagnosis. and precise”, emphasizes Alberto Tena. Currently, up to 10% of ALS patients are not properly diagnosed with bulbar involvement at first.

For her part, Dra. Mònica Povedano, principal investigator at Neurologic Diseases and Neurogenetics research group of IDIBELL and head of the Functional Unit of Motoneuron Disease at Bellvitge Hospital, considers that the research opens the door to take advantage of the great potential of the voice in the diagnosis of bulbar involvement “and at the same time demonstrates the value of integration of other disciplines in our work. In this case, it is the engineers who can help us in the diagnosis of neurodegenerative pathologies ”, he concludes.

The continuation of the project involves expanding the database with more voices and new analysis parameters that allow more accurate results aimed at improving the identification of bulbar involvement in ALS patients. The project of voice analysis for machine learning for the detection of bulbar involvement in ALS patients is also the focus of Alberto Tena‘s doctoral thesis, carried out at the University of Lleida (UdL) under the direction of Drs. Francesc Clarià and Francesc Solsona. The work, in which the Tallinn University of Technology (Estonia) also collaborates, has been published in the Journal of Medical Internet Research.