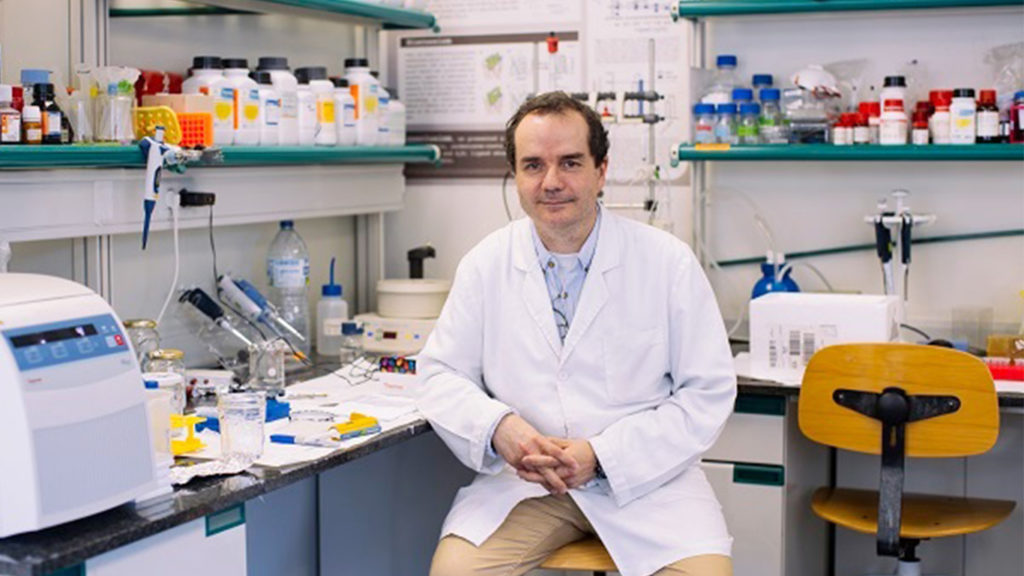 A team from the Neuroscience Program of the Bellvitge Biomedical Research Institute (IDIBELL) and the School of Medicine and Health Sciences of the University of Barcelona (UB), has just presented a promising candidate for a diagnostic biomarker for Parkinson’s disease. This candidate is a fragment of a G protein-coupled receptor (GPR37) present in neurons.

The study, published in the journal Translational Neurodegeneration and led by Dr. Francisco Ciruela, shows that only patients with Parkinson’s disease patients, and not with other neurodegenerative diseases such as Alzheimer’s, have high concentrations of GPR37 fragment in the cerebrospinal fluid. These findings demonstrate the high specificity of the biomarker.

“Unlike the brain, we can access the cerebrospinal fluid much more easily,” says Dr. Ciruela, also member of Neuroscience Institute of Barcelona University (UBNeuro) “Cerebrospinal fluid is a mirror of what happens in the nervous system. It can give us a lot of information.”

Likely causing this increase is the hypothesis that, when the GPR37 receptor reaches the surface of neurons in the brain, its extracellular domain is cut off and released into the extracellular space. It then circulates, in increased concentration, in cerebrospinal fluid.

GPR37 is an orphan receptor, which means that it has not known endogenous ligation or a recognized neural function. However, “the soluble fragment found in the cerebrospinal fluid of this receptor could be playing a role in cell signaling, and therefore, it could be a potential therapeutic target for Parkinson disease management,” says Dr. Ciruela.

The future of the GPR37 receiver

Although the results obtained by the IDIBELL and UB team are very promising, the role as a biomarker of the soluble portion of GPR37 should be validated in a bigger cohort to implement its clinical use.

In this sense, the team of Neuropharmacology and Pain of Dr. Ciruela has just been awarded a grant from The Michael J. Fox Foundation for Parkinson’s Research that will allow them to carefully define the sensitivity, specificity, and detection limit of the new biomarker. This project will be a collaboration with the Karolinska Institute in Stockholm, specifically with Dr. Per Svenningsson’s group. This is a three-year project with a funding of € 125,033.17.