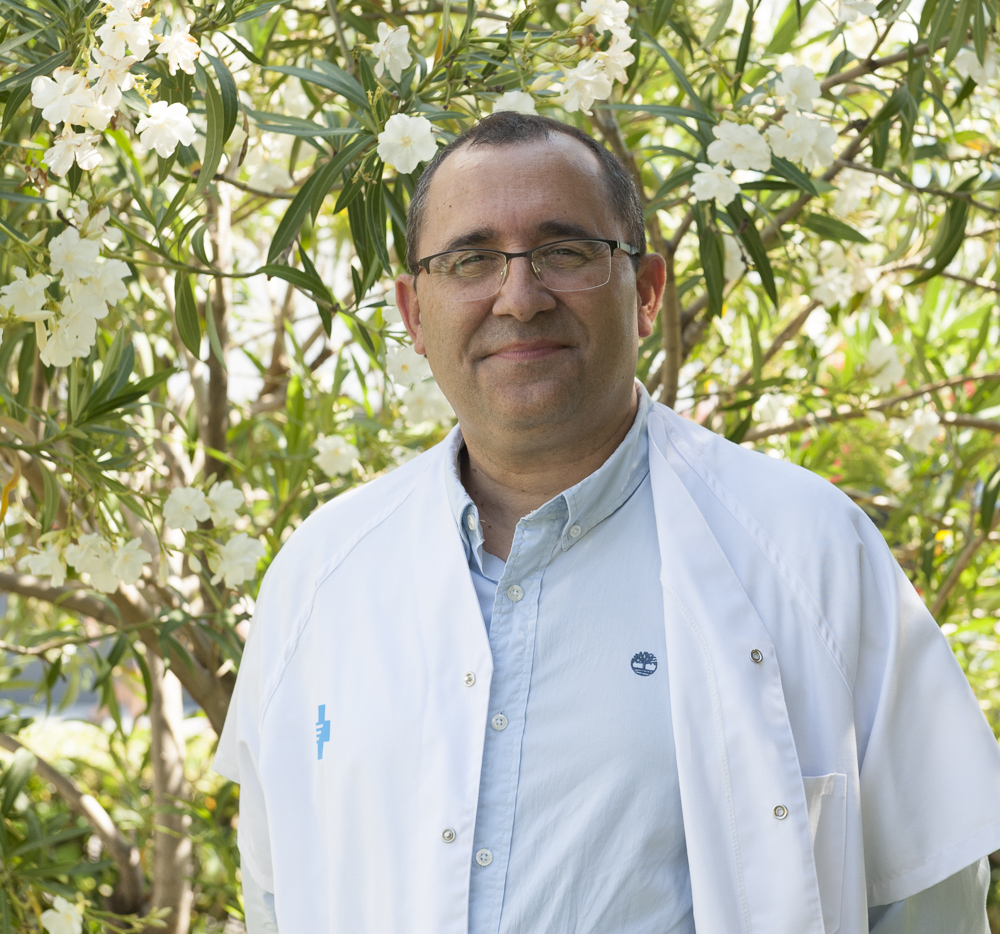 Dr. Fernando Fernández-Aranda is a principal investigator in the Psychiatry and Mental Health Group at IDIBELL, coordinator of the Eating Disorders Unit at Bellvitge University Hospital, and Head of the CIBER Obesity and Nutrition Group.

He is currently the editor-in-chief of the European Eating Disorders Review, a journal that has published a special issue in October focusing on the impact of the pandemic and lockdown on patients with eating disorders and obesity. We spoke with Dr. Fernández-Aranda about this special and the reflections they have extracted.

What led you to prepare this special issue? What have been your motivations?

This is a special issue planned in March when the pandemic exploded. At that time, we observed that the pandemic and lockdown were deeply affecting patients with eating disorders and obesity, so, with colleagues from institutions from 19 different countries, we decided to prepare an editorial, also published at the European Eating Disorders Review.

In this first editorial, we incorporated a series of recommendations for patients, relatives, and therapists. In a short time, it became the most downloaded article in the journal, reaching up to 10,000 downloads.

Since this first editorial, many other articles appeared that addressed the same subject in a general way. Because of that, we decided to collaborate to make a deep evaluation of the subject, with data, with results, and with solid conclusions. Therefore, we started to work with international groups to gather information and provide real patient data. To do this, we created a form, which was translated into 19 languages, to systematically collect patient data.

In June, we already had all the data collected and analyzed, and from these, we extracted the set of articles that are part of this special issue. We wanted to know how the pandemic was affecting patients and their families, at the same time that we identify vulnerabilities and extract lessons for future confinements. The most important result of all this effort has been the creation of a series of tools that can help us to collect systematic information on an international scale and thus be able to react more adequately and with less pain in the future.

Why are people with eating disorders or obesity more affected by pandemic?

Before the pandemic and lockdown, we had a constant connection with patients, ongoing treatments in which patients had placed their hopes, and suddenly all this was altered. It seemed that we had to start from the beginning. We had to adapt us to the new reality, and although we did it pretty quickly, it took time. We had to change treatment routines that affected the patients.

Also, confinement presented other challenges that our patients had to overcome. For example, many of them with anorexia nervosa use physical activity not only to feel better but also as a strategy to lose weight. In these patients, confinement and incapacity to exercise were a problem for them, and they used dietary restrictions to avoid weight gain. This led to the appearance of much more severe cases.

Another example is patients with bulimia or binge eating disorder. In confinement, they had much more access to different types of food, which meant that in difficult or emotional situations they used food more often as an escape valve.

Confinement also implied a decrease in social contact, a contact that many of them used to communicate and deal with situations that they do not know how to deal with. This added to the anguish and fear of an uncertain future in a specific family situation, which was not always the most favorable.

Which aspects of the pandemic have affected most this type of patient? Isolation, uncertainty, change of routine, fear, …?

There has been no specific aspect, they have been affected by the whole.

For example, although uncertainty was an emotion that affected all of us, maybe they were especially affected. These types of patients are usually very controlling, especially in anorexia, they want to know what will happen today, tomorrow, the day after tomorrow and the other, which was more difficult to control during the pandemic, and that affected them negatively.

Isolation has led us to replace direct social contact with virtual contact. What have been the consequences of this change?

This has increased the social media consumption in search of this new contact, which has implied that patients compare themselves more than usual. In some cases, they used social media to manage negative emotions. That means that social media were having a high impact on unappropriated behavior.

It is also the case with video games or series. The lockdown has allowed a passive consumption of these for 8 or 9 hours a day, which was not the most suitable for them.

Have you noticed an increase in cases of eating disorders?

There are two important situations to consider this issue.

On the one hand, there are diagnosed cases that have worsened their situation and symptoms during confinement. However, other cases resulted beneficiary from cohabitation with the family.

And, on the other hand, in the general population, we find people who may not have had a problem yet but who were at risk, and the current situation has led them to use food as an exhaust valve, which has ended up triggering the problem.

Now, you see the most immediate effects. Do you anticipate that there may be long-term consequences?

Some patients have been affected by confinement because, in that situation, the treatment has not given the desired results. This is a disappointment for them, because they have to deal with a new failed treatment when this has been generated by a situation that no one expected and out of their control.

On the other hand, the fears, anxiety, uncertainty, and personal situations that patients have experienced are the same as we have all experienced. They are people who, like everyone, have had problems during the pandemic, perhaps a relative has died or they lost their job, situations for which they do not have so many tools.

Of all the consequences you have seen that patients have after confinement. What surprised you the most?

There may be a positive result, and it is that there are patients who have not gotten worse, who have been able to use a whole series of tools and mobilize resources. And with that has come resilience. Therefore, this is good because it also guides us on positive behaviors that prevent worsening.

Which of the tools you have generated would you highlight?

Thanks to this joint effort to create this special issue, we have been able to generate a scale to measure the impact that confinement can have on patients and their families. A scale validated and translated into 19 languages and freely available to everyone.

We need to move together to move forward, because, despite confinement and physical distancing, we need social contact, contact between researchers, even more often than we did before. Webinars, virtual conferences, and all these types of telematic events are a way to stay up to date and at the same time maintain social contact.