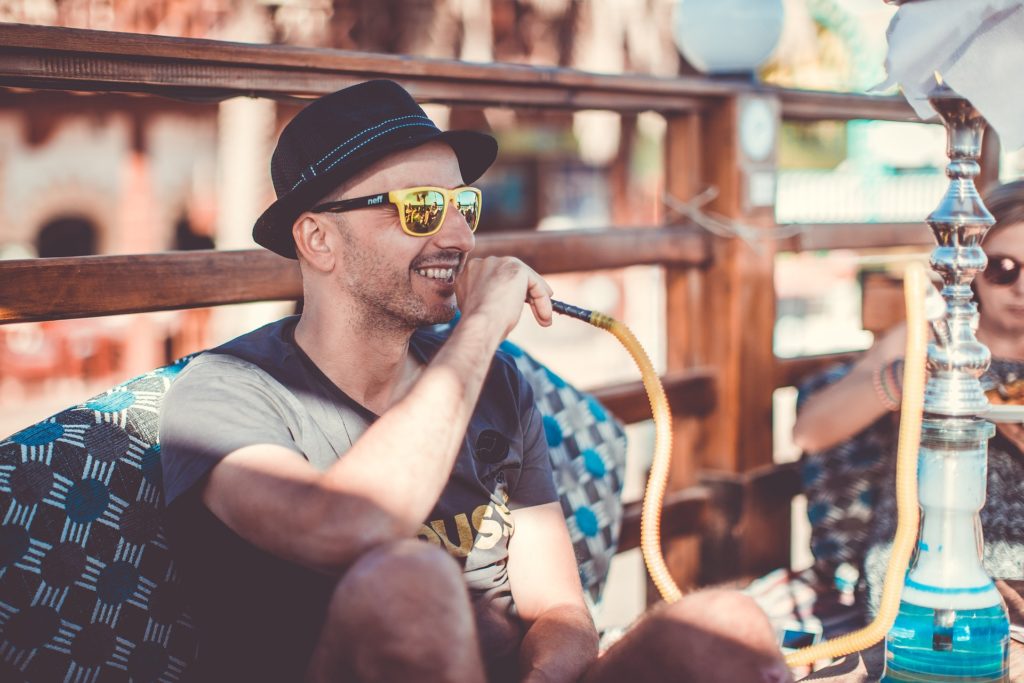 • Despite the prohibition of smoking inside restaurants and entertainment venues, water pipes, popularly known as ‘shishas’, are used without any type of restriction. This causes levels of nicotine in the air and fine particles to be detected in these places above the maximum exposure levels.

• Smoking in water pipes and passive exposure to the smoke they produce, increase the risk of lung cancer and other cardiovascular diseases. It is for this reason that its use should be regulated and compliance with the regulations guaranteed.

• These results, the fruit of the first study of these characteristics that has been carried out in Spain and Europe, have been published in the scientific journal ‘Environmental Research’, specialized in environmental and health research. The work has been led by researchers from the Tobacco Control Unit of the Catalan Institute of Oncology (ICO) – Bellvitge Biomedical Research Institute (IDIBELL) in collaboration with researchers from the University of Alcalá de Henares and the Barcelona Public Health Agency.

Water pipes, popularly known as ‘hookahs’ or ‘shishas’, are a relatively new way of smoking tobacco in our environment, especially among young people. However, its consumption and passive exposure to its use is not without danger, since it increases the risk of lung cancer, respiratory and cardiovascular diseases due to the toxins derived from tobacco and the fine particles they emit.

A study carried out by the Tobacco Control Unit of the Catalan Institute of Oncology (ICO) – Bellvitge Biomedical Research Institute (IDIBELL) in 20 places of Barcelona where people smoke with ‘shishas’ on a regular basis, shows the presence nicotine and fine particles in the air of these places. This is the first study of its kind carried out in Spain and Europe and it has been published by the scientific journal ‘Environmental Research’, specialized in environmental and health research.

The team that has analyzed these data has been led by researchers from the ICO-IDIBELL Tobacco Control Unit and in collaboration with researchers from the University of Alcalá and the Barcelona Public Health Agency, in the framework of the Consorcio de Investigación Biomédica en Red (CIBER) of the Carlos III Health Institute.

The false belief of harmlessness of water pipes

In Spain, despite the ban on smoking inside restaurants, the use of water pipes is becoming popular given the belief that they are harmless products, without tobacco, due to their fruity aromas and sweet taste. Although they can be consumed with products derived from various herbs, without tobacco, most preparations do, as shown in this study where 19 of the 20 places analyzed had nicotine in the environment and in high concentrations.

Nicotine is a specific and unique marker of tobacco combustion, in this case in water pipes. The high levels of fine particles come from the tobacco itself and the glowing charcoals that the pipes contain. Thus, the results indicate that, despite the prohibition of the consumption of tobacco products inside bars, cafes or restaurants, the study detects high levels of nicotine (1.15 microgr/m3 on average, with values ​​of up to 8.16 microgr/m3) and fine particles (average of 230.5 microgr/m3, maximum value of 1,758.10 microgr/m3), well above the levels measured in control points on public roads, of 0,03 microgr/m3 of nicotine and 10,00 microgr/m3 of fine particles.

According to the first author of the study and ICO-IDIBELL researcher, Ariadna Feliu, “these data show that the use of water pipes must be regulated in more detail, with or without tobacco, given the high concentration of fine particles that they produce and which are a health risk”. On the other side, Marcela Fu, co-author of the article and also ICO-IDIBELL researcher, explains that “water pipes are a gateway to nicotine addiction among young people and adolescents that leads to the consumption of other forms of tobacco.” And all this in a context like the one we are experiencing at the moment, of a global pandemic situation due to COVID-19, in which the ICO Director of Epidemiology and Prevention and head of the study, Esteve Fernández, remarks that “the shared use of water pipes between several people and exhaled smoke increases the risk of infection by coronavirus”.