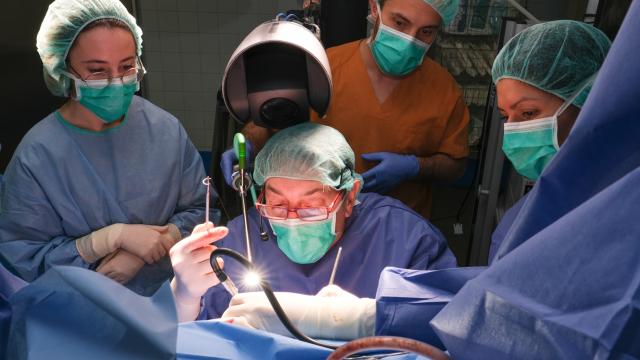 Among the different types of cancer, colorectal cancer is the most diagnosed in Spain, ahead of prostate, lung and breast. According to data from the Spanish Society of Medical Oncology (SEOM), during 2020 more than 30,000 new cases of colon cancer and more than 14,000 of the rectum will be registered in Spain. Surgical removal of tumors located in the lower part of the rectum, when an oncologically radical intervention can be performed with preservation of the anal sphincters, involves in most cases the association of a protective ileostomy. The ileostomy, which consists of placing the small intestine into the abdominal wall, aims to avoid the serious complications related to the coloanal anastomosis (union). However, ileostomy can cause a series of problems related to complications in the reoperation for its closure or dehydration due to excessive loss of liquid excrements, even others of a more psychological nature, which affect the quality of life of ostomy patients.

The multicenter clinical trial, coordinated by the Digestive Tube Pathology group at IDIBELL and the General and Digestive Surgery Service of the Bellvitge Hospital, has evaluated an alternative technique for the surgical approach to ultra-low rectal cancer in about a hundred patients that avoids ileostomy and the impact that derives from it. This technique, known as Turnbull-Cutait , was first performed in the 1950s. This strategy resolves the junction between the colon and anus after cancer resection in a delayed manner in two stages, 7 days apart. In a first action, a portion of about 7-10 cm of the colon is expelled through the anus. During the next 7 days, the coloanal connection is consolidated without the need for a suture and the protruding portion is cut. “The ultimate goal is for a patient with cancer of the lower rectum to be able to leave the hospital without having to perform an ileostomy,” as explained by Dr. Sebastiano Biondo, head of the Digestive Tube Pathology group at IDIBELL, from the Surgery Service General and Digestive Hospital of the Bellvitge University Hospital and coordinator of the work.

The conclusions of the clinical trial, in which the Vall d’Hebron University Hospital and the Instituto Nazionale Tumor Fondazione G. Pascale-Istituto di Ricovero e Cura a Carattere Scientifico of Naples have also participated, show very similar results between the use of the Turnbull-Cutait technique and standard colo-anal with ileostomy regarding postoperative complications after tumor resection.

Share on Facebook
Share on Twitter
Share on Linkedin
Share on Email
Tweets by @idibell_cat
Tags: Digestive tract pathology,
Manage Cookie Consent
To provide the best experiences, we use technologies like cookies to store and/or access device information. Consenting to these technologies will allow us to process data such as browsing behavior or unique IDs on this site. Not consenting or withdrawing consent, may adversely affect certain features and functions.
Manage options Manage services Manage vendors Read more about these purposes
View preferences
{title} {title} {title}
Scroll to Top