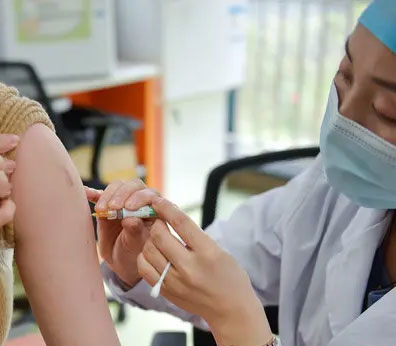 In 2018, approximately 570,000 women worldwide developed cervical cancer and about 311,000 died from this disease. A new study in which researchers from the Cancer Epidemiology Research Program (PREC) of ICO and IDIBELL have participated and has been led by researchers from the International Agency for Research on Cancer (IARC) and the Belgian Center of Cancer of the Sciensano Institute, provides a global assessment of the incidence and mortality patterns of cervical cancer worldwide. The study, which was published today in the scientific journal The Lancet Global Health, part of the GLOBOCAN estimates for 2018 available at the IARC World Cancer Observatory (http://gco.iarc.fr/today)y It serves as a basis to be able to measure the future impact of the disease.

Persistent infection with human papillomavirus (HPV) is the cause of cervical cancer. We currently have new highly effective tools to prevent it, both primary prevention (HPV vaccination), and secondary prevention (screening using HPV screening tests). Thus, in 2018, the Director-General of WHO launched an appeal to all countries of the world in order to be able to mobilize resources to end the disease. The objective of the World Health Organization (WHO) is to eliminate cervical cancer as a public health problem worldwide by vaccinating 90% of girls at the age of 15, screening 70% of the women between 35 and 45 years at least twice and treat 90% of women worldwide who suffer precancerous lesions or cancer.

Although the elimination of the disease can be achieved in a few decades in countries with high resources, it will take much longer in other countries and, especially, the poorest. However, if the SDGs established by 2030 were reached, elimination could be achieved at the end of the 21st century. Currently, the disease is the leading cause of cancer-related death in women in Eastern European countries and in West African regions. On the other hand, China and India constitute, together, more than a third of the global cervical load with 106,000 and 97,000 cases and 48,000 and 60,000 deaths annually, respectively.

“This work shows, once again, that cervical cancer continues to be a major public health problem in the world and that it especially affects women in countries with fewer resources. The data provided allows us to visualize where efforts have to be prioritized and intensified to effectively implement vaccination and screening, given the high burden of the disease “, says Laia Bruni, a researcher at the ICO and IDIBELL Cancer Epidemiology Research Program. And he adds, “These data are essential as a basis for measuring systematically and comparable to future achievements in preventing this cancer.”

Share on Facebook
Share on Twitter
Share on Linkedin
Share on Email
Tweets by @idibell_cat
Tags: Cancer, Infections and Cancer,
Manage Cookie Consent
To provide the best experiences, we use technologies like cookies to store and/or access device information. Consenting to these technologies will allow us to process data such as browsing behavior or unique IDs on this site. Not consenting or withdrawing consent, may adversely affect certain features and functions.
Manage options Manage services Manage vendors Read more about these purposes
View preferences
{title} {title} {title}
Scroll to Top