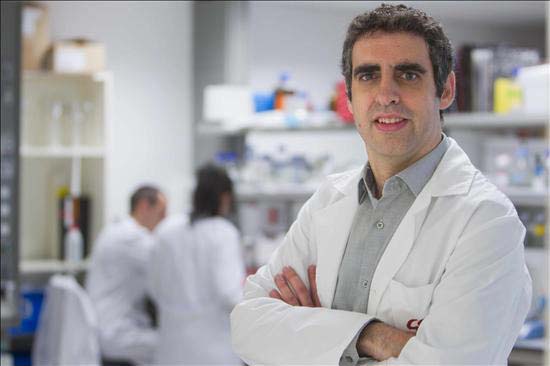 The jury of the “Severo Ochoa Award for Biomedical Research”, organized by the Foundation for Research Ferrer, has given this important award, in its twentieth edition, to Manel Esteller Badosa, director of the Epigenetics and Cancer Biology Program (PEBC), at the Bellvitge Institute of Biomedical Research (IDIBELL), ICREA Professor and Professor at the University of Barcelona, for his work “Cancer Epigenetics: From Knowledge to Application” . This time, a total of 40 candidates of the highest scientific level have arrived to the final.

This biennial award Ferrer Foundation aims to distinguish those relevant Spanish scientific figures that perform novel and innovative contributions in the field of biomedicine. Manel Esteller, which is one of the foremost authorities in the field of cancer epigenetics , will receive the award in Madrid on May 26, 2014 , at a public ceremony of relevant scientific.

As in previous editions, the responsibility of deciding the Award has gone to a jury consisting of members of the Scientific Committee of the Foundation, which is composed by professors Francesc Jané Carrencá , Professor of Pharmacology at the Autonomous University of Barcelona, ​​ex chief of Clinical Pharmacology, Hospital de Sant Pau and chairman of the Ethics Committee for Clinical Research ( CEIC ), Enrique de la Morena , former head of the Department of Biochemistry Experimental Fundación Jiménez Díaz , Joan Rodes Teixidor , director – president of the Institut Biomedical Research August Pi i Sunyer , Ciril Rozman , professor emeritus at the University of Barcelona , Margarita Salas Falgueras , CSIC research professor at the Center of Molecular Biology ” Severo Ochoa ” in Madrid and Eugenio Santos , Professor of Microbiology and Head Center for Cancer Research , University of Salamanca- CSIC.

The Ferrer Research Foundation is a non-profit , and from 28 years ago, works to encourage and recognize the progress of biomedical research in Spain , thanks to the grant of its Severo Ochoa Prize. In 1984 , Professor Severo Ochoa, Nobel Prize in Medicine and Physiology 1959 , decided to give his name to the awards