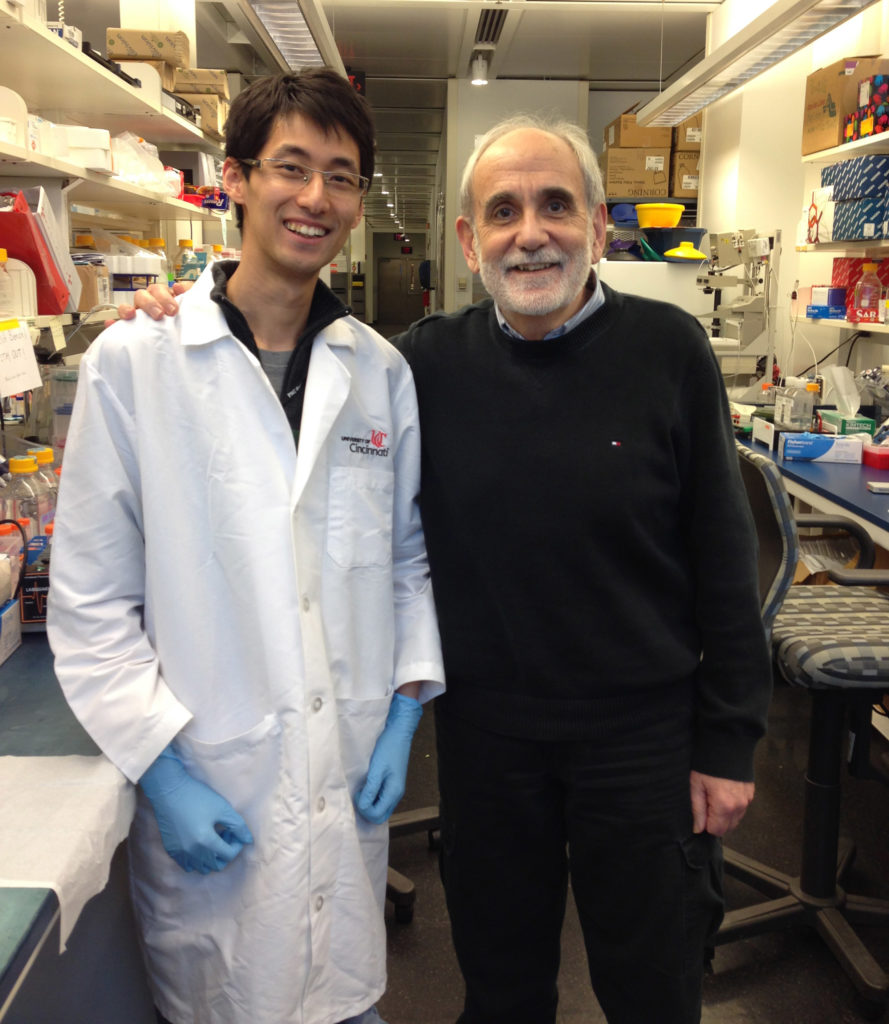 Researchers from the Laboratory of Cancer Metabolism (LCM) led by George Thomas at the Bellvitge Biomedical Research Institute (IDIBELL), the Catalan Institute of Oncology (ICO) and the Division of Hematology/ Oncology, University of Cincinnati, have shown that loss of either one of two tumor suppressors, ribosomal proteins RPL5 or RPL11, fail to induce cell-cycle arrest, but prevent the proliferation of cells as they have a reduced capacity to synthesize proteins. Thus, unlike other tumor suppressors, RPL5 and RPL11 play an essential role in normal cell proliferation a function cells have evolved to rely on when their levels are suppressed in lieu of a cell-cycle checkpoint.

The results are “Spotlighted” in the December issue of the journal of Molecular Cellular Biology.

Ribosomes are complex protein/ribonucleic acid macromolecular “machines” composed of approximately eighty distinct RPs and four non-coding ribosomal RNAs (rRNA) which translate the genetic code contained in messenger RNAs (mRNA) into functional proteins. Increased protein synthesis is an essential requirement for cell growth and the subsequent division of a parental cell into two daughter cells. The integrity of both events is tightly monitored to prevent deregulated growth and proliferation typical of a number human pathologies including cancer.

The Thomas team has previously shown that RPL5 and RPL11 together with non-coding 5S RRNA have a mutually dependent extra-ribosomal role as tumor suppressors, through their ability to bind Hdm2. This leads to the stabilization of p53, cell cycle arrest and apoptosis. Wild type cells rely on the tumor suppressor role of RPL5 and RPL11 to activate p53 checkpoint when there is an imbalance between the availability of ribosomal components and the demand for protein synthesis. Thus RPs not only support growth and proliferation, but they have a built-in mechanism through the RPL5/RPL11/5S rRNA-Hdm2 inhibitory checkpoint to prevent unwarranted growth.

Given the importance of RPL5 and RPL11 in tumor suppression, Teng Teng, a PhD. Student in the Thomas Laboratory at the University of Cincinnati set out to investigate the effect of their depletion on global translation, the induction of p53 and cell-cycle progression in primary human cells. They observed the depletion of either RPL5 or RPL11 unlike depletion of other essential RPs of the 60S ribosomal sub unit did not induce p53 but repressed cell proliferation, suggesting that an alternative cell-cycle checkpoint may regulate cell-cycle progression following their reduced expression. However RPL5 and RPl11 depleted cells did not accumulate in any specific phase of cell cycle.

Instead, as shown by BrdU pulse-chase experiments, they progressed at a much slower rate through each phase of the cell-cycle to a similar extent. This effect was associated with the general inhibition of global protein synthesis, such that mRNAs encoding key cyclins, including those of cyclin E1, A2 and B1 were present on polysomes of a smaller mean size in RPL5 and RPl11 depleted cells as compared to control cells. Consistent with this finding, co-depletion of p53 and RPL7a, another essential 60S RP, blocked the induction of the p53 cell-cycle checkpoint, but did not recue cell growth, as the effects of RPL7a depletions on global translation persisted.

The Thomas laboratory findings are consistent with a recent report highlighting the availability of ribosomes as the rate-limiting step in translation initiation. Thus mammalian cells appear to have evolved a general RPL5/RPL11/5SsRNA-dependent cell-cycle checkpoint in response to impaired or hyperactivated ribosome biogenesis, whereas in the case of lesions in RPL5 or RPL11 they rely on their essential role in ribosomes biogenesis, rather than a cell-cycle checkpoint, to limit proliferation.