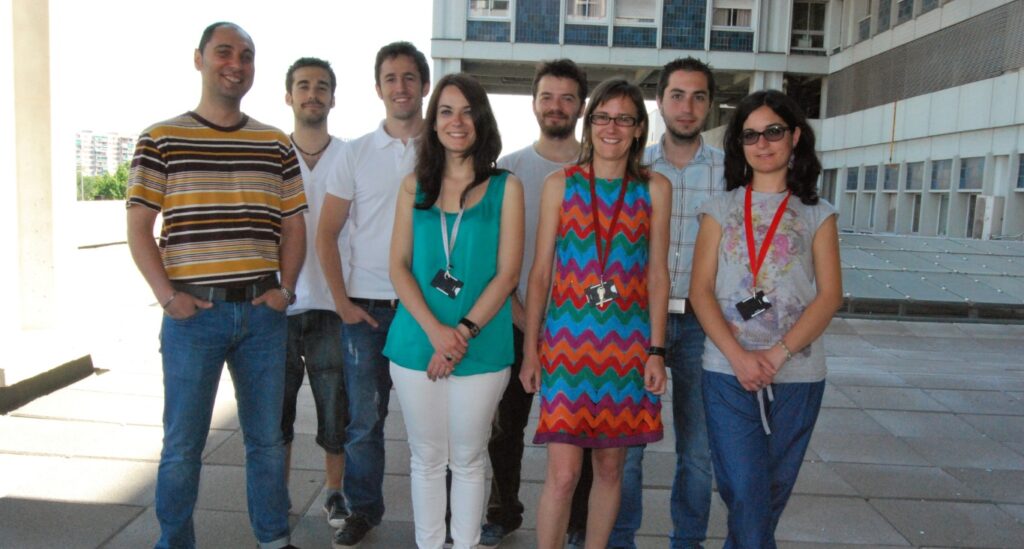 Researchers of the Transformation and Metastasis research group at Bellvitge Biomedical Research Institute (IDIBELL), led by Eva González-Suárez, have shown that overexpression of RANK signalling pathway interferes with the differentiation of the cells that form the mammary glands. This produces an accumulation of undifferentiated cells that finally leads to tumor development.

In previous studies, the laboratory of Eva Gonzalez-Suarez had already demonstrated that over activation of RANK signalling pathway promotes the initiation, progression and metastasis of tumors in breast epithelial cells.

In this article, published in the journal Stem Cells, researchers have extensively studied the role of RANK in the differentiation of breast cells from a transgenic mouse model that presents an over activaton of this pathway.

In a non-transgenic mouse, with normal levels of RANK, the cells of the ducts (tubes where circulates milk in the mammary glands) are differentiated into two lineages: the luminal cells that are oriented to the lumen of the duct and basal cells of lining.

“The two cell populations are well separated and tidy” explained Eva González-Suárez “but in genetically modified animals with high levels of expression of RANK was observed several abnormalities affecting the morphology: ducts are disorganized, do not form continuous layers of cells and they are not oriented as they should. ”

Using various techniques, researchers have demonstrated that mice with overactivation of RANK pathway accumulate breast stem cells that have not differentiated cells with basal and luminal characteristics, ie intermediate progenitor cells that have not performed the differentiation process. “This accumulation” said Gonzalez-Suarez, “leads to the development of heterogeneous tumors.”

The study also shows that in the unmodified mice as they age and after many pregnancies, naturally levels of RANK increase, which could explain that with age increases the risk of breast cancer.

Share on Facebook
Share on Twitter
Share on Linkedin
Share on Email
Tweets by @idibell_cat
Tags: Breast cancer, Cancer, Molecular Mechanisms and Experimental Therapy in Oncology Program - Oncobell, Transformation and Metastasis,
Manage Cookie Consent
To provide the best experiences, we use technologies like cookies to store and/or access device information. Consenting to these technologies will allow us to process data such as browsing behavior or unique IDs on this site. Not consenting or withdrawing consent, may adversely affect certain features and functions.
Manage options Manage services Manage vendors Read more about these purposes
View preferences
{title} {title} {title}
Scroll to Top