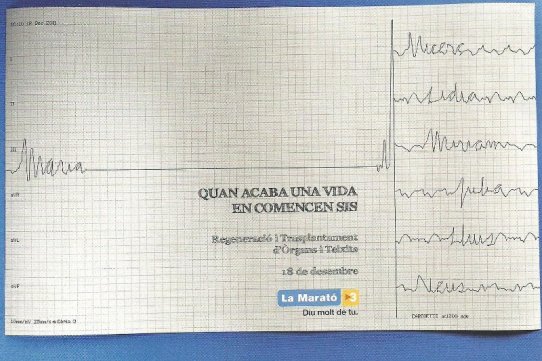 The aids were delivered during a ceremony held at the Assembly Hall of the University of Barcelona on November 5, presented by the Catalan journalists Xavi Coral and Espartac Peran. The event was chaired by the Catalan Minister of Health, Boi Ruiz; the vice-chancellor of the University of Barcelona, Dídac Ramírez, and the president of the Catalan Broadcasting Corporation and La Marató de TV3 Foundation, Brauli Duart. The researcher of the Blood and Tissue Bank Joan Garcia López thanked on behalf of the researchers that received funding awards.

In the 2011 edition, La Marató raised eight million euros to finance 29 projects carried out by 56 research teams. Among the projects receiving funding, 8 are unitary and 21 are coordinated between two or three research centres, involving the networking of Catalan research institutions with other national or international centres.

Among the research centres that have received funding, highlights the Clinic Hospital and the Institute of Biomedical Research August Pi i Sunyer, with seven winning projects; six of the Vall d’Hebron Hospital and Research Institute, and five for the Centre of Regenerative Medicine in Barcelona. IDIBELL awarded professionals, who research at the Bellvitge University Hospital and at the University of Barcelona, ​​have received funding to develop four projects:

The awarded researchers will work during the next three years to advance research in the field of organ and tissue transplants. The results obtained in these 29 projects will be presented in 2017, in a scientific symposium organized by La Marató de TV3 Foundation.