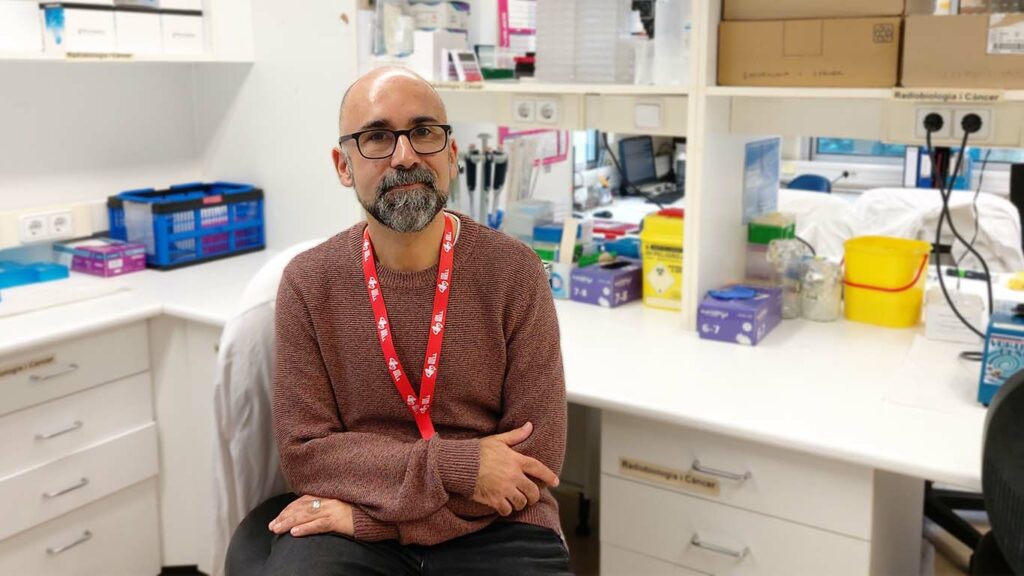 A study with the IDIBELL Sarcoma research group participation and led by the Molecular Pathology of Sarcomas group of the Seville Institute of Biomedicine (IBiS) has described that the G9a protein would be associated with the development of metastases in Ewing’s Sarcoma. Therefore, the overexpression of this protein would indicate an adverse prognosis. G9a is an enzyme that modifies DNA epigenetic signals, those that activate and inactivate gene transcription.

Ewing’s Sarcoma is a malignant round cell tumor, mainly pediatric, which is considered a rare disease in which the neoplastic cells are in the bone or soft tissues. 80% of patients with metastasis-free disease overcome the disease with standard treatment. However, in patients who develop metastases, the percentage is around 20-30%. Therefore, research efforts are focused on finding therapeutic alternatives that prevent the development of metastases or can increase patient survival.

In this preclinical study, the researchers propose an alternative to reduce the development of metastases in these patients using a drug, called BIX01294, which inhibits the activity of the G9a protein. The study has shown a significant decrease in cell proliferation and in several processes involved in metastatic development in vitro (migration, adhesion, invasion, and clonogenic capacity) after treatment with BIX01294. Furthermore, BIX01294 slowed primary tumor growth and reduced metastatic development in 40% of the two mouse models.

This work would support future clinical trials in patients in whom BIX01294 could complement the standard therapy of Ewing’s Sarcoma. Successful for those who do not present metastases, but which needs to be improved in those with adverse prognostic, comment the researchers.

Also participated in this work: The Sant Joan de Déu Hospital, the López-Neyra Institute of Parasitology and Biomedicine, the cancer division of Imperial College London, and the Network Biomedicine Research Center (CIBERONC). The study has been financed thanks to a grant to cooperative groups from the Spanish Association Against Cancer and two projects financed by the Carlos III Health Institute (PI17/0464, PI20/0003), as well as the research project of the Ministry of Health of the Junta de Andalucía (PI-0013-2018).