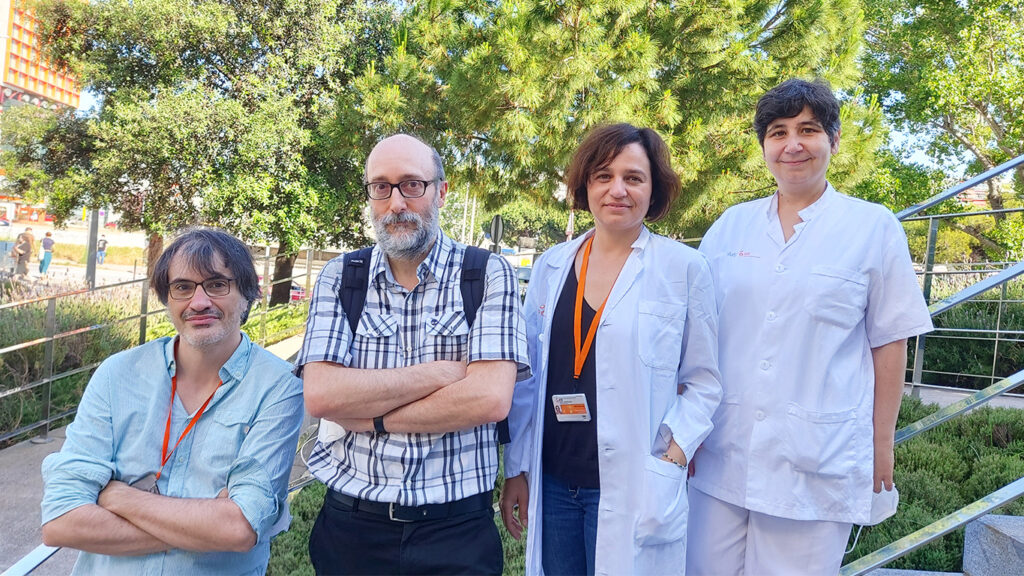 In lung cancer patients who have received chemotherapy and/or cranial radiotherapy, physical activity is able to reduce the neuronal damage caused by the treatment. A study that emerged from the collaboration between the Bellvitge Biomedical Research Institute (IDIBELL), the Catalan Institute of Oncology (ICO), the Bellvitge Hospital (HUB), and the University of Barcelona (UB), describe that sustained physical activity for three months prevents the loss of gray matter produced by the anticancer therapy.

“The results of the new study show that the beneficial effects of exercise are focused on the hippocampus, a brain region highly involved in memory and learning functions. Thus, we think that exercise would boost neuronal plasticity, reducing neuronal tissue loss neuronal and improving the cognitive functions of patients undergoing treatment“, comments Marta Simó, principal investigator of the Neuro-Oncology research group at IDIBELL, HUB, and ICO, a neurologist at Hospital de Bellvitge and leader of the project.

During the work published in the European Journal of Neurology, lung cancer patients underwent weekly two or six walking sessions plus one bike session for twelve weeks. The changes observed in the brain structure (analyzed on magnetic resonance images) and in the cognitive abilities were compared with a group of patients but who had not carried out the exercise program and with healthy individuals.

Lucía Vaquero, a researcher of the Cognition and Brain Plasticity group of IDIBELL and University of Barcelona and the first author of the work, specifies that “after three months, the group of patients with lung cancer without exercise had a loss of gray matter at hippocampus. Nevertheless, patients who had carried out physical activity not only had maintained the neural tissue but also they had increased the volume of gray matter compared to the initial situation, before starting physical activity“.

“patients who had carried out physical activity not only had maintained the neural tissue but also they had increased the volume of gray matter compared to the initial situation, before starting physical activity“, Lucía Vaquero.

This project has been possible thanks to the collaboration and coordination of different groups from the Bellvitge campus: the Neuro-Oncology research group at IDIBELL, ICO, and HUB, the Cognition and Brain Plasticity group at IDIBELL, the Faculty of Psychology, and the Institute of Neurosciences of the UB and the Physiotherapy Unit of the ICO. It has also been possible thanks to funding from the La Marató Foundation.

The analyzes carried out on the magnetic resonance images indicate that healthy people not exposed to cancer therapy have a greater volume of gray matter in the hippocampus compared to those patients undergoing therapy, with or without exercise. This is due to the toxicity associated with cancer treatments, widely described in the literature in the neuro-oncology field.

Previous studies have indicated that chemotherapy causes changes in brain structure, which could have effects on cognitive functions. However, the exact mechanism remains unknown.

In the same way, cranial radiotherapy, a common strategy in lung cancer to prevent brain metastases, also affects the hippocampus, causing damage that can lead to dementia in the long term.

Exercise and its benefits

Many studies point to the neuroprotective effect of exercise, especially in the hippocampus. Sport protects against cognitive decline associated with aging and improves learning by promoting neurogenesis and brain plasticity. Additionally, studies in animal models in cancer therapy show that exercise decreases general inflammation, increases levels of growth factors in the brain, and improves cranial blood circulation.

“This study aimed to determine if exercise also protects against damage caused by therapy against lung cancer”, says Dr. Simó “and, indeed, we observed that those patients in treatment who follow the exercise regimen did not suffer a loss of neuronal tissue, what is more, they gained tissue. Furthermore, physical activity improves cardiovascular endurance and respiratory efficiency in lung cancer patients”.

Share on Facebook
Share on Twitter
Share on Linkedin
Share on Email
Tweets by @idibell_cat
Tags: Cancer, Cognition and Brain Plasticity, Molecular Mechanisms and Experimental Therapy in Oncology Program - Oncobell, Neuro-Oncology, Neuroscience Area, Neuroscience Program,
Manage Cookie Consent
To provide the best experiences, we use technologies like cookies to store and/or access device information. Consenting to these technologies will allow us to process data such as browsing behavior or unique IDs on this site. Not consenting or withdrawing consent, may adversely affect certain features and functions.
Manage options Manage services Manage vendors Read more about these purposes
View preferences
{title} {title} {title}
Scroll to Top