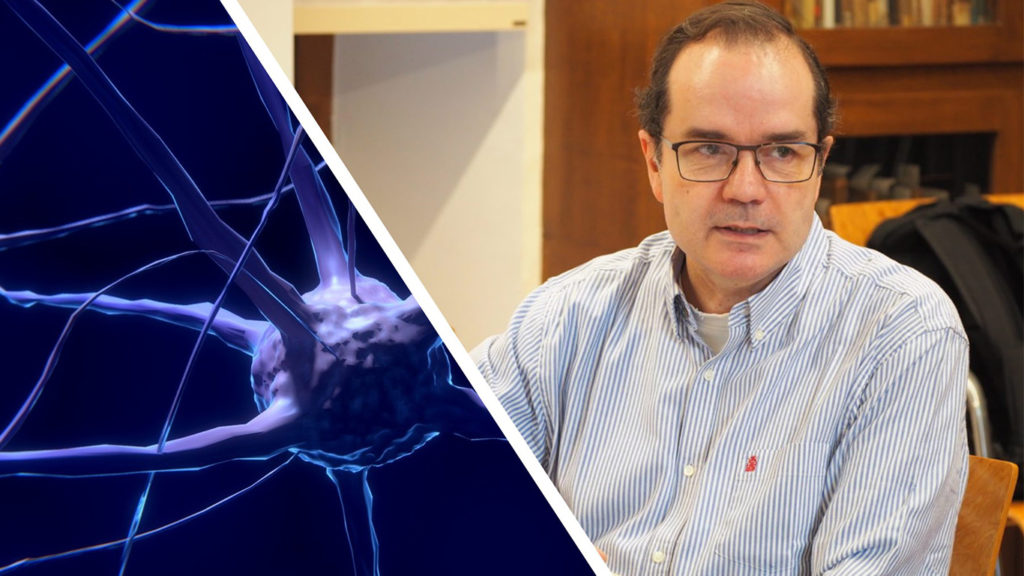 Schizophrenia is a severe neuropsychiatric disorder that manifests itself through hallucinations, delusions, and behavioral and motor disorders. Historically, this disease has been associated with an overactivation of dopaminergic neuronal circuits, which, according to a recent hypothesis, could be linked to a decrease in adenosinergic transmission, its inhibitory pathway, in our brain. Thus, it is postulated that the decrease in the adenosine concentration, its receptors, and/or the interactions of both receptors, could be the cause of the imbalance in dopaminergic neurotransmission.

A team from the Bellvitge Biomedical Research Institute (IDIBELL), the Faculty of Medicine and Health Sciences and the Institute of Neurosciences of the University of Barcelona (UBNeuro), led by Dr. Francisco Ciruela, has detected in animal models and postmortem samples from patients with schizophrenia a reduced interaction between dopamine and adenosine receptors, which would explain the overstimulation of the dopaminergic pathway observed in these patients. Furthermore, the results show that this alteration is independent of the expression levels of both receptors.

“The results propose the lack of interaction between neuronal receptors to explain the imbalance observed in schizophrenia,” says Dr. Ciruela. And he adds, “these discoveries suggest that drugs that promote the interaction of the two receptors would be a good strategy in the management of schizophrenia.”

In the next phase of the study, published in the journal Neuropsychopharmacology, the researchers demonstrate that chronic treatment with classic antipsychotics, that block dopamine receptors, restore the interaction between the two receptors in mouse models. Which could explain the beneficial effect of these drugs for some of the symptoms of schizophrenia.