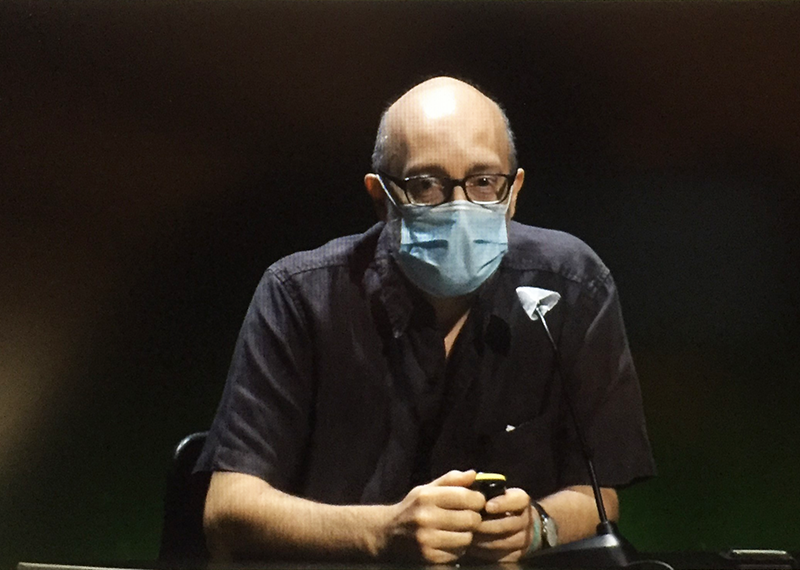 A trip into the musical brain: this was the artistic and scientific experience that the 2020 edition of the Sónar+D Festival offered this past Saturday, within a special program that combined the streaming and face-to-face formats from the Center for Contemporary Culture of Barcelona. Dr. Antoni Rodríguez Fornells, a researcher at IDIBELL, ICREA and the University of Barcelona, co-starred in the performative and divulgative event, along with the artists Mans O and Rob Clouth.

Presented by Antònia Folguera, content and communication curator of Sónar, the session brought to the public the research that Fornells is carrying out as head of the group on Cognition and brain neuroplasticity at IDIBELL. During his intervention, the researcher raised the question of why our brain is capable of decoding music in a rich panorama of emotional and motivational experiences, and dissected the cognitive processes and brain areas associated with pleasure, emotion, memory and musical identities. Within his speech, he emphasized the studies he carries out with patients who have suffered an stroke and follow music-based therapies. In turn, Mans O and Rob Clouth exhibited their own creative processes and offered a live demonstration of their digital creations.

IDIBELL’s participation in Sónar+D was carried out thanks to the close collaboration that the Institute maintains with the L’Hospitalet city hall and, specifically, with the Torre Barrina equipment, managed by the Department of Culture and Social Innovation of the city. During the weekend, Torre Barrina hosted other activities related to Sónar, such as the presentation of the #LHospitaletXR Innovation Festival.