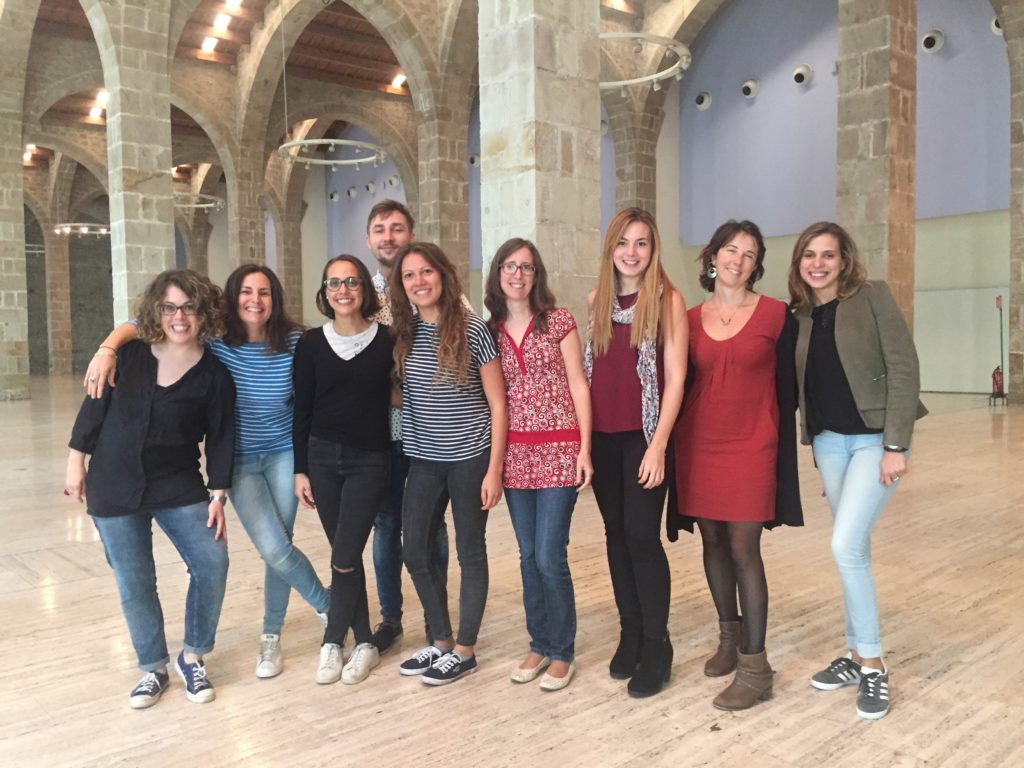 Blood vessels are composed of endothelial cells, which cover the lumen of the vessels, and mural cells, that include smooth muscle cells and pericytes. Pericytes regulate vessel growth and maintenance, and pericyte dysfunction is associated with several diseases such as diabetes, vascular malformations, stroke, or cancer. Nevertheless, the specific role that pericytes play in these diseases is still enigmatic. An IDIBELL group has just published, in the journal Circulation, a work that describes pericyte maturation during angiogenesis and the molecular pathways that regulate this process. “Knowing how pericytes mediate vascular development will contribute to understand their role in pathological circumstances” says Dr. Mariona Graupera, project leader.

Dr. Graupera’s team has identified and defined the stages of maturation of pericytes, based on their morphology and the genes that they express at each stage. They identify the PI3K kinase pathway as the central axis of pericyte maturation in angiogenesis. “Vessel formation requires an optimal pericyte maturation dynamics, which is achieved through tight regulation of the PI3K kinase pathway,” says Graupera, a researcher at the Bellvitge Biomedical Research Institute (IDIBELL) and CIBER of Cancer (CIBERONC).

PI3K kinases are a family of enzymes that regulate cell proliferation, migration and survival. These enzymes have been implicated in congenital syndromes, inflammatory diseases and cancer. Surprisingly, the Graupera laboratory has identified that the PI3K isoform that regulates pericyte maturation is PI3Kbeta, and not PI3Kalpha (previously identified as being essential in endothelial cells during vessel growth).  This finding makes PI3Kβ an ideal candidate for future treatments since it would allow a more selective targeting of diseases caused by alterations in pericyte maturation.

To carry out these studies, they used novel tools to determine which genes were specifically expressed in pericytes in vivo, combined with reporter mice expressing fluorescent markers that allowed them to visualize isolated pericytes and determine their morphology. Together, this has allowed them to determine the maturation state of the pericytes through their morphology and the molecular signature they express at that time. The use of these techniques would be also instrumental for the study of pericyte maturation in different pathologies, contributing to decipher their role, and designing future treatments.

This project has been possible thanks to the funding of a Leonardo grant from the BBVA Foundation, an ITN Marie Curie predoctoral grant, a Juan de la Cierva postdoctoral grant and the support of CIBERONC and the AECC.

Dr. Ralf H Adams from the Max Planck Institute, a great eminence in the field of angiogenesis, participated in this project, which was also developed with the collaboration of Dr. Arkaitz Carracedo from CIC Biogune and the University of the Basque Country (UPV / EHU).

Share on Facebook
Share on Twitter
Share on Linkedin
Share on Email
Tweets by @idibell_cat
Tags: Cancer, Molecular Mechanisms and Experimental Therapy in Oncology Program - Oncobell, Vascular biology and signalling ,
Manage Cookie Consent
To provide the best experiences, we use technologies like cookies to store and/or access device information. Consenting to these technologies will allow us to process data such as browsing behavior or unique IDs on this site. Not consenting or withdrawing consent, may adversely affect certain features and functions.
Manage options Manage services Manage vendors Read more about these purposes
View preferences
{title} {title} {title}
Scroll to Top