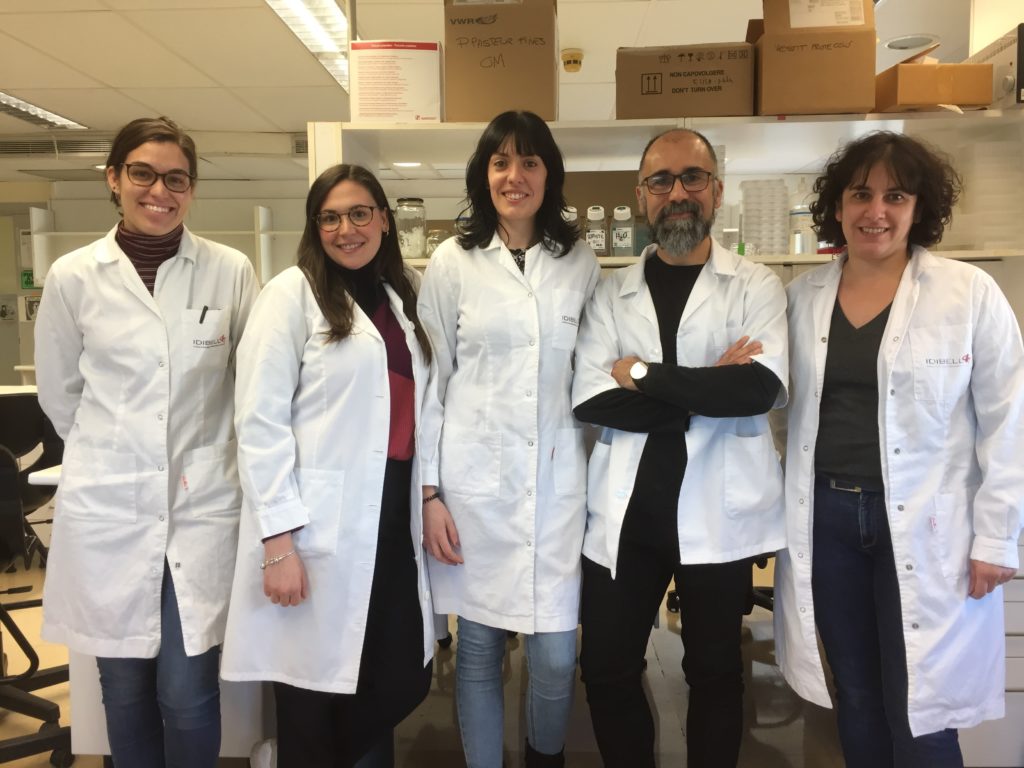 Dr. Oscar M. Tirado’s group from IDIBELL has identified LOXL2 as an essential element in the metastatic capacity of tumors from alveolar rhabdomyosarcoma. LOXL2 would act inside the cell, promoting migration and invasion, which would increase the metastatic capacity of the tumors and generate a worse prognosis for the patients. The work provides valuable information for the design of new drugs against this type of tumor.

Rhabdomyosarcoma is the most common childhood cancer in the soft tissues, and it is mainly originated in the muscles. It represents almost 5% of pediatric tumors, and the survival rate is between 60% and 70%. The work published in “Cancer Letters” journal focuses on the most aggressive and hard to treat rhabdomyosarcoma, the alveolar type. Metastasis plays an essential role in the disease progression, because it induces a severe decrease in patient survival rate, lower than 30%. Dr. Oscar M. Tirado’s group from Bellvitge Biomedical Research Institute (IDIBELL) has observed that this type of sarcoma cells have an increased level of LOXL2 protein, that is implicated in tumors metastatic capacity.

In a normal situation, LOXL2 acts, outside the cell, modifying the surrounding extracellular matrix. However, in a tumor environment, LOXL2 acts inside the cell, promoting metastasis processes by a mechanism independent from its normal function. Dr. Olga Almacellas, the first author of the study, states that in future treatment, that tries to inhibit LOXL2 activity to reduce rhabdomyosarcoma metastasis, the drug penetration inside the cells must be considered. Besides, she adds that existing drugs that block the classic LOXL2 activity would not affect their metastatic role, as it is independent of its classical function.

Not only cellular models of alveolar rhabdomyosarcoma showed a clear decrease in metastatic capacity by LOXL2 elimination. Also, the injection of these cells into healthy mice demonstrated that those expressing LOXL2 formed more metastasis than those without it. Additionally, patients’ samples, from the Virgen del Rocío University Hospital, suggested a lower survival rate for patients with higher levels of LOXL2. However, a more extensive study with more samples would be needed to confirm this relationship.

One of the questions that remains open is how LOXL2 regulates metastatic function in tumor cells. Researchers have found that it interacts with vimentin. A cytoskeletal protein that provides structural support, cell resistance and plays a crucial role in cell migration. Basics processes in metastasis.

Share on Facebook
Share on Twitter
Share on Linkedin
Share on Email
Tweets by @idibell_cat
Tags: Cancer, Sarcoma,
Manage Cookie Consent
To provide the best experiences, we use technologies like cookies to store and/or access device information. Consenting to these technologies will allow us to process data such as browsing behavior or unique IDs on this site. Not consenting or withdrawing consent, may adversely affect certain features and functions.
Manage options Manage services Manage vendors Read more about these purposes
View preferences
{title} {title} {title}
Scroll to Top