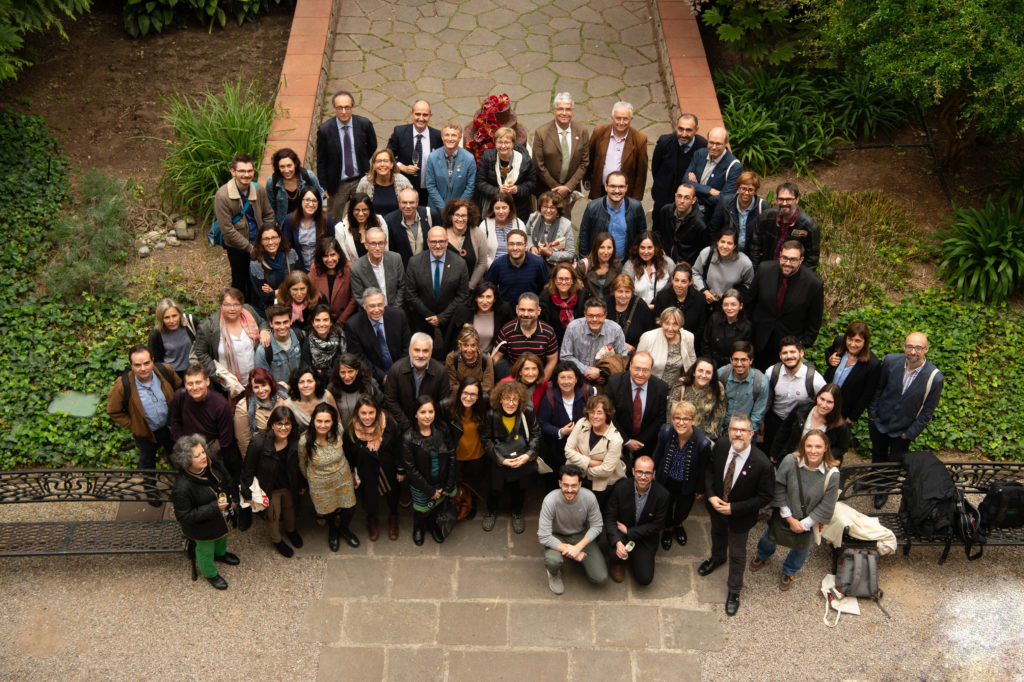 Yesterday, Wednesday 8th May 2019, the commemoration of the 15th anniversary of the Bellvitge Biomedical Research Institute (IDIBELL) took place in the Paranymph of the historic building of the University of Barcelona. The event was chaired by Dr Domènec Espriu, vice-rector of research, and included the speeches of the current director of IDIBELL, Dr Gabriel Capellà, the general director of Health Research and Innovation in the government’s Health Department, Dr. Albert Barberá, as well as other representatives of the main partnersr of the institute.

Dr. Capellá thanked the work of researchers, support staff and former directors, offering a brief evaluation of IDIBELL’s trajectory since its beginning. The director of IDIBELL expressed the will to keep growing and integrating basic research and clinical research throughout the coming years. “It has not been easy, but it definitely looks good” he declared.

The event continued with the screening of a video gathering the voices of several IDIBELL researchers reflecting on the work and impact of the institute since its foundation. Their stories will be unveiled throughout the year through 15 commemorative video-capsules. Within its anniversary as well, IDIBELL will organise its first open day, that will take place next autumn.

Dr. Salvador Macip, researcher at the University of Leicester and renowned writer, offered the keynote lecture entitled “A brighter future? How biomedicine is changing our lives”. Macip stressed the importance of transversal and pioneering research such as the one IDIBELL carries out, talking about the current trends in biomedical research and encouraging all researchers in the field. “Biomedicine opens the door to many possibilities, not only in health but also with regards to how humans will age and look like in the future“ said Macip, who added that “with all these possible outcomes, we must discuss now what the rules for the future should be”.

Later on, attendees could enjoy the premiere of the piece Eureka!, composed by Xavier Pagès-Corella on this special occasion. Performed by the pianist David Casanova, Eureka! is inspired by the discovery of Archimedes’ well-known principle named after himself, transmitting, through frenetic rhythms, sonorities in the piano and the voice of the interpreter, the growing excitement that the researcher might have felt.

Dr. Ana Clopés, Deputy Director-General of the Catalan Institute of Oncology, and Dr. Montserrat Figuerola, Manager of the Southern Metropolitan Area of the Catalan Institute of Health, congratulated IDIBELL for its collaborative spirit in the past 15 years and encouraged it to maintain it, in order to keep pushing research forward and saving lives. “With a big alliance between research institutions we can keep growing and face the future with the true conviction to end up playing in the top leagues” reinforced Dr Albert Barberà.

The event, organized thanks to the collaboration of the Spanish Foundation for Science and Technology (FECY), ended with a sweet touch in the garden of the classic University building, where the celebration was accompanied by a birthday cake specially made by the Hofmann school.

With the collaboration of: