Fernando Fernández-Aranda, Leadership Award on Research 2015of the Academy for Eating Disorders 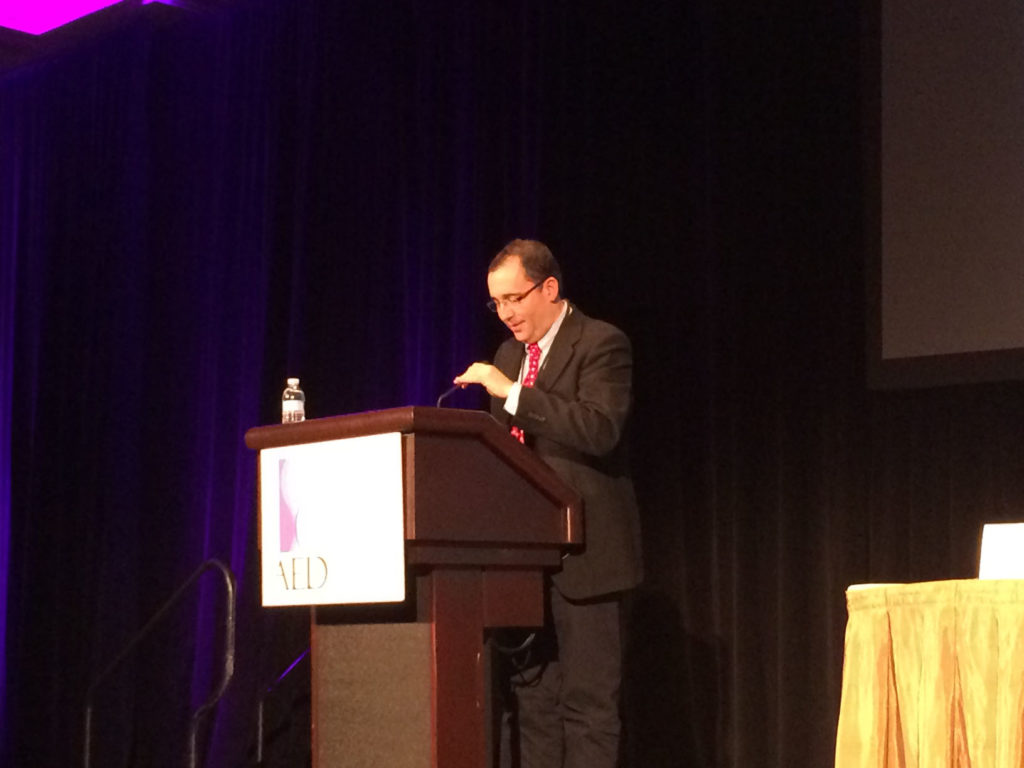 Research excellence which houses the Biomedical Research Center in Red-Pathophysiology of Obesity and Nutrition (CIBERobn) has been recognized once again with the Award on Research 2015 Leadership Award to Dr. Fernando Fernández-Aranda for her contribution to research in the field of disordered eating behavior and obesity.The award ceremony took place in Boston (USA), on Saturday, April 25, during the Annual Awards Ceremony Congress of the AED.Spanish first awarded by the AEDThe Barcelona clinical psychologist, IP Disorders Group Feeding CIBERobn, becomes the first Spanish scientist, and fourth in Europe, to receive this award awarded annually since 1995 by the Academy for Eating Disorders (AED), the largest international scientific society in the field of food disorders (www.aedweb.org). This scientific organization with members from 50 countries and is the company that for more than two decades, brand guidelines in the area, not only in research but also in diagnostic manuals, guides treatment and prevention of this type makes eating disorders worldwide.
Long history of research excellence

Dr. Fernández-Aranda, who had already received other international and national awards (Meeham Hartley Award-2004, Best European Video Game Serious, 2011; Best Ideas-2011), and is involved in many European multicenter projects and international consortia has known in recent years for his research in biological and environmental factors Risk of finding new strategies for therapeutic innovation eating disorders (Anorexia, Bulimia and Binge Eating Disorder) and its relationship with other related psychiatric disorders and obesity, treatment and . Since 2011, Fernández-Aranda, is editor in chief of the second highest impact journal in the field of Eating Disorders at the international level, the European Eating Disorders Review