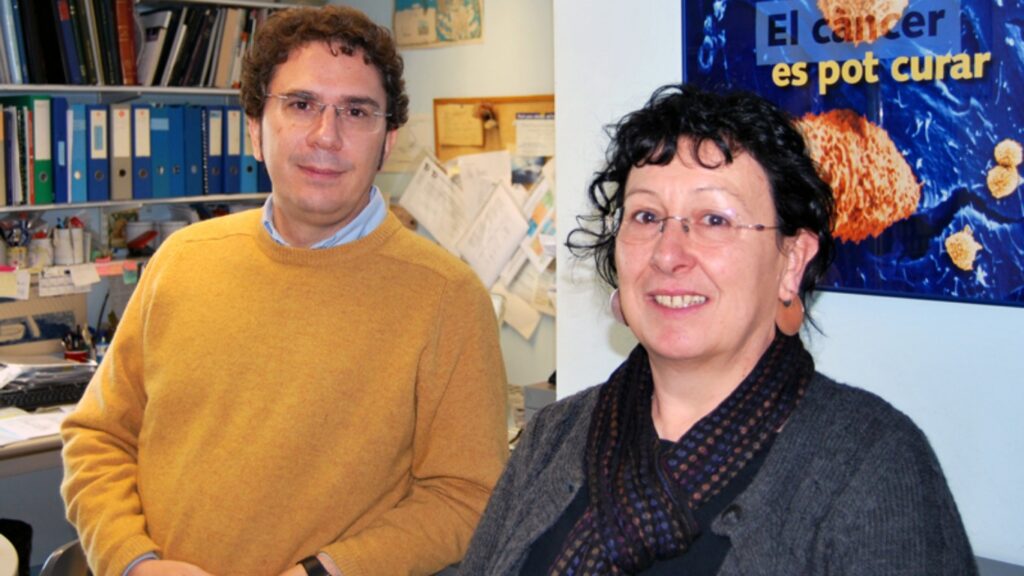 Nine out of ten cancer deaths occur because of metastasis. This phenomenon happens when cancer cells break away from the original tumour and spread through the body anchoring to other organs and form new tumours.

IDIBELL researchers have participated in an investigation showing that Prrx1 protein prevents cancer cells lodge in other organs and, therefore, generate new sources of cancer. The study is led by the researcher at the Neurosciences Institute of CSIC and the University Miguel Hernandez (Elche, Spain), Ángela Nieto, who is also a member of the Scientific Advisory Board of IDIBELL. The study has been published in the latest issue of the journal Cancer Cell.

On the part of IDIBELL, the study has the participation of the researcher at Biological clues of the invasive and metastatic phenotype research group, Angels Fabra, and the researcher of the University of Barcelona (Bellvitge Campus), Alejandro Barrallo-Gimeno.

A focus of cancer spreads to other organs because cells must undergo a process known as epithelial-mesenchymal transition (EMT) in which cancer cells become mobile and invasive, and begin to travel through the bloodstream. However, to re-anchor to a new organ or tissue they should recover their initial characteristics, that is, lose mobility.

The research has found that the transition from mobile to stationary cancer cells involves the loss of its component Prrx1. The coordinator of the study notes that “although this component is one of the factors favouring the initial spread of cancer cells and their arrival to other organs, it is necessary to it turn off, so that these cells are grouped together to form other tumours.”

Tumours with high amounts of Prrx1 have therefore a better prognosis, since they cannot form metastases. The researcher Oscar Ocaña, also of the Neurosciences Institute, believes that “the therapeutic strategy of blocking the EMT to prevent the spread of tumours would only be effective if it the cancer cells detach first from the primary tumour, which usually occurs in very early stages of the disease and usually before receiving the diagnosis.” In fact, Angela Nieto adds, “blocking the EMT in these conditions favour the appearance of new tumours.” However, the research also shows that a strategy to attack other properties of cancer cells, it would work against metastasis.

The results have been obtained by studying various animal models: chicken (Gallus gallus domesticus), zebrafish (Danio rerio) and mouse (Mus musculus), and analysis of patient samples. Apart of IDIBELL, the study has had the participation of researchers from the Biomedical Research Institute Alberto Sols (CSIC-Autonomous University of Madrid) and MD Anderson Foundation International.