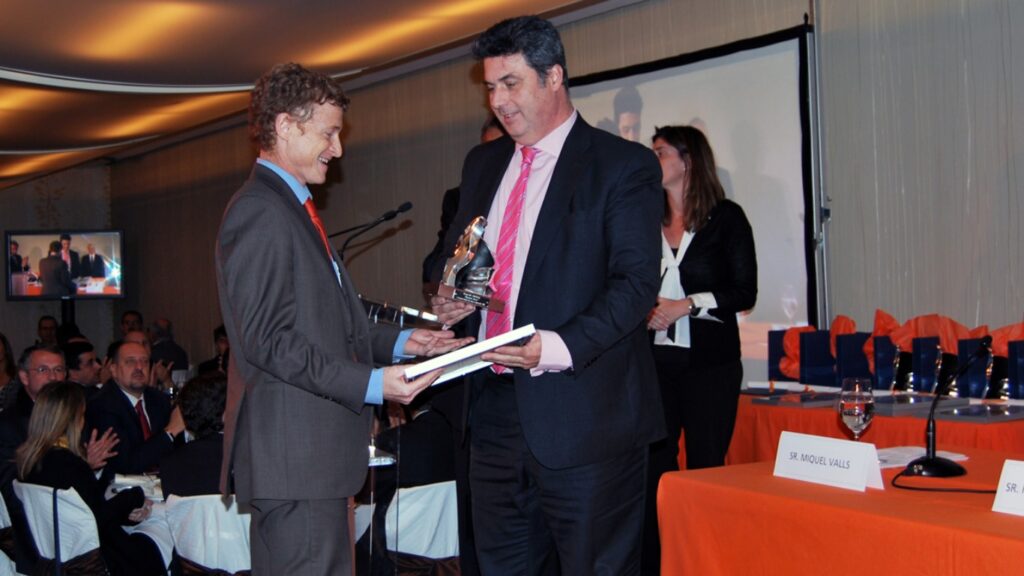 IDIBELL has been awarded with the 2012 Antonio Baró prize for prevention of occupational hazards. The award is given by MC Mutual to companies of Spain.

The award recognizes the work of companies making effective policies for the prevention of occupational hazards and demonstrating a commitment to continuous improvement of the working conditions of its workers. Specifically, MC Mutual highlighted from IDIBELL the specific assessments made to analyze the risks exposed to all the people working in the different areas of the institute. In addition, it also highlights the risk prevention training, the promotion of the employee participation and the improvement of internal communication in the prevention of occupational hazards. With these measures, IDIBELL has reduced the number of accidents on their premises.

The award was presented during a ceremony held in Esplugues de Llobregat (Barcelona) on November 28th. The IDIBELL CEO, Emilià Pola, received the award from the General Director of the Spanish Social Security, Rafael Antonio Barberá, who chaired the event along with the president of MC Mutual, Miguel Valls.

Besides IDIBELL, six more companies have received the recognition for their efforts to protect the health of their workers: Confitería Gil, Emte Service, Grafitos Barco, Irvia Mantenimiento Ferroviario, Magneti Marelli Barberà and the City Council of Granada.