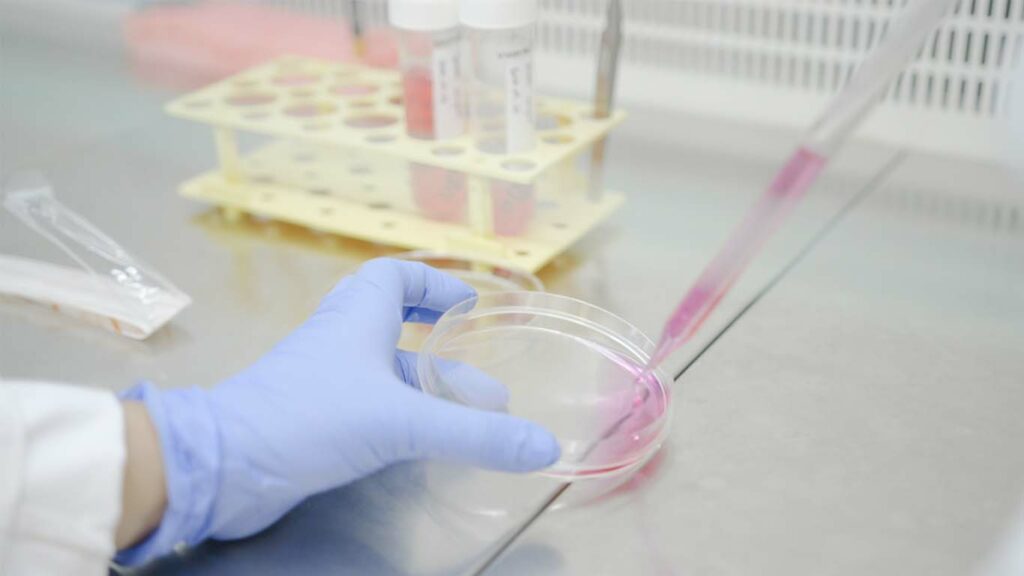 Angelman syndrome is a genetic disease that causes developmental delay, speech and balance problems, intellectual disability, and sometimes seizures in affected patients. Researchers identified mutations in the HERC2 gene that caused inherited neurodevelopmental disorder similar to Angelman syndrome. The HERC2 gene codes for an enzyme, a ubiquitin ligase, enriched in the nervous system. In all identified cases of this inherited disorder, complete loss of HERC2 protein, or very low levels, has been observed.

Now, a research group from IDIBELL and the University of Barcelona led by Dr. José Luís Rosa studied the cellular signaling pathways affected in this disorder by the most frequent mutation of HERC2 (c.1781C>T, p.Pro594Leu). A better understanding how pathogenic variants affect these pathways can help define potential new therapies for the disease.

The results published in the journal Cellular and Molecular Life Sciences show that cells from patients with this inherited disorder, or human cells with HERC2 protein deficiency, have an overactivated cellular response to oxidative stress. This is caused by an activation of an atypical signaling pathway in which the RAF, MKK3 and p38 proteins participate. “Our results highlight RAF inhibition as a potential therapeutic target for people with this inherited neurodevelopmental disorder,” says Dr. José Luís Rosa, group leader at IDIBELL and professor at the Faculty of Medicine and Health Sciences at the UB.

Share on Facebook
Share on Twitter
Share on Linkedin
Share on Email
Tweets by @idibell_cat
Tags: Cell signalling and bone biology, Diabetes and Metabolism Program, Translational Medicine Area,
Manage Cookie Consent
To provide the best experiences, we use technologies like cookies to store and/or access device information. Consenting to these technologies will allow us to process data such as browsing behavior or unique IDs on this site. Not consenting or withdrawing consent, may adversely affect certain features and functions.
Manage options Manage services Manage vendors Read more about these purposes
View preferences
{title} {title} {title}
Scroll to Top