A new system expands the gene-editing possibilities in animals 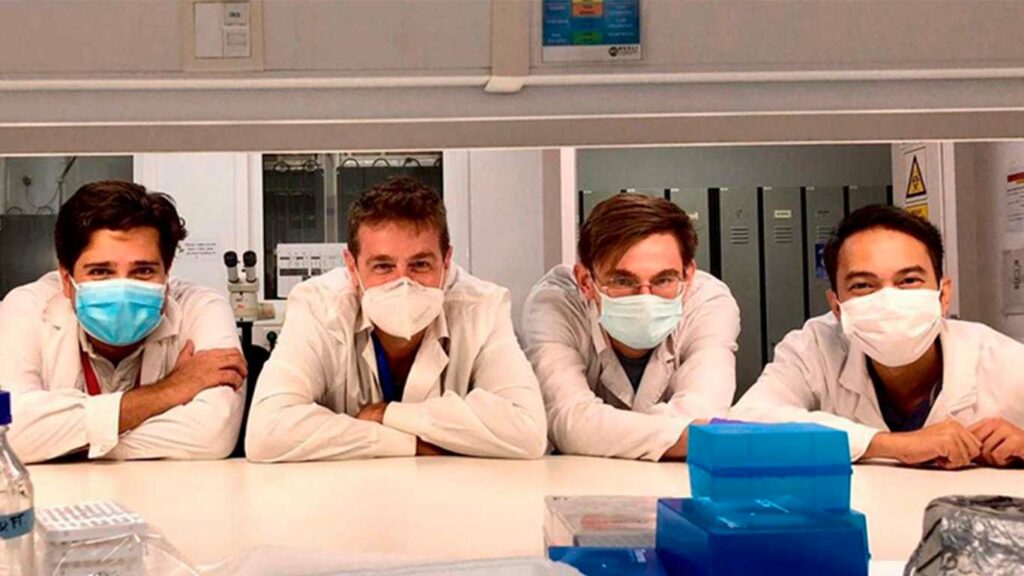 A research team from the Bellvitge Biomedical Research Institute (IDIBELL) and the Andalusian Center for Developmental Biology (CABD-CSIC, UPO, and JA) have developed the use of a new variant of the CRISPR-Cas gene-editing tool for modifications of unattainable gene regions.

Gene editing with the revolutionary CRISPR-Cas technology is probably the biotechnological tool with the greatest potential described in recent years. This tool uses a protein (Cas) with two domains: one that specifically binds to editable DNA sequence; and another, similar to molecular scissors, allows the modification of this region.

The study published today in the Nature Communications journal shows for the first time in animals a new CRISPR-Cas system in which the DNA recognition domain has been modified to detect new genome regions. This new tool showed effectiveness and specificity in the Caenorhabditis elegans worm model and zebrafish.

Dr. Julián Cerón, group leader at IDIBELL and co-leader of the project together with Miguel Ángel Moreno-Mateos from the CABD, declares: “This new system expands the possibilities of gene editing since it can reach many more areas of the genome that until now were very difficult to change.”

For his part, Jeremy Vicencio, IDIBELL researcher and first author of the work together with Carlos Sánchez-Bolaños from the CABD, affirms that “it has been fascinating to find the best conditions for this new CRISPR-Cas9 in parallel in worms and fish”.

Making it work in animals

The modification of the DNA recognition domain of this improved CRISPR-Cas9 system was designed and executed by experts in protein structure in the laboratory of Ben Kleinstiver in Boston, who also participated in the study. To date, this new tool has shown efficacy in cell lines and plants, but it has not been possible to apply it to genome editing in animals.

In this work, the laboratories of Dr. Cerón at IDIBELL and Dr. Moreno-Mateo at CABD joined forces to make this technique work in animals. Although the new CRISPR-Cas9 did not seem to be efficient on animal genomes in preliminary experiments, the researchers managed to make it work by increasing the concentration up to six times.

“Although we don’t know for sure, it is possible that this new system needs higher concentration because it has more potential targets and, therefore, needs more Cas proteins searching for the right site -comments Dr. Cerón-. Even so, and despite the high concentration, we show that it maintains the specificity of the previous one”.

Share on Facebook
Share on Twitter
Share on Linkedin
Share on Email
Tweets by @idibell_cat
Tags: Genes, Disease and Therapy Program, Modeling human diseases in C. elegans , Translational Medicine Area,
Manage Cookie Consent
To provide the best experiences, we use technologies like cookies to store and/or access device information. Consenting to these technologies will allow us to process data such as browsing behavior or unique IDs on this site. Not consenting or withdrawing consent, may adversely affect certain features and functions.
Manage options Manage services Manage vendors Read more about these purposes
View preferences
{title} {title} {title}
Scroll to Top