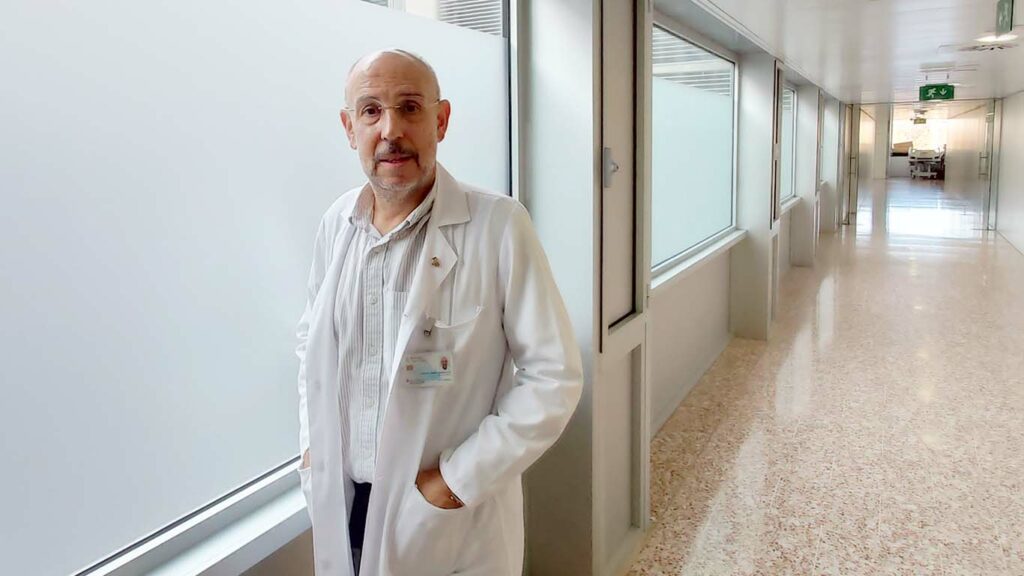 It is estimated that 2% of the Western population will need a heart valve replacement in their lifetime. In these cases, the best option is usually to implant a biological valve made from animal tissue, mostly bovine or porcine. However, such valves eventually deteriorate after 10 to 15 years. Now, a study published in the journal Nature Medicine has discovered the cause of this deterioration and has opened the door to the design of new strategies to halt it.

The study describes that two antibodies, which appear naturally a few months after birth, are the triggers of the deterioration. These antibodies recognize molecules from the animal tissue of the valve as foreign and initiate an inflammatory response that ends up damaging the valve. The work has been co-led among other international research centers by Dr. Rafael Mañez, research group leader at the Bellvitge Biomedical Research Institute (IDIBELL) and head of the Intensive Care Medicine Servie at Bellvitge University Hospital (HUB), who for years has coordinated a pioneering program in the field of xenotransplantation.

Having described the causes of the deterioration, the researchers propose producing the valves from tissues of genetically modified animals that do not express the molecules targeted by the two antibodies and thus extend the duration of the valves. “Pigs that do not express some of these specific molecules have already been generated; an example is the heart donor of the first pig-human transplant that has just taken place in Maryland, we have the technology to create it, -says Dr. Mañez– it would only be necessary to test it in this context”.

This research included almost 1,700 patients from all over Europe, whose evolution has been monitored in the 15 years following valve replacement. The large number of patients included in this international cohort has made it possible to detect that these patients show a significant increase in antibodies within a month after implantation and create antibody deposits on the valves themselves.

Moreover, the IDIBELL spinoff RemAb Therapeutics has designed a treatment that selectively and harmlessly eliminates one of the antibodies that triggers the deterioration of biological valves. This compound has shown efficacy in preclinical tests and a trial in humans will begin this year. “Administering this treatment to people who have had a biological valve implanted would be a good solution to extend their half-life,” comments Dr. Mañez.

A solution for younger people

According to Dr. Mañez, the finding also represents a new alternative for young people who need valve replacement. For these patients, biologic valves are not a good option, since they would have to undergo high-risk surgery every 10 years. This forces them to use mechanical metal valves, which are permanent but require lifelong anticoagulant therapy. Treatment with anticoagulants must be carried out under close medical supervision and involves the risk of uncontrolled bleeding.

“Being able to opt for biological valves would bring a clear improvement in the safety and quality of life of these younger patients, as well as a saving of resources for healthcare systems,” Dr. Mañez points out.

Share on Facebook
Share on Twitter
Share on Linkedin
Share on Email
Tweets by @idibell_cat
Tags: Infectious disease and transplantation Program, Innate Immunity and Pathology of the Critical patient, Translational Medicine Area,
Manage Cookie Consent
To provide the best experiences, we use technologies like cookies to store and/or access device information. Consenting to these technologies will allow us to process data such as browsing behavior or unique IDs on this site. Not consenting or withdrawing consent, may adversely affect certain features and functions.
Manage options Manage services Manage vendors Read more about these purposes
View preferences
{title} {title} {title}
Scroll to Top