The consul general of France in Barcelona visits IDIBELL 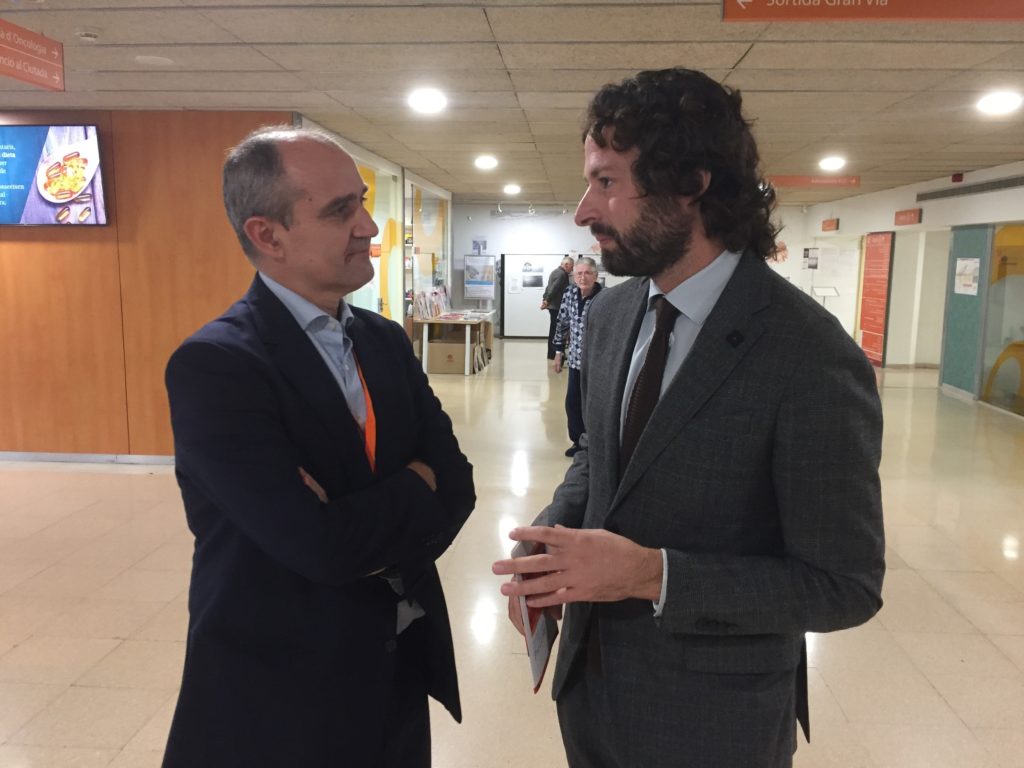 The consul general of France in Barcelona, Cyril Piquemal, visited IDIBELL on October 23rd in order to get to know the institute and promote collaborations and synergies with French institutions. The visit took place as part of the efforts made by the French consulate to strengthen the interaction between research centers in Catalonia and France.

The consul, hosted by the executive director of ICREA Emilià Pola, had the opportunity to meet with Dr Gabriel Capellá, general director of IDIBELL, Dr Ruth de Diego, ICREA-IDIBELL researcher, and Dr Ferran Guedea (IDIBELL-ICO). The meeting was complemented with a visit to some IDIBELL labs at the Duran i Reynals Hospital, including the ones led by researchers Mariona Graupera, Cristina Muñoz, Virginia Nunes and Miquel Àngel Pujana.

Piquemal, who was an advisor of international cooperation and development of the French government between 2006 and 2008, highlighted the importance of strengthening European collaboration to tackle current health challenges. In this regard, “there are many opportunities for interaction with French entities”, he said, and proposed a series of actions to promote common projects and foster bilateral relations between the two countries.

Share on Facebook
Share on Twitter
Share on Linkedin
Share on Email
Tweets by @idibell_cat
Tags: Hereditary cancer , Radiobiology & Cancer,
Manage Cookie Consent
To provide the best experiences, we use technologies like cookies to store and/or access device information. Consenting to these technologies will allow us to process data such as browsing behavior or unique IDs on this site. Not consenting or withdrawing consent, may adversely affect certain features and functions.
Manage options Manage services Manage vendors Read more about these purposes
View preferences
{title} {title} {title}
Scroll to Top