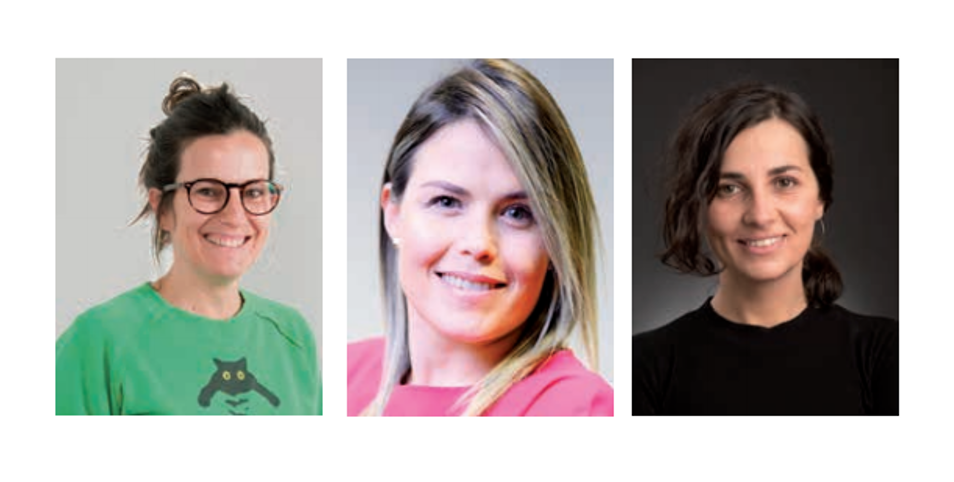 Researchers Mariona Graupera, Gabriela Jiménez Valerio and Bárbara Rivera Polo of the Bellvitge Biomedical Research Institute (IDIBELL) have been awarded three grants of the “Scholarships and Grants for Research and Innovation 2019” program of the banking Foundation “la Caixa”, which were officially announced yesterday afternoon in an event chaired by Pedro Duque, Minister of Science, Innovation and Universities of the Government of Spain. The selected research projects are related to three of the Foundation’s lines of action in research: scholarships to boost research talent; support for projects of excellence in biomedicine and health research, and the transfer of biomedical research results to society.

Barbara Rivera Polo has obtained a “Health Research” grant, which funds research initiatives in biomedicine and health of scientific excellence and social impact, whether in basic, clinical or translational research. Her project, entitled “Why benign tumors do not become malignant?” aims to identify molecular mechanisms in cancer by studying rare but extremely informative cases of hereditary predisposition to benign disorders. These rare families allow studying benign tumorigenesis from the origin of the germ line to the manifestation of the disease.

As for Gabriela Jiménez Valerio (IDIBELL-ICO, proCURE program), her project has been selected by the CaixaImpulse program, which supports innovative projects in the field of biomedicine to boost them towards the market. With ‘Angiotheragnostics’, Jiménez Valerio seeks to fight therapeutic resistance in cancer from a coordinated perspective. The project is developing a new drug to prevent antiangiogenic resistance together with a patient selection biomarker to identify who will benefit from the treatment.

In this edition, which has the motto “Questions for the future”, the Banking Foundation “la Caixa” has awarded 79 research grants that will be carried out in the best universities and research centers in Spain and Portugal. “La Caixa” funds these new initiatives with 28 million euros.

Share on Facebook
Share on Twitter
Share on Linkedin
Share on Email
Tweets by @idibell_cat
Tags: Cancer, Hereditary cancer , Tumour Angiogenesis, Vascular biology and signalling ,
Manage Cookie Consent
To provide the best experiences, we use technologies like cookies to store and/or access device information. Consenting to these technologies will allow us to process data such as browsing behavior or unique IDs on this site. Not consenting or withdrawing consent, may adversely affect certain features and functions.
Manage options Manage services Manage vendors Read more about these purposes
View preferences
{title} {title} {title}
Scroll to Top