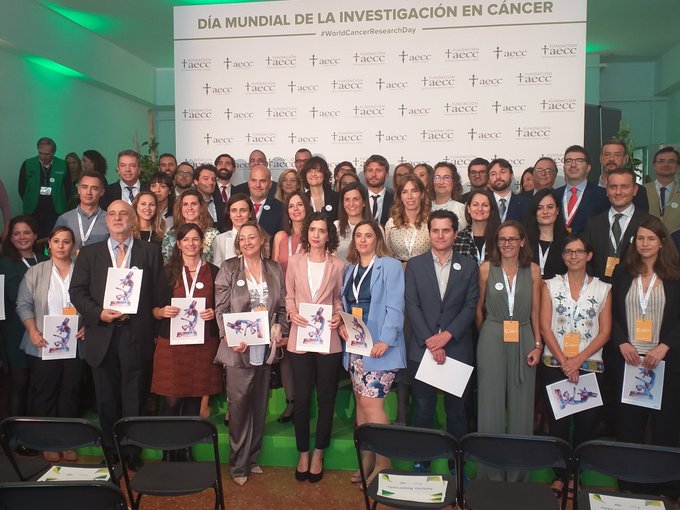 On the occasion of World Cancer Research Day (WCRD), which takes place every year on September 24, the Spanish Association Against Cancer (AECC) has made public the awardees of their annual Grants in an official act presided by Her Majesty the Queen. This year, the AECC has awarded almost 21 million euros to fund 171 projects that add up to the €56M with which 380 projects of research in development are being funded today.

David Llobet, principal investigator of the IDIBELL gynecological cancer group, has received a LAB AECC grant to develop the first real personalized treatment in patients with endometrial cancer, the most frequent female genital tract tumor. “Approximately one in 37 women will develop this disease throughout their lives, and approximately 50% of them will die in less than a year, which is partly explained by the lack of personalized treatments or molecular tools to achieve better patient selection”, explains Llobet.

Llobet’s project is based on the study of a cellular process of self-digestion known as autophagy that cancer cells use to resist antitumor treatment. “Our goal is to identify drugs that allow us to modulate this process, either by inhibiting or boosting it, in order to eliminate these cells either by starvation or uncontrolled self-consumption. We propose to characterize this cellular function in order to develop the first real personalized treatment for patients with endometrial cancer”, he adds.

On the other hand, Eva González-Suárez, researcher of the IDIBELL’s Oncobell program, and leader of the ‘transformation and metastasis’ research group, has been awarded an “Ideas Semilla”  grant to boost her breast cancer projects. “Specifically, we will focus on triple negative breast cancer, which is a subtype of high aggressiveness that is therefore associated with high mortality since there are no targeted therapies. Precisely, our goal in the project is to identify new targeted therapies”, she explains.

The results of the group so far suggest that, by inhibiting the signaling pathway of RANK, a protein in which they have been working for almost 20 years, these tumors could be attacked. There are, in fact, clinical inhibitors against this signaling pathway; however, these inhibitors do not work in the context of triple negative breast cancer, basically because in this case the protein against which they are directed is not expressed. “Our  “Ideas Semilla” project will seek, vbased on the evidence obtained so far, alternatives to inhibit this pathway”, concludes González-Suárez.