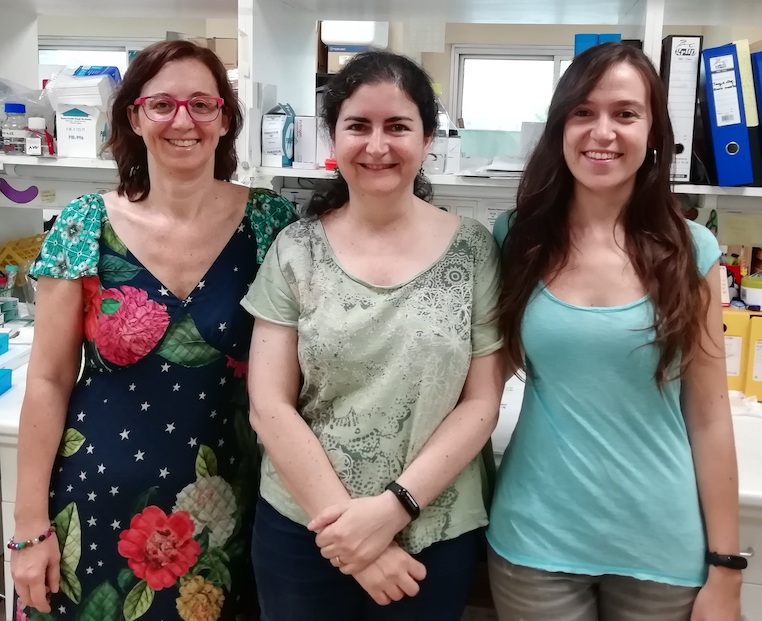 Drs Lourdes Farré, of the chemoresistance research group of ProCURE (Bellvitge Biomedical Research Institute – Catalan Institute of Oncology) and Sonia Guil, leader of the Regulatory and Chromatin RNA group of Josep Carreras Leukemia Research Institute, lead a study that identifies an intermediate molecule expressed from a region of the non-coding genome that is key to the development and differentiation of cells, and for the expansion of tumor cells.The work, published today in Nature Communications, reveals how the RPSAP52 RNA molecule triggers the proliferation of cells and cancels their differentiation, making it easier for tumor cells to multiply and spread.

Non-coding regions of the genome are DNA sequences that do not encode a protein and are therefore not considered common genes. Usually, when processing DNA from a part that does encode, from a gene, machinery that reads the DNA starts up, transcribes it to another simpler RNA molecule and this transcription translates into a protein with a specific function.

On the other hand, some regions that do not code for any protein can be readable and transcribed, although in the end they are not translated. These transcripts are intermediate molecules whose function is worth studying because they can be crucial in the regulation and signaling of cellular processes, as is the case of this study.

The researchers have investigated a non-coding sequence linked with a sequence that does code for a common oncogene in different types of cancer, called HMGA2. The non-coding sequence that originates RPSAP52, is just “in front” of HMGA2. It has been discovered that it regulates the chain of events responsible for the increase in the number of tumor cells and the expansion of cancer tissues.

“RPSAP52 is an antisense transcript and regulates the entire HMGA2 / IGF2BP2 / RAS signaling pathway, which has a highly pro-proliferative and anti-differentiating potential on cells, so its activation promotes growth and keeps the cells in a non-differentiated state, as happens in the most aggressive tumor cells,” Guil explains.

Farré adds that under normal conditions, in healthy cells, RPSAP52 is only expressed at the embryonic level and is silenced in most adult tissues. In a large number of cancers, however, it is re-expressed aberrantly and promotes the pluripotent character and high replication of tumor cells.

The study was carried out by combining in vitro approaches with in vivo studies on animal models. The tumorigenic role of RPSAP52 in breast and sarcoma tumors has been confirmed, and it can also have predictive value as a biomarker.

The researchers note that the fact that this non-coding RNA re-expresses in most human tumors, and plays an important role, reinforces the view on the functionality of the non-coding genome, often belittled in the regulation of cellular programs and especially in the pathological context. “For translational research, the findings are significant because these types of molecules are often present at low levels. Therefore they can be attacked and eradicated more easily than the coding genes,” says Guil.

The next steps to move forward in this line of research will focus on generating in vivo tumor models and test small molecules that destroy RPSAP52 to study its effect on tumor growth.