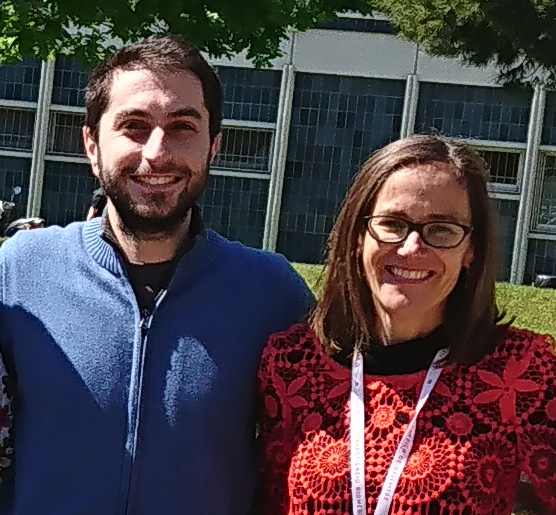 Researchers at the Bellvitge Biomedical Research Institute (IDIBELL), with the participation of collaborators from the Baylor College of Medicine (Houston) and the University Institute of Oncology of Asturias (IUOPA), publish today in Cancer Research a study where they relate the high number of copies of a chromosomal region with the appearance of resistance to a chemotherapeutic drug. The research was led by Dr. Eva González-Suárez, head of the Transformation and Metastasis group at IDIBELL.

Nowadays, chemotherapy, despite its side effects, remains the most efficient treatment to fight cancer. One of the most widespread drugs in chemotherapy, and which has been the subject of this study is docetaxel, a chemical compound that acts on tumor cells preventing their proper division. The research project has focused on the most aggressive subtype of breast cancer: the triple negative breast cancer (TNBC). This subgroup is characterized by being quite heterogeneous (reason why there are no targeted therapies to combat it) and it is usually associated with poor prognosis. Despite promising initial responses to chemotherapy, resistance to the drug often develops during the treatment. One of the challenges that oncologists face is the selection of the chemotherapy drug that will benefit patients with triple-negative breast cancer. This selection is made in most cases arbitrarily.

To carry out this study, scientists have worked with patient derived xenografts (PDXs). These PDXs are animal models (mice) in which tumor cells from the patient have been implanted, so that the tumor sample is much more representative than a conventional cell culture. These models can be used to test the efficiency of drugs as well as to study the processes of emergence of chemoresistance that is, to understand how tumor cells become unresponsive to treatments.

Analyzing the effect of docetaxel in triple negative breast cancer in PDXs, researchers have observed that as in patients, resistance to docetaxel emerges during treatment and have compared the genome of matched tumors sensitive to docetaxel and their counterparts that developed resistance upon continuous drug exposure. They have identified an increase in the number of copies of a region of chromosome 12, called chr12p, in tumors resistant to docetaxel and even after short treatments with docetaxel. These results imply that a subpopulation of tumor cells resistant to docetaxel is present in the tumors and survive the drug, unlike the others that die during treatment.

In addition, researchers have discovered that this subpopulation with multiple copies of chr12p resistant to docetaxel is very vulnerable to treatment with another chemotherapeutic drug, carboplatin, which is why Dr. González-Suárez proposes “applying a sequential treatment that combines first docetaxel and then carboplatin, instead of using both drugs individually or simultaneously as it is currently done. “

“We have associated the presence of this amplified chr12p chromosome region to emergence of docetaxel resistance and carboplatin vulnerability,” says Dr. Eva González-Suárez. “We propose that the copy number of chr12p is considered as a biomarker to predict whether patients’ tumors will develop, or not, docetaxel resistance; and what is even more important, once docetaxel resistance emerges, to have an alternative drug to treat the patients, carboplatin.

This discovery could represent the first description of a biomarker for the selection of the chemotherapy drug and the sequence of treatments that could benefit patients with triple negative breast cancer.

Share on Facebook
Share on Twitter
Share on Linkedin
Share on Email
Tweets by @idibell_cat
Tags: Cancer, Transformation and Metastasis,
Manage Cookie Consent
To provide the best experiences, we use technologies like cookies to store and/or access device information. Consenting to these technologies will allow us to process data such as browsing behavior or unique IDs on this site. Not consenting or withdrawing consent, may adversely affect certain features and functions.
Manage options Manage services Manage vendors Read more about these purposes
View preferences
{title} {title} {title}
Scroll to Top