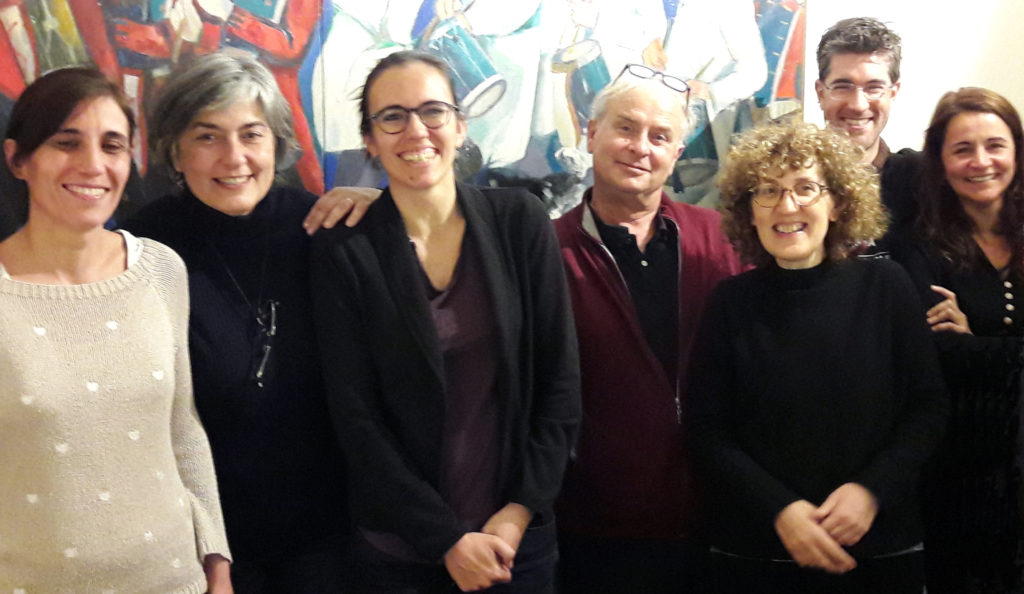 The CIBERER U730 and U731 units, led respectively by Virginia Nunes (IDIBELL, UB) and Manuel Palacín (IRBB, UB) have just published in eLife a study carried out in collaboration with the U761 units (Isabel Varela-Nieto, CSIC / UAM) and U716 (Mara Dierssen, CRG), as well as with international groups, Dr. Meritxell Espino (Sidra Medicine, Qatar) and Dr. Paolo Gasparini (University of Trieste, Italy).

The phenotyping of the knockout mouse model for the Slc7a8 gene, generated by the U730 and U731 units, is addressed in the published work. SLC7A8 is the catalytic subunit of a heteromeric neutral amino acid transporter known as LAT2 (L-Type Amino Acid Transporter-2) that is expressed in the proximal renal tubule, small intestine, hemotoencephalic barrier and placenta in mice.

The behavioral tests carried out by U716 made it possible to detect a possible hearing loss, which was confirmed after a deep auditory phenotyping performed by U761. The results confirm that SLC7A8 is expressed in the inner ear of the mouse and that its absence produces age-related hearing loss (ARHL), due to the damage produced in cochlear structures such as the organ of Corti, thespiral ganglion and stria vascularis. At the same time, several mutations in the SLC7A8 gene were identified in a group of patients with ARHL from two isolated towns in Italy. Functional analysis “in vitro” revealed a significant decrease in transport activity in the variants p.Val302Ile, p.Arg418His, p.Thr402Met and Val460Glu, supporting the involvement of SLC7A8 in age-related deafness.

This work demonstrates that the SLC7A8 / SLC3A2 transporter plays a relevant role in age-related deafness, suggesting the involvement of amino acid transporters in a significant percentage of unidentified genetic deafness.

Share on Facebook
Share on Twitter
Share on Linkedin
Share on Email
Tweets by @idibell_cat
Tags: Genes, Disease and Therapy Program, Human Molecular Genetics, Traslacional Medicine,
Manage Cookie Consent
To provide the best experiences, we use technologies like cookies to store and/or access device information. Consenting to these technologies will allow us to process data such as browsing behavior or unique IDs on this site. Not consenting or withdrawing consent, may adversely affect certain features and functions.
Manage options Manage services Manage vendors Read more about these purposes
View preferences
{title} {title} {title}
Scroll to Top