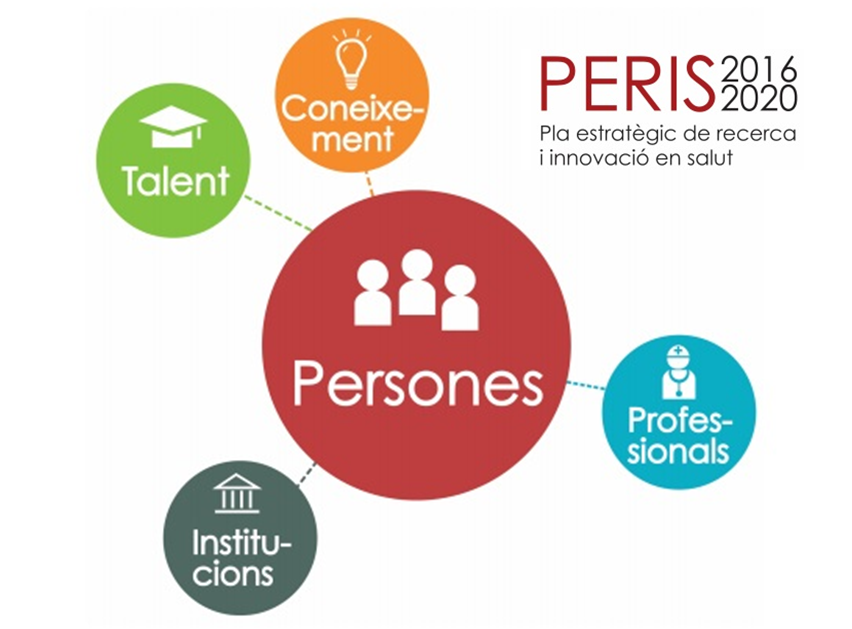 The Department of Health has issued the final resolution of the first call for research grants linked to the Strategic Plan for Research and Innovation in Health (PERIS) 2016-2020. Researchers from the University Hospital of Bellvitge (HUB), the Catalan Institute of Oncology (ICO) and the University of Barcelona (UB) and their research projects, managed through the Bellvitge Biomedical Research Institute (IDIBELL), have managed to obtain more than one million euros in funding from this call.

Within the four main areas of action foreseen in PERIS, most of the funds received by researchers from Bellvitge are part of large territorial research programs aimed to prepare the Catalan health system for the challenges of the next decades. Thus, among the 13 projects awarded in this area, 3 are coordinated by IDIBELL researchers – Drs. Oriol Bestard (HUB), Oscar Murillo (HUB) and Josep Maria Borràs (Director Plan of Oncology, PDO) – and 6 more include the participation of Drs. Gabriel Capellà (ICO), Daniel Podzamczer (HUB), Manel Esteller (IDIBELL), Montserrat Arnan (ICO), Aurora Pujol (IDIBELL), Conxi Lázaro (ICO) and Núria Vilarrassa (HUB).

As for ​​primary care, Francesc Formiga (HUB) participates in one of the 24 funded projects. Two projects have also been granted to the Costa de Ponent Primary Care Directorate, led by Mercè Marzo – with the participation of Dr. Paula Manchón, Luisa Aliste and Dr. Joan Prades (PDO) – and Jesus Almeda.

Regarding the funds for the intensification of nursing professionals, created to ease their dedication to research, four grants have been given to Bellvitge Hospital staff – Elena Calvo, Magdalena Nebot, Jordi Adamuz and Gemma Via-, two to ICO staff – María Paz Fernandez Ortega and Lucía Benito- and three more grants to Costa de Ponent DAP – Jordi Fernández, Jose Antonio Zafra and Miguel Ángel Díaz.

The PERIS, approved by the Government of the Generalitat de Catalunya in June 2016, defines the general lines of research and innovation in health of the Department of Health for the coming years. For the first time, this plan included a specific call for research grants worth more than 20 million euros over three years that will allow scientists to be included in the research groups of health centers, facilitate the dedication of Health care professionals centers to research and launch research projects targeting the citizens’ health needs.

In this sense, the nearly half thousand proposals submitted have been evaluated by forty independent experts under the coordination of the Agency for Quality and Health Assessment of Catalonia (AQuAS). Among these, 177 have finally been chosen to receive funding, given their level of excellence and under the principle of ensuring an efficient use of public resources. The General Directorate for Research and Innovation in Health of the Department of Health has emphasized the extraordinary quality of most of the presented projects, as well as the speed with which the different phases of the call were carried out.

Share on Facebook
Share on Twitter
Share on Linkedin
Share on Email
Tweets by @idibell_cat
Tags: Cardiovascular, Respiratory and Systemic Diseases and cellular aging Program, Diabetes, Nutrition and endocrinological diseases , Difficult to Treat Infections and Antimicrobians Use , Health services research in cancer , Hematopoyetic and lymphoid tumors , Hereditary cancer , Infections of the Respiratoy Tract and in Immunocompromised Patients , Infectious disease and transplantation Program, Nursing, Systemic Diseases and Ageing ,
Manage Cookie Consent
To provide the best experiences, we use technologies like cookies to store and/or access device information. Consenting to these technologies will allow us to process data such as browsing behavior or unique IDs on this site. Not consenting or withdrawing consent, may adversely affect certain features and functions.
Manage options Manage services Manage vendors Read more about these purposes
View preferences
{title} {title} {title}
Scroll to Top