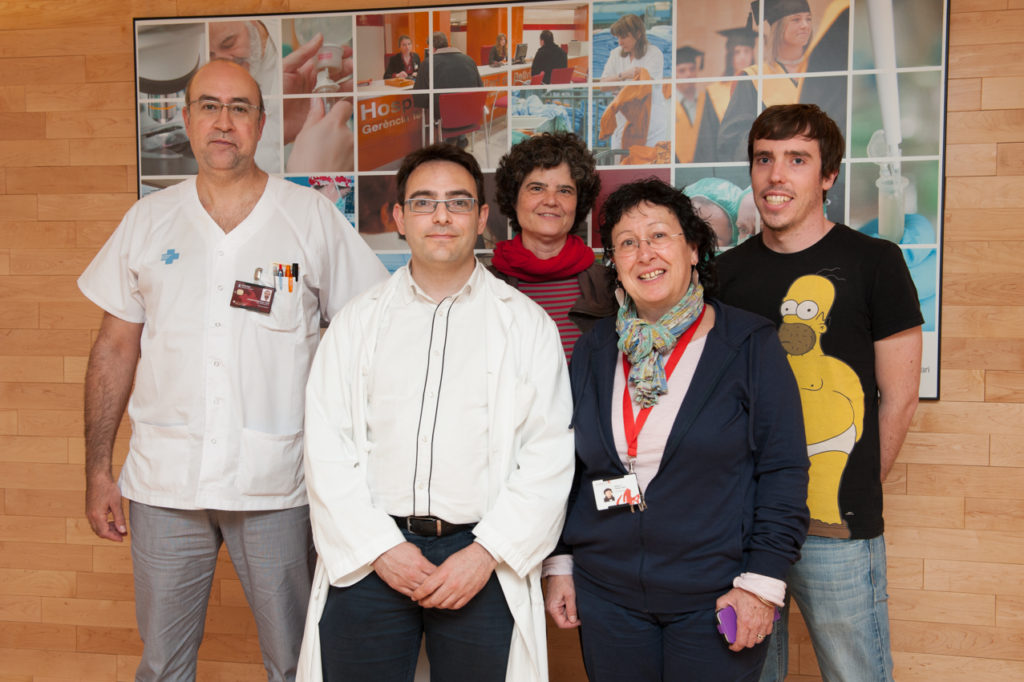 Researchers from the Bellvitge Biomedical Research Institute (IDIBELL) and the Institute of Biomedical Research August Pi i Sunyer (IDIBAPS) participated in a study published recently in the by the journal Investigative Dermatology, entitled “AURORA A overexpression (AURKA) is driven by FOXM1 and MAPK / ERK activation in melanoma cells harbouring BRAF or NRAS mutations: Impact on melanoma prognosis and therapy. ”

The authors describe how the overexpression of AURKA (Aurora kinase A, a protein involved in cell cycle control) is associated with a worse prognosis in patients with cutaneous melanoma. The expression of this protein depends on factors such as FOXM1 transcription factor and of ERK-MAPK activation signaling pathways, often due to the presence of BRAF or NRAS mutations. However, pharmacological inhibition or silencing AURKA FOXM1 and affects the proliferation and survival of melanoma cells, even those resistant to BRAF inhibitors. The excellent results in pre-clinical studies suggest that the use of inhibitors and AURKA FOXM1 can benefit melanoma patients resistant to therapy anti-BRAF and / or NRAS mutations carriers so far about treatments orphans .

Several researchers linked to IDIBEL participated in this study: Drs JR Marcoval J Ferreres and the Department of Dermatology at the University Hospital of Bellvitge; Drs MA Pujana, JM Piulats, L Palomero and F Mateo from ICO-IDIBELL and E. Cabré and A Vinyals, led by Dr. Fabra at IDIBELL’s Molecular Oncology lab.

The work has been funded with the support of “TV3 Marathon Foundation”; the “Spanish Association Against Cancer (AECC)”; the “AGAUR”; “RTICC”; “ISCIII” and “Fondos FEDER.”