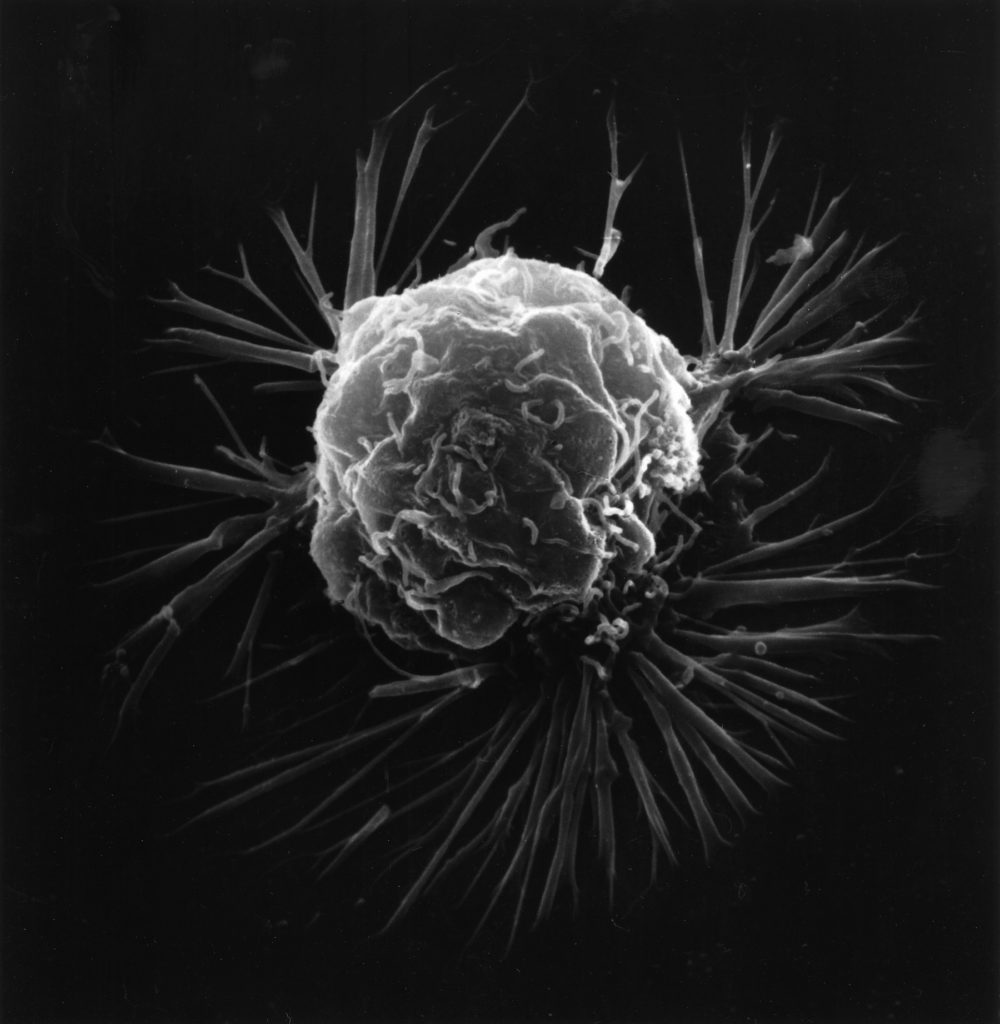 Researchers at the Institute of Biomedical Research of Bellvitge (IDIBELL), led by Dr. Eva Gonzalez-Suarez, have shown that pharmacological and genetic inhibition of signaling pathway RANK / RANKL leads to a significant reduction in recurrences and metastases in breast cancer in a mouse animal model. Their findings, published in Cancer Research, suggest that RANK inhibitors currently used in patients with osteoporosis and bone metastases may have potential for treating breast cancer.

Cancer stem cells (CSC) express high levels of RANK protein. “In fact, mortality in breast cancer is mainly due to survivor CSC after treatments, which are responsible for tumor recurrence and metastasis” explains Dr. González-Suárez. “Previous studies of this and other research groups have shown that inhibition of RANK pathway may prevent breast cancer, but no one had proven the potential of RANK pathway inhibitors in the treatment of disease.” In their latest work, researchers show that inhibition of the RANK / RANKL signaling pathway could potentially be used as a new therapy in breast cancer; as Dr. González-Suárez puts it, “this inhibition does not reduce tumor growth, but promotes differentiation, reducing the population of CSC and impairing metastasis, which improves the prognosis.”

Under normal conditions, the RANK / RANKL bone metabolism protein pair act as a translator of the information provided by sex hormones such as progesterone and sends a signal which stimulates the development of the mammary gland. This occurs in all women during pregnancy and during the menstrual cycle; however, if the signaling pathway is disregulated, mammary cells begin to divide, multiply and survive when they should not, leading to breast cancer.

The finding published in Cancer Research is considered a breakthrough because inhibitors of the RANK signaling pathway are already approved for clinical use. In fact, such inhibitors are currently used to treat osteoporosis and in the prevention of skeletal-related events in patients suffering from bone metastases due to tumors. “As these preclinical experiments suggest, and given that the RANKL / RANK pathway plays an important role in the development of primary breast cancer, inhibitors could serve as a potential target for the prevention and treatment of breast cancer”, the researcher concludes.