Dr. Conxi Lázaro is awarded the Theodor Schwann Prize for his research in the field of neurofibromatosis 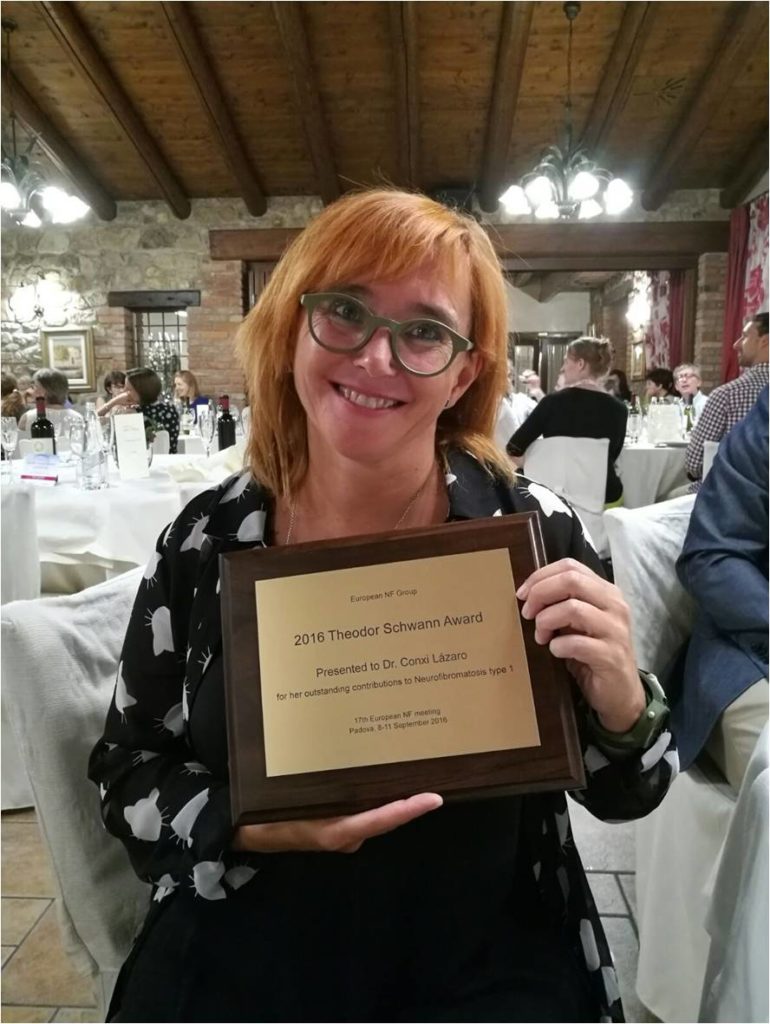 Dr. Conxi Lázaro, director of the Molecular Diagnostic Unit of the ICO-IDIBELL Hereditary Cancer Program, has received the prestigious Theodor Schwann prize awarded by the European Association of Neurofibromatosis. This award is named after the German physiologist who identified the cells responsible for tumors present in patients with neurofibromatosis type 1, the Schwann cells.

Dr. Lázaro received this distinction during the recent European Congress of Neurofibromatosis, which took place in the city of Padova-Abano Terme (Italy) last 8-11 September. The researcher has been working on the genetic basis of neurofibromatosis type 1 over 25 years; She has directed several doctoral theses, obtained different projects and national and international awards and has published numerous articles in prestigious scientific journals related to this serious genetic rare disease. Additionally, Dr. Lázaro co-organized the last European Congress of Neurofibromatosis, which took place in Barcelona in September 2014.