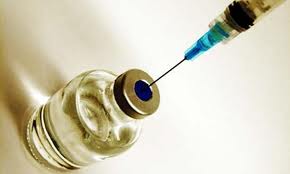 The human papillomavirus (HPV ) is responsible for cervical cancer and is behind a significant percentage of other tumors such as vulva , vagina, penis, anus, and oropharynx . It is estimated that , in Europe , every year 30,000 women die as a result of cervical cancer , especially in the Eastern countries , where screening programs are not consolidated

The consortium CoheaHr wants to provide scientific evidence for the clinical effectiveness and cost – effectiveness of different strategies to prevent cervical cancer throughout the European Union . To assess strategies focus on screening for HPV detection and vaccination. Specifically , the consortium conducted four clinical trials : The results of the different components will be incorporated into transmission models , economic and impact made ​​by the consortium to make projections of different preventive interventions. The consortium is committed to producing systematic reviews that allow summarizing the evidence generated in the medical literature and contribute to the dissemination of research results . CoheaHr consortium with the participation of twelve partners from eleven countries : Amsterdam , Barcelona , Tampere , London , Turin , Stockholm , Brussels , Ljubljana , Lyon , Copenhagen , Reims and Wolfsburg . The Research Program in Cancer Epidemiology ICO lead two areas of work , the study of acceptance of the vaccine in women aged 25-45 years and scientific dissemination activities .

ICO-IDIBELL, reference in the study of HPV

Since its creation in 1995 , the ICO has a Program in Cancer Epidemiology Research with a strong line of research in the human papillomavirus . Xavier Bosch and his team members have spent years studying HPV and cervical cancer and her work has been instrumental in establishing the association between cancer and viruses.

The ICO also has actively participated in the design and evaluation of vaccines to prevent it : it was the first Spanish center that participated in advanced clinical trials for the two existing vaccines : A quadrivalent HPV variants against 6/11 /16 and 18 , and other divalent against HPV 16 and 18. Are currently conducting trials of a vaccine that expands the range of new vaccine HPV types.