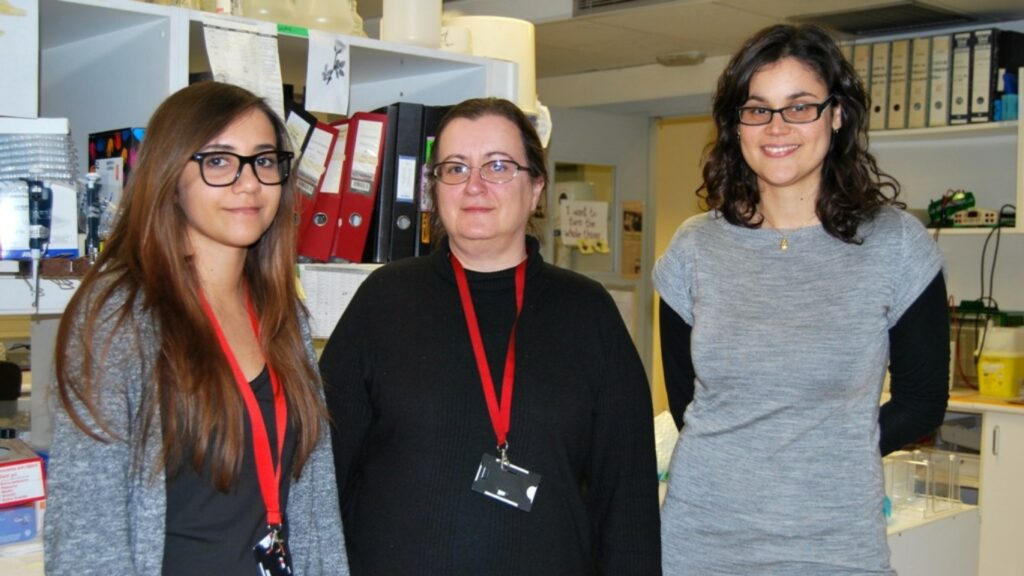 Researchers at the Bellvitge Biomedical Research Institute (IDIBELL) have described a new selectively target in muscle regeneration. This is the association of alpha-enolase protein and plasmin. The finding could be used to develop new treatments to regenerate muscular injuries or dystrophies. The study was published in the PLOS ONE journal.

Skeletal muscle has a great capacity to regenerate after injury or genetic diseases such as Duchenne muscular dystrophy, the most common neuromuscular disorder in children. This condition is due to a defect in the gene of dystrophin, which absence causes instability of the membrane and leads to muscle degeneration of muscle fibres.

Regeneration involves restructuring the muscular tissue and it requires the participation of extracellular enzymes such as plasmin. The alpha-enolase, an enzyme found in the cytoplasm of cells, enables the activity of plasmin on the cell membrane giving the cell the ability to degrade the surrounding tissue.

In this study, IDIBELL researchers show that the association alpha-enolase and plasmin regulates two connected processes in the injured muscle or dystrophy: first, the attraction (recruitment) of immune cells to remove damaged tissue and, on the other hand, the formation of new muscle tissue from the stem cells. The researchers observed in the laboratory that these stem cells lost the ability to activate and merge to form skeletal muscle fibers when applied specific inhibitors of the alfa-enolasa/plasmina union.

The researchers also performed experiments in mice with Duchenne muscular injury. When they treated the animals with the same inhibitors, the mice showed a significant defect in muscle regeneration.

“These results demonstrate that the interaction of alpha-enolase and plasmin is necessary for the restoration of damaged muscle tissue”, said Roser López-Alemany, IDIBELL researcher and study coordinator.

Recently, an extensive proteomic meta-analysis identified the alpha-enolase as the first differentially expressed protein in both human pathologies and mouse models, suggesting that “it may be considered a marker of a pathological stress in a large number of diseases”, said Lopez-Alemany.

This study indicates that the association alfa-enolasa/plasmina is a novel selectively target for therapeutic interventions in muscle pathologies as “demonstrated that alpha-enolase is responsible for plasmin activity associated with muscle regeneration”, concluded the IDIBELL researcher.

Reference of the paper
Díaz-Ramos À, Roig-Borrellas A, García-Melero A, Llorens A, López-Alemany R. Requirement of Plasminogen Binding to Its Cell-Surface Receptor α-Enolase for Efficient Regeneration of Normal and Dystrophic Skeletal Muscle. PLoS ONE 7(12): e50477.