Janet Treasure: ”The eating disorder becomes the only friend of the patients” 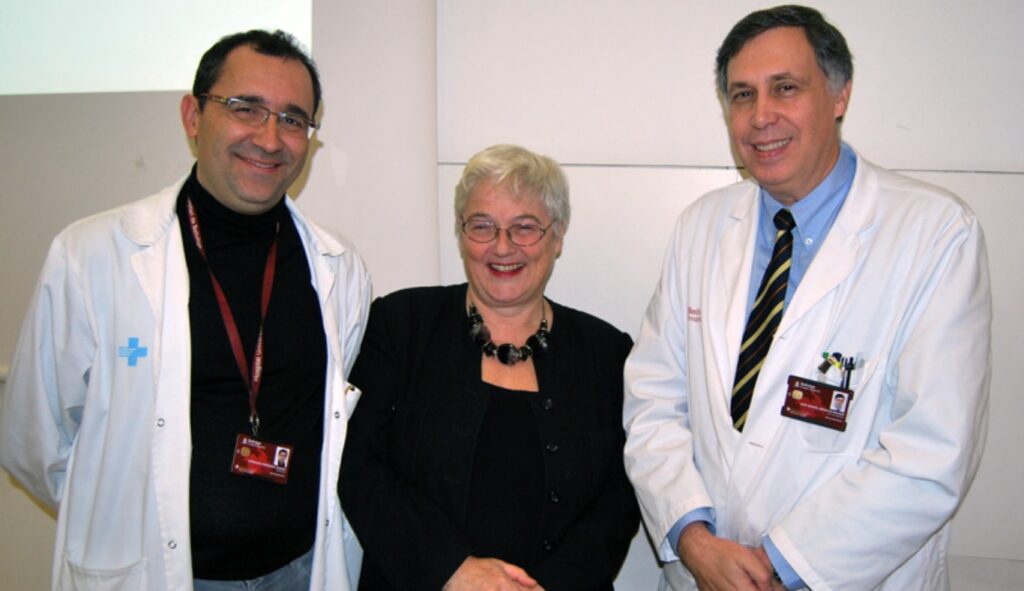 The eating behavior disorders are complex problems that involve genetic, environmental and family. The Director of the Eating Disorders Service at South London & Maudsley NHS Foundation Trust and Professor of Psychiatry at Guy’s, King’s & St Thomas’ School of Medicine, London, Janet Treasure, gave a lecture on these ever more prevalent diseases in the small room of Bellvitge University Hospital on November 30th. The talk was part of the IDIBELL seminar series.

Eating disorders encompass a variety of conditions that have in common the disruption of the way of eating. During the seminar, Treasure noted that in recent years there has been a change in the epidemiology of these diseases. “When I studied, there was only one eating disorder: anorexia nervosa,” she explained. This disease was described in the 1860s, though, warned Dr. Treasure, there are references in texts of the Middle Ages, in which or religious or ascetic behaviours masked anorexia cases.

What has changed in this time? The British specialist highlights the body worship and the increasing consumption of sugar drinks. Treasure cited the writer Naomi Wolf, who argues that in the twentieth century the focus of neurosis has gone from sex to food. Janet Treasure also highlighted the influence of the environment, especially parents and family, in the development of eating disorders. So, father or brother teasing, especially to girls, seem to be related to the occurrence of these diseases, especially bulimia.

Then Treasure spoke about studies made with animal models, especially in binge eating, in which long periods of under nutrition, intermittent availability of highly palatable food (it seems to be quite important), stress or breeding are related with the onset of these diseases. The British researcher also noted that many of the binge eating animal models develop addictions. In this sense, Treasure indicates that these animals show changes in opiate and dopamine receptors characteristic of the “addicted brain”. These changes are also seen in the brains of patients with alternating periods of “fasting and feasting”.

During her lecture, Dr. Treasure explained that several genetic factors related to eating disorders have been identified, which can be seen in the large number of monozygotic twins who develop the disorder together. Treasure explains that 50% of cases may have a genetic component. However, the researcher states that “genes are important, but they get changed by the environment”.

Among the environmental risk factors, the specialist cited stress during pregnancy or obstetric complications. Especially related to bulimia and binge eating disorder, Treasure cited as risk factors snacking and control and rules about food. Instead, as protective factors, she highlighted regular breakfast eating and healthy diet.

Then Janet Treasure discussed personality traits of patients, from the results of several experiments. People affected by anorexia tend to be analytical, perfectionist and detail-focused, and find change more difficult. The expert also spoke about emotional and social alterations in people with eating disorders, which tend to be “harsh self-critical, see the negative and are very sensitive to threat”. The specialist speculated that oxytocin could probably be useful as a treatment to restore social functions and decrease sensitivity to threats.

The brains of patients do not process facial expressions in the same way healthy people do. In this sense, Treasure cited an experiment that compared the reaction of anorexia patients with healthy individuals in front of multiple images on a colour background. Some of these images were faces of people with different expressions and different objects. The researchers asked the participants to tell the name of the colour of each image and controlled the time of response. Sick people took longer to say the colour when the watching image was a face, particularly if it looked angry or showed expression of rejection. Instead, it took less time name the colour with neutral or smiling expression. Those affected by eating disorders appear more sensitive to nonverbal emotions. “They ignore the positives and make negatives much bigger and important”, Dr. Treasure explained. The researcher cited other studies that confirm these results.

In general, people affected by eating disorders hide their emotional expressions because “they put on a protecting mask and have a nice friendly behaviour”, says Treasure. They are also very sensitive to threats, negative emotions and social differences and power.

The British researcher also talked about the physical effects caused by the lack of nutrients in patients with anorexia. “The brain is very voracious; it needs 500 calories a day, and there are patients who fail to ingest this amount”, warned the doctor. This caloric restriction affects the brain structure, especially the areas related to social function.

“Eating disorder eventually becomes the only friend of the patient”, Treasure explained. This situation is bound to have a great impact on families, which often end up taking detrimental behaviours to patients. Treasure cited three models of family behaviours, making comparisons with different animals. The elusive attitude of the ostrich, the aggressive position of the rhinoceros or the overprotection of the Kangaroo are harmful attitudes, ending feeding the monster inside, with which the researcher compared the disease.

Treasure ended the conference saying that the key to successfully treat the disease is in the support of others, family friends and health professionals. The doctor gave much importance to begin the treatment as soon as possible. The eating disorders “can be completely cured, especially if they are treated during the first three years”, she said. Unfortunately, half of the patients end up coming to the doctor’s office more than five years after the disease onset, making recovery difficult. Despite the progress made in recent years, a third of patients never recover.