Matias Hidalgo: ”The ciliated cells of inner ear can be regenerated in birds” 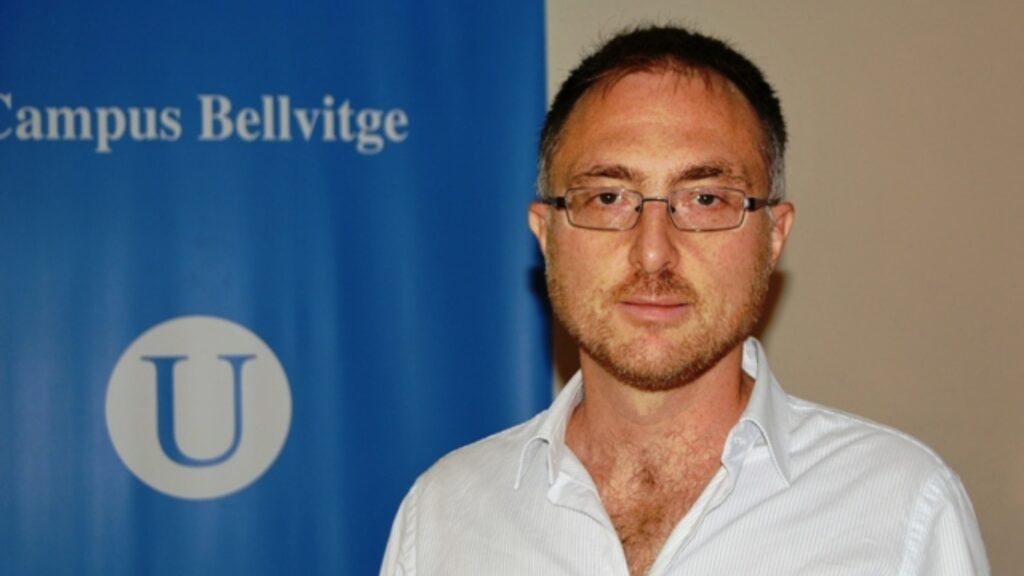 The past IDIBELL Seminar from October 5th, entitled “Differentiation of sensory elements of vertebrates inner ear: growth factors and regeneration”, was given by Dr. Matías Hidalgo Sánchez, Doctor of Biology at the University of Extremadura. The conference was held in the Auditorium of the University of Barcelona (Campus Bellvitge).

The inner ear consists of a series of interconnected cavities. There are some sensory elements, such as ridges and macules, and the hearing. To understand how works the inner ear, it is necessary to know the embryonic development which gradually produces the ear morphogenesis. Not all inner ears are equal. In our key development it was essential the fish move in other environments such as open sea and the returning to the earth. In birds, the inner ear takes a complex as they have to dominate the air.

If we merge all the stains and ridges, we have a single central macula. “The evolutionary leaps must appear on all the models we are proposing”, said Dr. Hidalgo.

Sensory sense appears evolutionarily below. It occurs in amphibians. From an optic vesicle develops from other sensory elements. There are two possible hypotheses for the sensory elements. One is by subdivision of a pan-sensory domain and, moreover, by creating different sensory elements by novo. In the pan-sensory theory, it is assumed that the birds ear come from an ancestral primitive vertebrate.

Molecular and Cellular Therapy. Is it possible to regenerate the inner ear?

In 2000, it was discovered that the ciliated cells of the inner ear, in the case of birds, could be regenerated. Previously, it was thought that it was not possible because it is assumed that the origin of the ear is the neuroblasts.

It was proposed that the regeneration of ciliated cells of the inner ear in birds could occur by two mechanisms: directly by transdifferentiation or through an intermediate step.

“Several research groups are seeking stem cell markers in the inner ear to see if it is possible the regeneration”, said Dr. Hidalgo.

Some of the possible markers are LGR4 and Lgr6, located on the crests of the inner ear. The LGR5 is in all sensory elements, while LGR7 is not in the sense elements.

“We will discuss with the group of Dr. Llorens if there is any cell transdifferentiation, to see the possibilities of regeneration of the inner ear. In the case of mammals, for the moment, has not been demonstrated any regeneration. But the study of the markers in birds can give us clues to the human study”, concluded Hidalgo.