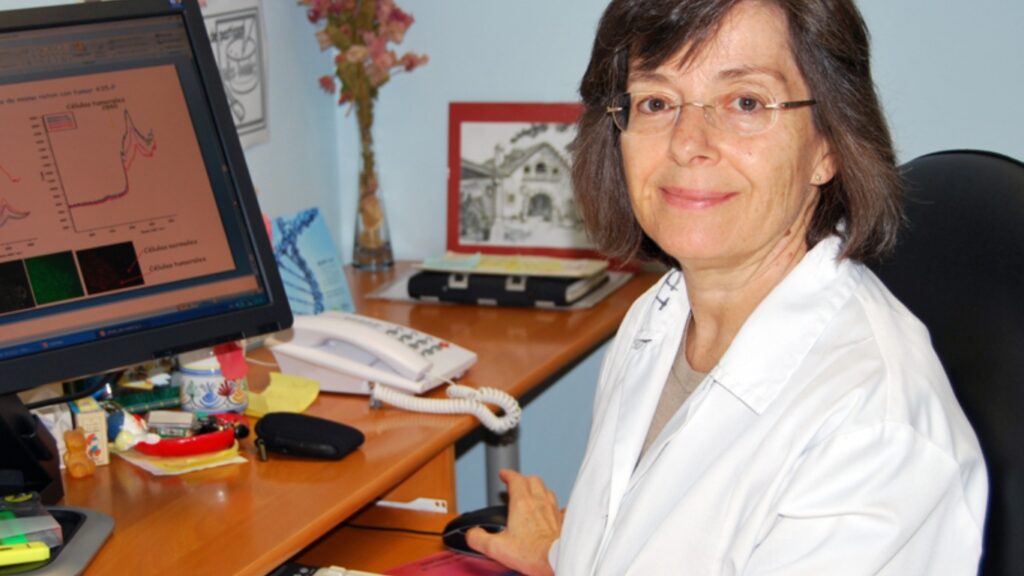 Researchers at the Bellvitge Biomedical Research Institute (IDIBELL) and The Institute of Photonic Sciences (ICFO) have collaborated on the development of a diagnostic tool that identifies the metastatic ability of breast cancer cells. The analysis is based on the characterization of the lipid component of the cells, which is indicative of malignancy. This has allowed the researchers to develop a classifier to discriminate cells capable of inducing metastasis. The results of the study have been published in the online version of the scientific journal PLoS ONE.

The characterization of the lipids associated with malignancy has been possible thanks to the technological development of a spectroscopic device named Raman along with the versatility offered by the experimental models of breast cancer. The results of this process form the basis for introducing this technique in routine cytological diagnosis, which could be extended in the future to diagnose other tumours.

The researchers have analyzed the main components and, partly, the less discriminating ones to assess the profile of the lipid composition of breast cancer cells. They have generated a classification model that segregated metastatic and non-metastatic cells. “The algorithm for the discrimination of the metastatic ability is a first step towards the stratification of breast cancer cells using this quick and reactive tool”, explains the study coordinator, Àngels Sierra, researcher at the Biological Clues of the Invasive and Metastatic Phenotype group of IDIBELL.

Using cytology techniques, the researchers have found a correlation between the activation of lipogenesis (the chemical reaction leading to fatty acids in an organism) and the amount of saturated fats in metastatic cells indicating a worse prognosis and a decreased survival. The lipid content of the breast cancer cells might be a useful measure to determine various functions coupled to the progression of breast cancer. The work has been supported by the Instituto de Salud Carlos III, the former Spanish Ministry of Science and Innovation and the private Cellex Barcelona Foundation.