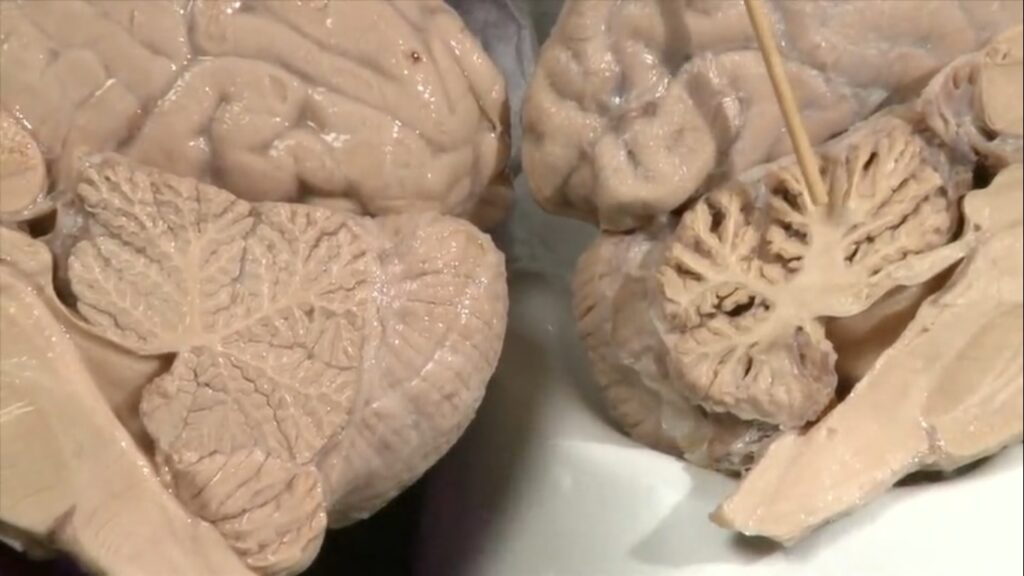 The cerebellum is the center responsible for motor coordination in vertebrates. Alterations of this part of the central nervous system, situated under the brain, result in a complex syndrome called ataxia, characterized by a lack of coordination of body movements.

The study published in PLoS Genetics identifies a gene that causes ataxia in mice called, by the authors, tambaleantes (meaning staggering in Spanish), due to movement problems. The gene encodes a giant protein called HERC1, consisting of about 5,000 amino acids that is involved in control processes of proteins and the regulation of growth and cell division.

A recessive mutation of the gene that produces only one amino acid change (glycine483glutamic) in HERC1 protein causes a progressive neurodegeneration of neurons in the cerebellum (called Purkinje cells) in affected mice over two months. In addition to suffering ataxia, these animals are smaller, have fertility problems and shorter lifespan. All these effects have been reversed with the introduction of a normal gene copy in tambaleante mice.

The work demonstrates an unexpected and crucial role of the protein HERC1 in the physiology of Purkinje cells and identifies this protein as a factor to consider in neurodegenerative disorders.

Besides IDIBELL and the University of Barcelona, in the work have participated research groups from the Pasteur Institute in Paris, Kyoto University in Japan, and Universidad Miguel Hernández-CSIC, Alicante (Spain).

Share on Facebook
Share on Twitter
Share on Linkedin
Share on Email
Tweets by @idibell_cat
Tags: Cell signalling and bone biology, Diabetes and Metabolism Program, Translational Medicine Area,
Manage Cookie Consent
To provide the best experiences, we use technologies like cookies to store and/or access device information. Consenting to these technologies will allow us to process data such as browsing behavior or unique IDs on this site. Not consenting or withdrawing consent, may adversely affect certain features and functions.
Manage options Manage services Manage vendors Read more about these purposes
View preferences
{title} {title} {title}
Scroll to Top