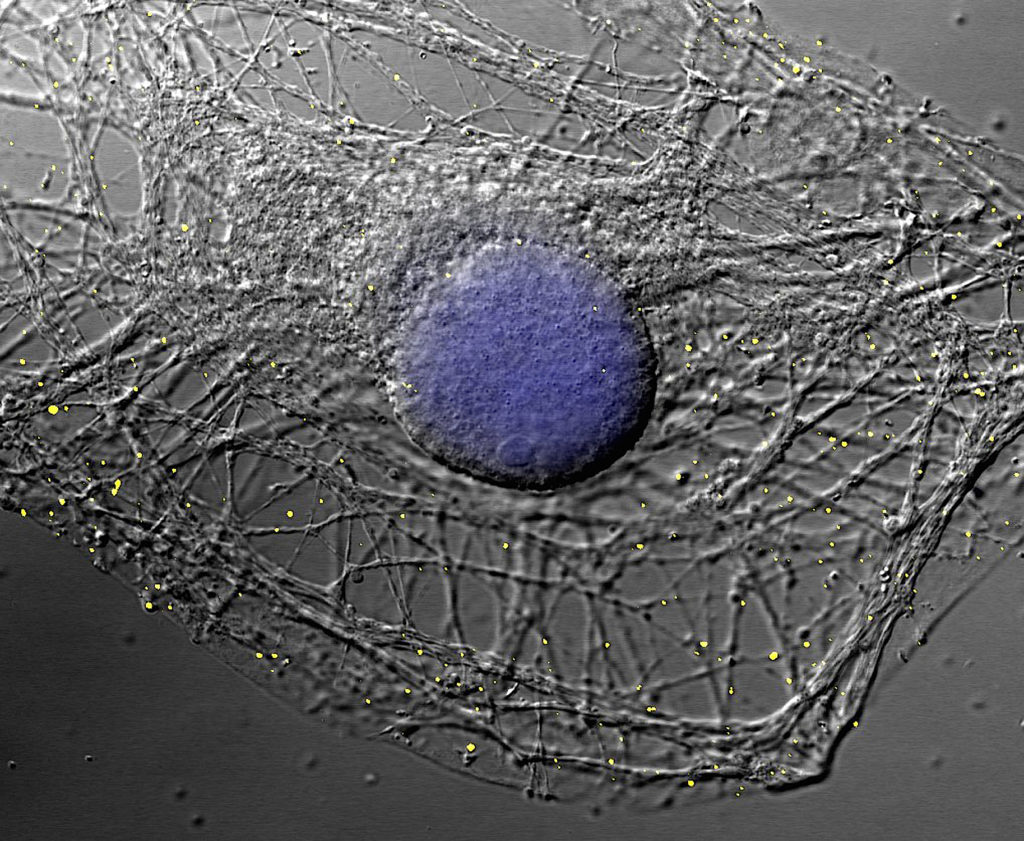 Neural connections or synapses are not stable, they are formed and eliminated according to the needs. Thus, we are born with a high number of synapses that we eliminate during the postnatal stage, a process necessary for the correct processing of information. The number of synapses is under great control, since an excess or a defect could lead to imbalances and diseases such as schizophrenia or autism.

The group of Dr. Artur Llobet, a researcher from the Bellvitge Biomedical Research Institute (IDIBELL), the Faculty of Medicine and Health Sciences and the Institute of Neurosciences at the University of Barcelona (UBNeuro), had described the ability of the SPARC, a protein secreted by glial cells of the nervous system, to eliminate synapses. However, the mechanism that this protein use or the target synapses is still unknown. For this reason, they started a series of experiments in which they let SPARC act for long periods, hoping to detect which synapses were removed and by which mechanism.

Surprisingly, when neurons are exposed to SPARC action initially they showed a drop in neurotransmission, which later was completely recovered with SPARC still present in the media: the neurons showed a new mechanism of homeostatic presynaptic plasticity. These types of mechanisms are responsible for maintaining the correct levels of neurotransmission in the circuits, adjusting the number and the power of the synapses to maintain constant basal neurotransmission. Dr. Llobet assures that “they wanted to describe the selectivity of action of SPARC and they ended up investigating a new mechanism of plasticity.” The work has been published in the journal Communications Biology.

Cecilia Velasco, the first author of the work, tells us that the experiments were carried out on cultures of isolated neurons that only could form connections with themselves, the named autaptic synapses. This type of synapses was described in the brain a long time ago. Many neurons form them, but in small numbers, and for this reason, this type of synapses is so difficult to study, and their function remains unknown. The fact that autaptic synapses recovered so quickly and with such precision in trials indicates that neurons could somehow use these contacts to detect neurotransmission shocks, and then generate new synapses to restore basal levels. According to this, the autoptic synapses could be a type of accelerator that increased the neurotransmission when it is necessary by positive feedback. Also, the fact that the circuit recovered them so effectively could mean that it is a type of fundamental connection to maintain the balance of the neural circuits.

Share on Facebook
Share on Twitter
Share on Linkedin
Share on Email
Tweets by @idibell_cat
Tags: Cellular and Molecular Neurobiology , Neuroscience Area, Neuroscience Program,
Manage Cookie Consent
To provide the best experiences, we use technologies like cookies to store and/or access device information. Consenting to these technologies will allow us to process data such as browsing behavior or unique IDs on this site. Not consenting or withdrawing consent, may adversely affect certain features and functions.
Manage options Manage services Manage vendors Read more about these purposes
View preferences
{title} {title} {title}
Scroll to Top