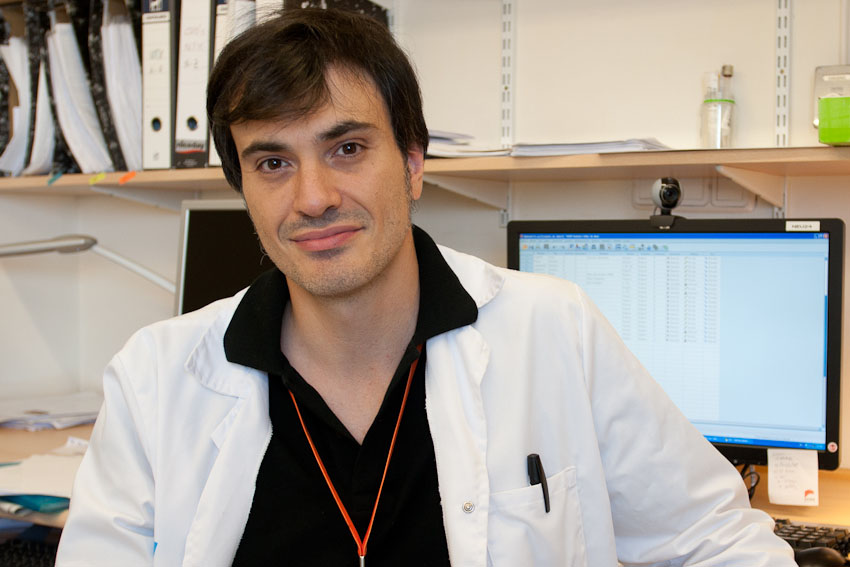 Oligodendroglioma is one of the few brain tumors in which current treatments achieve prolonged and significant survival rates. This is a rare cancer that affects young and middle-aged people, which starts in the oligodendrocytes, the cells that cover and protect neurons in the brain and spinal cord. The current treatment consists of surgery and radiotherapy on the brain, along with chemotherapy schemes. However, its possible medium and long-term toxic effects are unknown, especially when it comes to cognition. A study led by doctors Jordi Bruna and Marta Simó, researchers from the Bellvitge Biomedical Research Institute and doctors from the Neuro-oncology Unit of Bellvitge University Hospital – Catalan Institute of Oncology, achieves a breakthrough in the knowledge of these effects of cancer treatment in patients.

The research results, recently published in the journal Neuro-Oncology, show that patients with grade II and III oligodendroglial tumors (according to the World Health Organization classification) present, after more than 5 years of treatment completion, a degree of cognitive impairment that is considered serious in up to 38% of those affected. This late cognitive toxicity is mainly associated with cerebral atrophy and damage to the cerebral white matter.

At present, standard treatment of oligodendroglial tumor patients includes chemotherapy (procarbazine, lomustine and vincristine) and cranial radiation therapy, a combination that significantly improves overall survival and progression-free survival of grade II and III oligodendrogliomas. Specifically, the overall 10-year survival rate with standard treatment is almost 80% for grade II oligodendrogliomas and 60% for grade III, a figure never seen before in malignant gliomas. Therefore, the impact of the long-term effects of cancer treatment in patients with oligodendroglial tumor has become an increasingly relevant aspect, especially regarding cognitive functioning.

The objective of Bruna and Simó’s team was to examine cognitive deficits along with structural brain changes in a series of long-term survivors of grade II and III oligodendroglial tumors, who were treated with radiotherapy and chemotherapy, using advanced techniques of neuroimaging analysis. Results obtained indicate that long-term survivors of an oligodendroglial tumor that underwent a standard treatment of radiotherapy and chemotherapy, show cognitive impairment after more than five years of its completion, especially in memory and executive functions. This impairment is associated with late damage of the gray matter (the neurons) and the white substance (the connections between neurons).

These results obtained by the IDIBELL group show, for the first time, the need to develop new treatment strategies for patients with oligodendroglial tumors for which long survival is expected.