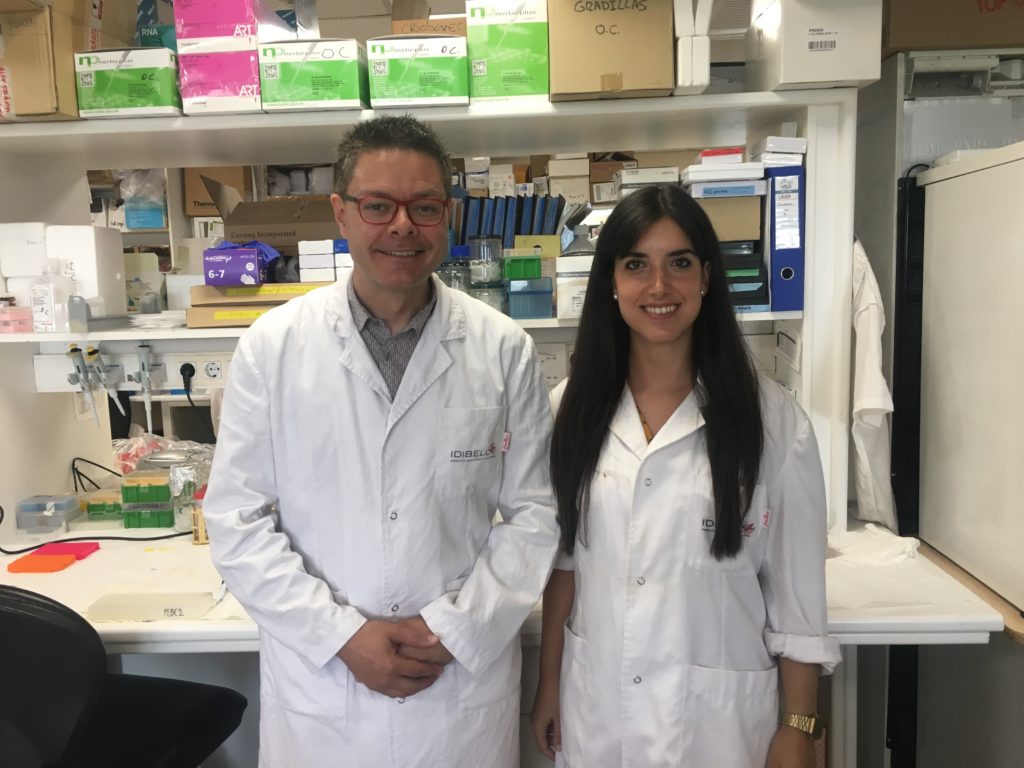 •    In response to treatment, the immune cells of the tumor act as elements that make the tumor malignant.

Researchers at the Bellvitge Biomedical Research Institute (IDIBELL) and the ProCure Program of the Catalan Institute of Oncology (ICO) published in Cancer Research a study describing a new mechanism in cancer that turns cells into malignant cells and contradicts what had been published so far about drug resistance that prevent the formation of blood vessels (anti-angiogenics). The research has been led by Dr. Oriol Casanovas, from the group of Tumor Angiogenesis of the IDIBELL, and the Dra. Iratxe Zuazo has participated as one of the first authors.

In the search for alternative factors to fight cancer, antibody development as a therapeutic route is one of them. Antibodies can have an anti-tumor effect, preventing tumors from developing properly. In this study, scientists observed that one of these antibodies led to similar effects to those known for traditional antiangiogenic medications. However, the initial response to treatment culminated in the appearance of long-term resistance and malignancy through a mechanism unknown to date.

“In the formation of blood vessels (angiogenesis) it had been described that the conditions of low oxygen concentration (hypoxia) in the tumor were the cause of malignization of the tumor cells that became more aggressive and migrated” says Dr. Iratxe Zuazo, “but our samples did not present hypoxia conditions and we still had this effect”.

The antibody of the study had the target Semaphorin 4D (Sema4D). Semaphorins are a large and diverse family of proteins from outside the cells, involved in cell signaling, and are essential for the development and maintenance of many organs and tissues. Some of them have implications for angiogenesis and cancer progression. Its name comes from the Greek semaphero, that means “bearer of signals”.

Sema4D is a protein that is expressed predominantly in the membrane of solid tumors, in cancers such as breast, prostate and colon cancer. This protein is also found in tumor-associated macrophages (TAMs), which are immune cells that play an important role in tumor invasion, tumor formation and in metastasis. The 4D Semaphorin is also related to the formation of blood vessels.

Faced with this new situation, the researchers looked for which could be the differential factor from what was known to date, and they realized that there was a large presence of macrophages. They saw that, in the presence of the anti-Sema4D antibody, the macrophages secreted a molecule named SDF1, which causes the tumor cells to migrate more: they present more motility and more invasion.

These tests were done in transgenic mice models and what was observed was an increased survival of animals in the short term. In the long term, however, an unwanted effect (metastasis) was generated, significantly worsening the condition of the mice.

“Now that we know the new mechanism, we can begin to look for a way to inhibit it – for example, avoiding secretion of SDF1- and, in this way, to give an alternative to only have the positive effects of the antibody” explains Dr. Oriol Casanovas. He adds that “depending on each case, treatments could be carried out simultaneously with two drugs at the same time”.

“What we propose is that the immune system is also taken into account when doing some therapies, because now we know that there may be the possibility of activating it with some drugs”, concludes Dr. Iratxe Zuazo.

Share on Facebook
Share on Twitter
Share on Linkedin
Share on Email
Tweets by @idibell_cat
Tags: Cancer, Tumour Angiogenesis,
Manage Cookie Consent
To provide the best experiences, we use technologies like cookies to store and/or access device information. Consenting to these technologies will allow us to process data such as browsing behavior or unique IDs on this site. Not consenting or withdrawing consent, may adversely affect certain features and functions.
Manage options Manage services Manage vendors Read more about these purposes
View preferences
{title} {title} {title}
Scroll to Top