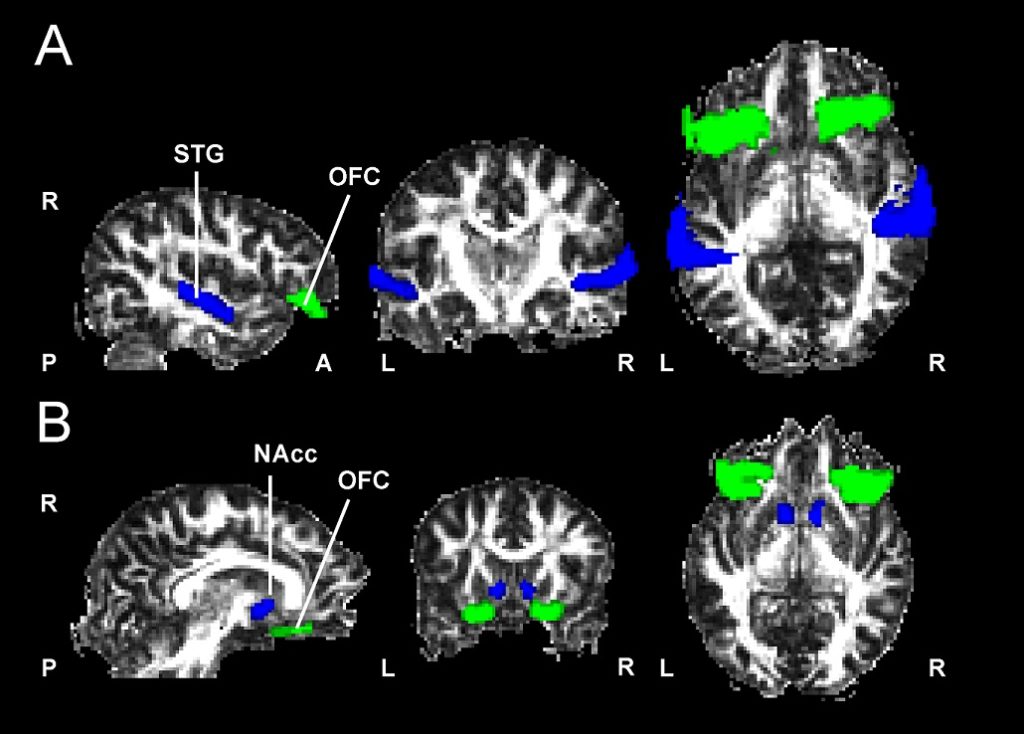 The white matter structure in the brain reflects music sensitivity, according to a study by the research group on Cognition and Brain Plasticity of the Institute of Neurosciences of the University of Barcelona (UB) and the Bellvitge Biomedical Research Institute (UB-IDIBELL). The study, published in Journal of Neuroscience, shows that white matter connectivity, the tissue through which the different areas in the central nervous system communicate, is essential to understand why we like or dislike music. Also, it shows that brain reward structures have to work with perception structures so that people enjoy music.

UB researcher Josep Marco-Pallarés leads a study in which Antoni Rodríguez-Fornells (UB-IDIBELL-ICREA), Noelia Martínez-Molina, from the University of Helsinki (Finland), and Ernest Mas-Herrero and Robert Zatorre, from the McGill University (Canada)- have taken part.

People who do not feel any pleasure with music

Listening to music is regarded as a satisfying activity, but previous studies by this group showed there is an individual unevenness: there are people who could not live without music, and others who do not enjoy it at all, a condition that has been called specific musical anhedonia. According to Josep Marco-Pallarés, “this phenomenon occurs to healthy people, without any pathology. Therefore, people with specific musical anhedonia enjoy other stimuli (such as food, or money rewards), but they are not sensitive to a musical reward”.

The study of the specific musical anhedonia determined that individual differences regarding musical rewards were related to the functional connectivity (different patterns of neuronal activation in different brain regions) in the auditory cortex, specifically the supratemporal auditory cortex, and a key area in the rewarding process, the ventral striatum. Thus, musical sensitivity depended on the work of these two areas together.

The objective of the new study was to find out whether musical sensitivity was defined by how perception process areas and reward system areas were connected. The experiment was conducted with thirty-eight healthy volunteers using imaging-functional magnetic resonance, which enables the reconstruction of the structure of the brain white matter, the white matter bundles that connect different brain regions.

Participants’ musical sensitivity was determined through the obtained score in a questionnaire created by the same research group, the Barcelona Music Reward Questionnaire (BMRQ), which defined their musical sensitivity. After that, during the magnetic resonance session, participants had to listen to extracts from classical music songs and provide pleasure values ranging from 1 to 4 in real time. To control their brain response in other types of rewards, participants had to play in a money bet activity in which they could win or lose real money. None of the participants showed a low score in the general reward scale, showing that individual differences in the reward process are limited to music and not other stimuli.

The results of the experiment show there is a relation between the white matter structures connecting the musical cortex and the activity in the reward system. According to Josep Marc-Pallarés, “the study shows musical sensitivity is related to white matter structures that connect, on the one hand, the supratemporal auditory cortex with the orbitofrontal cortex, and on the other, the orbitofrontal cortex with the ventral striatum”.

Why there is only musical anhedonia?

These results highlight the need to widen the study focus to understand the functioning of the brain reward systems. “We cannot study only the reward network, we need to know how stimuli access the reward system. This could be the key to understand why there are specific anhedonia for a specific stimulus like music but not for other stimuli like games or food, which could have other applications for the understanding of several pathologies that are related to specific addictions or specific anhedonia for a certain stimulus”, concludes Josep Marco-Pallarés.