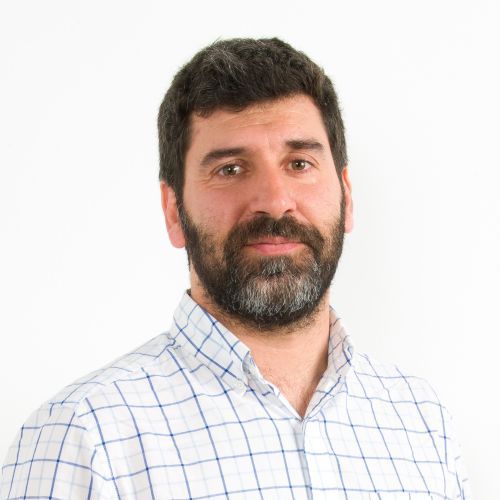 Researcher Álvaro Aytés, head of the Cancer Prostate group at IDIBELL-ICO (Program Against Cancer Resistance, ProCURE, Oncobell), has received an Idea Development Award, worth 400,000 $, from the Congressionally Directed Medical Research Program (CDMRP) of the American Department of Defense (DoD). This award will fund an innovative research project on prostate cancer that aims at understanding how prostate cancer cells evade standard of care treatments and to identify new therapeutic targets.

Despite impressive advances during the last years, prostate cancer remains the most diagnosed and the third leading cause of cancer-related mortality among men in the USA. Fortunately, genome sequencing for personalized medicine is rapidly evolving. “Today, we have an accurate picture of the landscape of mutations occurring in prostate cancer; the challenge ahead is to distinguish the true driver mutations and the “Achilles heals” that emerge during cancer progression and represent cancer vulnerabilities”, Dr. Álvaro Aytés explains.

“We strongly believe that this project can provide the required preclinical data to immediately move the identified and validated drug targets to clinical trials”, says the IDIBELL-ICO researcher. In that sense, the close collaboration of the research group with patients advocacy groups such as The Prostate Net, UsToo or the Movember Foundation and the outstanding group of collaborators engaged in this proposal ensure that results and discoveries will be translated to clinical settings shortly after completion.

The mission of the US Congressionally Directed Medical Research Program of the DoD’s Prostate Cancer Research Program (PCRP) is to fund ground-breaking research that will lead to the elimination of death from prostate cancer and enhance the well-being of men experiencing the impact of the disease. Specifically, the PCRP seeks to promote highly innovative, translational research with near-term clinical relevance.

This award is an accolade to the scientific strategy at ICO and IDIBELL, which in 2016  recruited Dr. Aytés from his position at Columbia University Medical Center in New York, to lead the Prostate Cancer Research laboratory at the Program Against Cancer Therapeutic Resistance (ProCURE) within IDIBELL’s newly launched Oncobell program. Dr. Aytés has received Awards from the European Association of Urology Research Foundation as well as from the Spanish National Institute Health, among others.

Share on Facebook
Share on Twitter
Share on Linkedin
Share on Email
Tweets by @idibell_cat
Tags: Cancer, Resistance and Progression Mechanisms in Prostate Cancer,
Manage Cookie Consent
To provide the best experiences, we use technologies like cookies to store and/or access device information. Consenting to these technologies will allow us to process data such as browsing behavior or unique IDs on this site. Not consenting or withdrawing consent, may adversely affect certain features and functions.
Manage options Manage services Manage vendors Read more about these purposes
View preferences
{title} {title} {title}
Scroll to Top