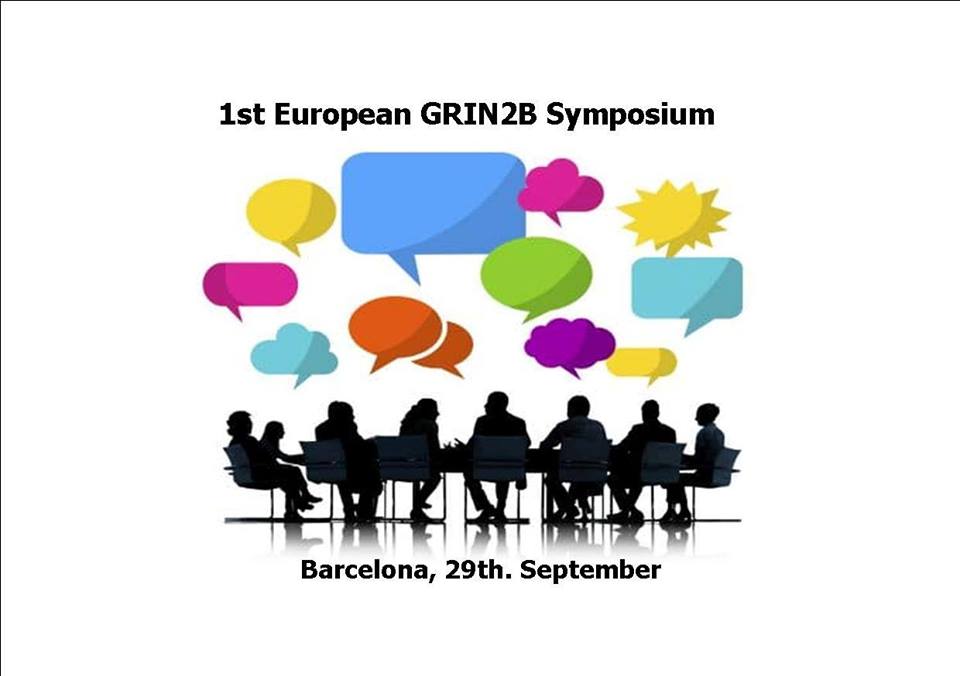 Approximately 25 families from all over Europe will attend the conference halls of Hospital Sant Joan de Déu in Barcelona on September 29th. They belong to the small community (about 100 families worldwide) of families with children suffering from a rare illness that is still little-known today: the so-called “Encephalopathy associated with GRIN2B”, because of the altered gene in this disease (GRIN2B), which presents with several spontaneous mutations. Clinically, children carrying GRIN2B mutations have neurodevelopmental disorders that lead to severe intellectual disability, motor alterations, autistic spectrum type alterations, and epilepsy.

The GRIN2B gene is responsible for producing a protein that is part of a type of receptors of glutamate (a neurotransmitter), the so-called ionotropic receptors of the NMDA type. These receptors are major components of the synapses, neuronal elements that allow communication between neurons in the brain. NMDA receptors have fundamental functions in synaptic development, brain plasticity, neuronal survival, cognition, motor skills, and social communication and interaction. Although recent studies describe the association between new genetic mutations of NMDA subunits and severe psychiatric disorders, knowledge of their pathogenic mechanisms and possible therapeutic interventions is very limited. Recently, the study led by the researcher of the Bellvitge Biomedical Research Institute (IDIBELL) Xavier Altafaj, which was carried out in collaboration with neuropediatricians of Sant Joan de Déu Hospital (Drs. Ángeles García-Cazorla and Carme Fons) and researchers from the University of Barcelona (Dr. David Soto and Carlos Sindreu) and Pompeu Fabra University (Dr. Mireia Olivella), allowed to establish the pathogenicity of GRIN new genetic mutations and, above all, to propose a therapeutic diet that improved the quality of life of those patients with genetic variants of GRIN genes linked to a decrease in the function of the NMDA receptors.

The meeting on September 29th has its origins on two mothers (Amela Huskic, from Denmark, and Zoe Costello, from England) interested in promoting a European meeting of GRIN2B held in parallel to the one organized in the United States. This event will include, on the one hand, conferences of researchers and clinicians, who will provide some scientific background for families to gain a better understanding of the GRIN2B gene and its functions, and also offer them an overview of the research projects currently being carried out. On the other hand, the meeting also includes time for informal dialogue with professionals and between participating families so that they know each other, share experiences and problems and create a cohesive support group capable of lobbying for GRIN2B research.

Families will have the opportunity to meet the research team of Barcelona, led by Dr. Altafaj (IDIBELL), which is currently conducting clinical trials with a dietary supplement, the L-serine amino acid (a natural activator of NMDA receptors without side effects) for GRIN2B variants of loss of function, and Dr. Tale Garin Shkolnik (Israel), a researcher in molecular genetics and mother of a child affected by GRIN2B encephalopathy, who recently initiated a screening of drugs approved by the international FDA agency in order to identify those that may present a therapeutic benefit for pathogenic variants of GRIN2B.

Thanks to the interventions of the professionals, the families that will meet will receive, among others, information on the similarities and differences in symptoms caused by the mutations of GRIN2B, they will know how genetic diagnosis and genetic mutation are produced, detected and classified. a preclinical evaluation, will be made an introduction to the new technologies applied to treatments, diagnosis and gene therapy, and will know first-hand the Rare Commons platform (www.rarecommons.org/en), a research project on uncommon pediatric diseases, where families and doctors generate a scientific knowledge about a particular disease.

Share on Facebook
Share on Twitter
Share on Linkedin
Share on Email
Tweets by @idibell_cat
Tags: Cellular and Molecular Neurobiology , Neuropharmacology and pain , Neuroscience Program,
Manage Cookie Consent
To provide the best experiences, we use technologies like cookies to store and/or access device information. Consenting to these technologies will allow us to process data such as browsing behavior or unique IDs on this site. Not consenting or withdrawing consent, may adversely affect certain features and functions.
Manage options Manage services Manage vendors Read more about these purposes
View preferences
{title} {title} {title}
Scroll to Top