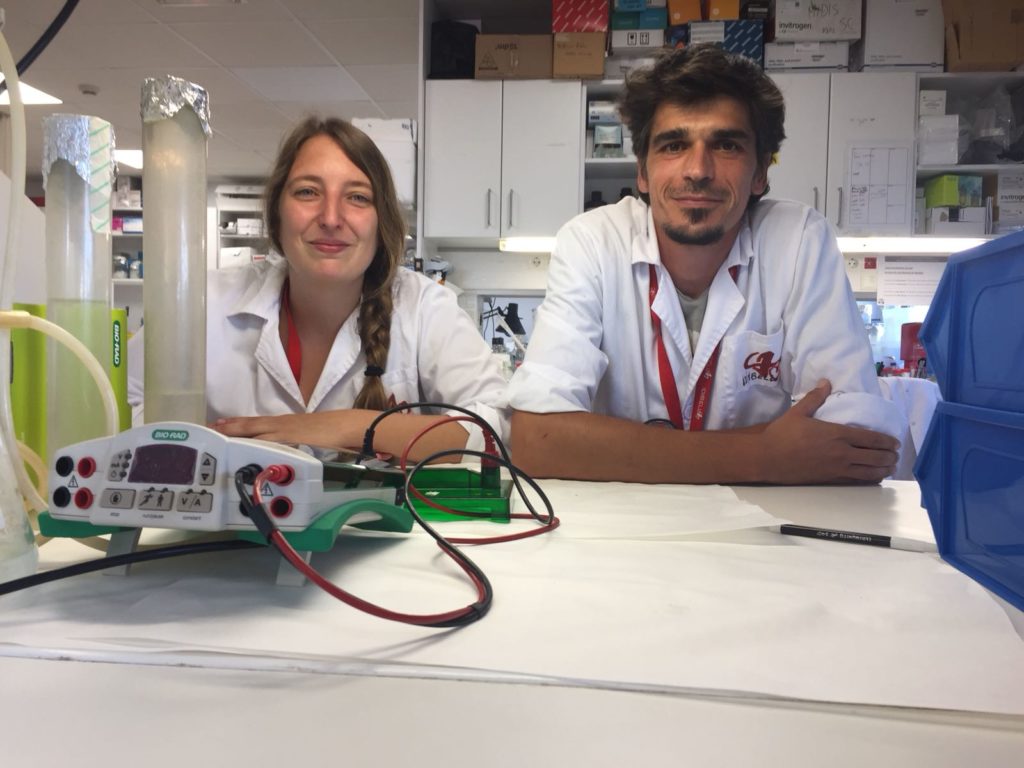 Down syndrome (DS) is a condition associated with the trisomy of human chromosome 21. As a result of this genetic alteration, individuals with DS have an excess of gene dosage of certain genes that leads to an anomalous increase of gene products (proteins). These molecular changes cause important impairments of neuronal function and, more specifically, of the way in which neurons and neural circuits communicate.

The cellular structure that allows communication between neurons in the brain is called synapse. And the molecules responsible for the transmission of information are called neurotransmitters. One of the main systems of excitatory neurotransmission in our brain is the glutamatergic synapse, that is, the one that uses glutamate (an amino acid) to transmit information (activation) from one neuron to another.

Focusing their study on a subtype of glutamate receptors present in the synapses (called NMDA type receptors), researchers from the Bellvitge Biomedical Research Institute (IDIBELL) and the University of Barcelona have described the biochemical signature of glutamatergic synapses in DS in mice. Led by Dr. Xavier Altafaj, the work, which has been published in the journal Frontiers in Molecular Neuroscience, has been carried out, to a large extent, thanks to an aid granted by the La Marató de TV3 Foundation, which in the past 2015 edition dedicated its program to neurodegenerative diseases.

According to Dr. Altafaj, “in our latest work we have characterized the enormous protein complexity of the different synaptic compartments of the hippocampal neurons of mice that recapitulate human DS”. To carry out the study, the researchers have developed a high-precision biochemical protocol and have used state-of-the-art mass spectrometry techniques, which have allowed them to identify a very high number of post-translational modifications of glutamate receptors, basically its phosphorylation pattern (the so-called phosphoproteome). In parallel, a set of enzymes (protein kinase and phosphatase) that could be responsible for this altered pattern of phosphorylation of glutamate receptors has been identified. Together, the data obtained indicate the key role played by glutamate receptors (and their deregulations) in the pathophysiology of Down syndrome, as well as identifying new therapeutic targets that will be explored in future studies.

The group of Dr. Altafaj has a long history in the study of the molecular basis of DS, and in recent years has focused on deciphering the alterations of the glutamatergic synapse. Recent studies by Dr. Altafaj’s research group showed that the levels of NMDA-type receptors are deregulated in murine models of Down syndrome, as a direct consequence of the overexpression of certain candidate genes of DS. These works, together with the indications of other research groups, led to the hypothesis that the alteration of glutamate receptors can play a key role in the alterations of neuronal function associated with DS.