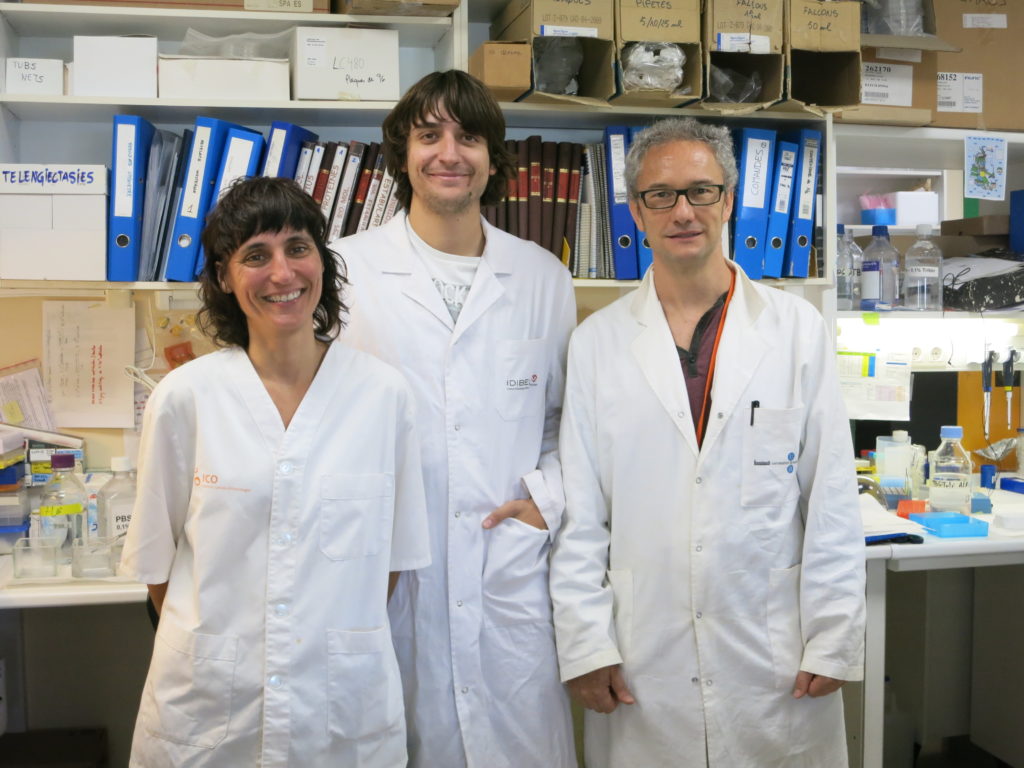 Researchers of the Molecular Signaling in Cancer group of the Oncobell program (Bellvitge Biomedical Research Institute – IDIBELL) – proCURE Program (Catalan Institute of Oncology – ICO) have described a key cellular receptor in the processes of metastasis in ovarian cancer. The finding, published in Molecular Cancer Therapeutics, might lead to the use of inhibitors of this receptor as a therapeutic target in the most aggressive variants of the disease, in which a differential expression has been found.

The IDIBELL-ICO research team has succeeded in associating the expression of the CXCR4 receptor in ovarian tumor cells to their dissemination potential through the bloodstram. CXCR4 is a receptor involved in blood cell movement, which had previously been related to processes of dissemination in breast cancer.

In studies in orthotopic models, the researchers proved that administration of CXCR4 inhibitors in cancers where high expression of this receptor had previously been detected greatly decreased the propagation of the tumor cells at the blood level and within the peritoneum. At the same time, they have also observed that the genetic elimination of CXCR4 in cell culture gives rise to tumors with slower growth and a lower percentage of dissemination.

The diagnosis of ovarian cancer usually comes late; in 80% of cases, patients already show metastases or peritoneal disseminations that can affect vital organs of the digestive, circulatory or renal systems. On the other hand, although it is true that the combination of surgery and chemotherapy with platinum derivatives works very well, the percentage of recurrence of the disease at two years is 70%.

The IDIBELL-ICO researchers believe that studyng the dissemination patterns of tumor cells is essential in order to understand and improve the prognosis of the disease. Their line of research focuses on identifying the molecules involved in this dissemination, which usually presents itself together with an abnormal buildup of fluid in the abdomen (ascites). “If we identify the factors that drive movement and implantation of tumor cells in new organs, we can try to block them in order to minimize the chances of metastasis; CXCR4 is not the only factor, but we have proved that it is one of them”, says Dr. Agnès Figueras, first author of the study.

A role for CXCR4 in peritoneal and hematogenous ovarian cancer dissemination