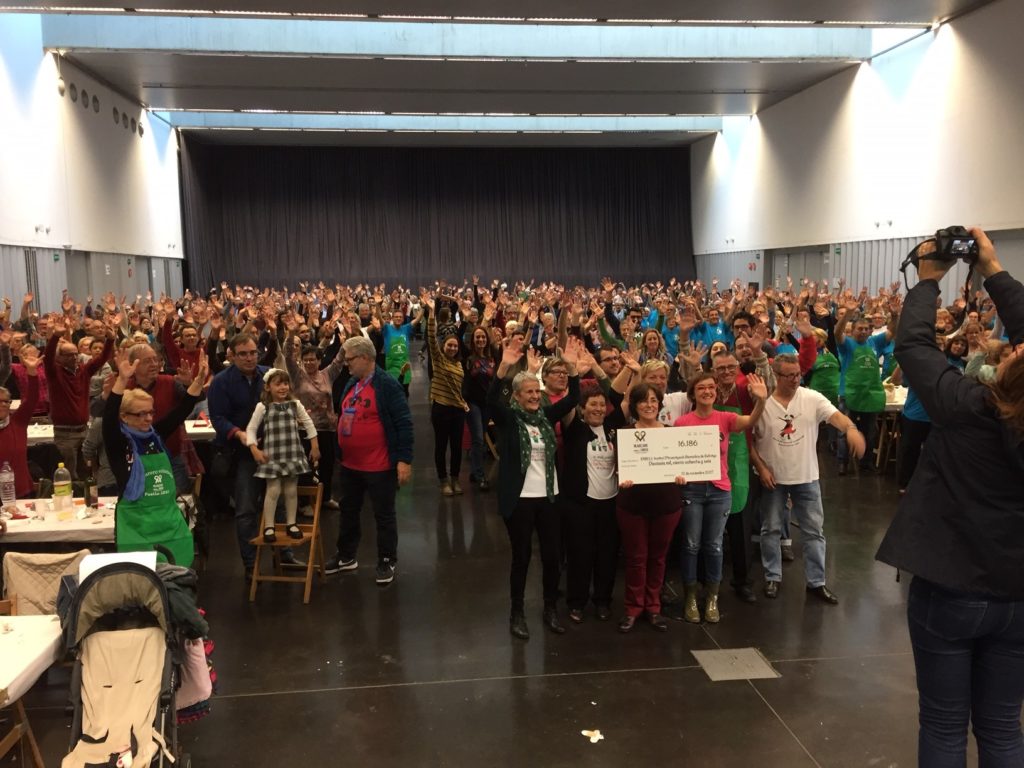 During the course of an open ‘paella’ that brought together seven hundred and fifty people in the Cúbic space of Viladecans, the Association Viladecans Against Cancer officially offered a

16,186 euros check to IDIBELL for the investigation of new therapies in the fight against stomach cancer, led by Dr. Núria Sala (IDIBELL-ICO). This amount brings together the funds that the Association has been raising for a year, through the organization of activities of all kinds, such as popular walks, charity fairs, dance sessions and social awareness talks about the disease. The party, which was attended by several councilors of the City of Viladecans, and the Board of the Association, chaired by Maria Lluïsa Capdevila, was enriched with side recreational and charity activities, and also had an intervention by Dr. Sala, who attended the event together with ICO

medical oncologists Maica Galan and Òlbia Serra. The researcher, visibly surprised, deeply thanked the donation, which will help her research team to advance in the search for a more personalized treatment of stomach cancer.

The collaboration agreement between IDIBELL and the Viladecans Against Cancer Association goes back to the beginning of 2016. In response to the members’s desire to channel, year after year, their donations to a specific cancer research project, IDIBELL opens, annually, an internal call for projects that, once prioritized, are presented to the Association during a visit to IDIBELL laboratories. Throughout 2018, the association will work to raise funds for a project that looks for a treatment for metastasis in cancers of unknown origin, led by Dr. Manel Esteller.