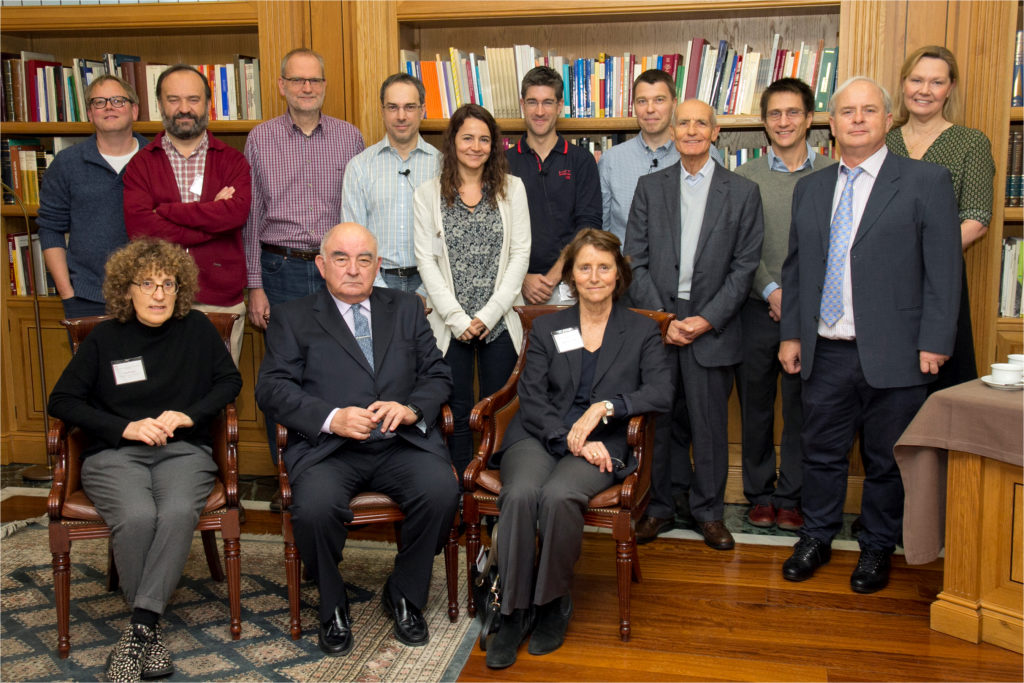 The symposium “Amino acid transport defects”, organized by the Rare Diseases CIBER and the Ramón Areces Foundation, took place on November 20th and 21st at its headquarters in Madrid. In addition to national researchers, including the group of Dr. Virgina Nunes of IDIBELL, who coorganized the symposium, seventeen of the leading specialists in this field from Europe, Asia and Australia attended the event, which introduced pathology mechanisms and developed therapies for diseases associated with defects in the transport of amino acids.

The diseases covered were mainly hereditary and rare, but there were also relevant contributions to common diseases such as diabetes and cancer. The symposium focused on four main groups of transporters (heteromeric, mitochondrial and the neurotransmitter transporter family, both in its neural and metabolic aspects). The latest advances known about the molecular mechanism of these transporters were presented, focusing on heteromeric and mitochondrial transporters, glutamate and glycine. At the same time, new pathology mechanisms in aminoacidurias, mitochondrial diseases and neuronal synapses were described. Among the presented therapies, the main highlights were the new metabolic treatments for myelination defects and the molecular bases of of glutamate transporters inhibitors.

The interdisciplinary nature of the symposium encouraged the flow of information among attendees working on the transport of amino acids and their associated pathologies.

Share on Facebook
Share on Twitter
Share on Linkedin
Share on Email
Tweets by @idibell_cat
Tags: Human Molecular Genetics,
Manage Cookie Consent
To provide the best experiences, we use technologies like cookies to store and/or access device information. Consenting to these technologies will allow us to process data such as browsing behavior or unique IDs on this site. Not consenting or withdrawing consent, may adversely affect certain features and functions.
Manage options Manage services Manage vendors Read more about these purposes
View preferences
{title} {title} {title}
Scroll to Top